I shed my bathrobe and step into the -230 degree chamber, closing the door behind me. Instantly, my breath crystallizes, clouding my view of the single small window to the world outside this four-by-four-foot closet. I can barely make out the face of my guide, Milla Jouravleva, the owner of the Fuel Stop, smiling and waving three fingers at me through the glass: three minutes to go. 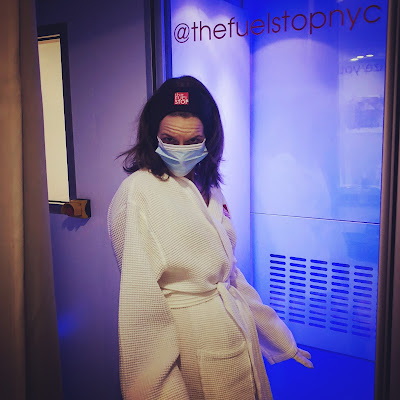 The Fuel Stop, which bills itself as “Your urban anti-spa,” is a bright and cheerful facility located in a basement suite off Central Park South. Its cryochamber, where I’d come to freeze myself for 180 seconds, is New York City’s only natural-air, nitrogen-free, full-submersion cryochamber; other places have a tank that leaves the head exposed and use nitrogen to chill the air. People use cryotherapy to strengthen the immune system, reduce pain and inflammation, build endurance, increase collagen production, and improve mood and energy. Since this was my first time, I had signed up for the Refuel Intro Circuit, which includes time in the cryochamber, a cryofacial, and a shot of “brain floss,” a brain-enhancing nonalcoholic cocktail. Having just come off a transcontinental red-eye, I was hoping for some of those salubrious effects. 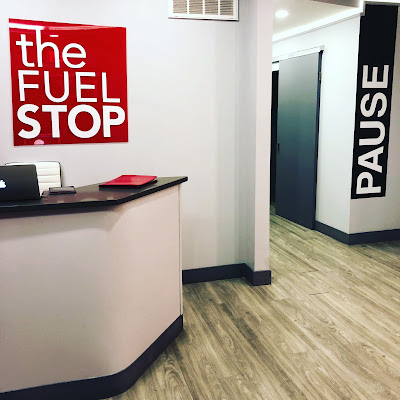 After a brief tour, a man named Fernando handed me a plastic tote with the necessary supplies for my experience. Besides these protective covers for my extremities, all I’d have on was underwear, since the cold, dry air is supposed to make contact with the whole body to work its magic. 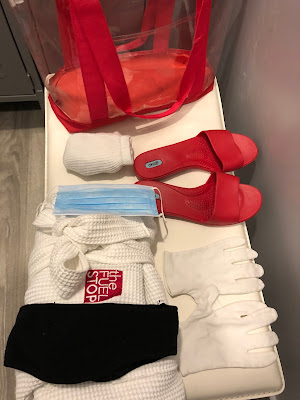 I am not a dancer, much less someone who dances in front of a stranger, while standing half-naked in a -230 degree closet wearing fleece earmuffs, wool mittens, a paper face mask, and tube socks under red rubber slippers, so I cringed when Milla presented me with a playlist of dance songs to accompany my time in the chamber and perkily suggested Taylor Swift. But once I stepped inside, I realized I had no choice but to dance—vigorously—in order to maintain some semblance of circulation. The chamber consists of two small rooms: a pre-chamber, which is slightly less cold than the main chamber, and the cryochamber itself. The door opens easily (I tested it), and Milla had said I could let myself out at any time, but I was determined to stick it out. 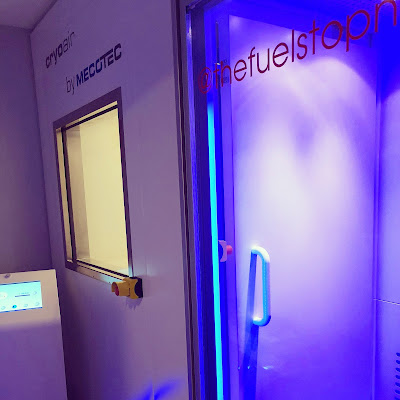 I also hadn’t realized how poignant the song I chose would be: Angie Stone’s “Wish I Didn’t Miss You.” Though I’d thought I would feel self-conscious having a spectator, I clung to the image of Milla’s encouraging face through the clouds of frosty air and to her three fingers disappearing one by one until only one remained. 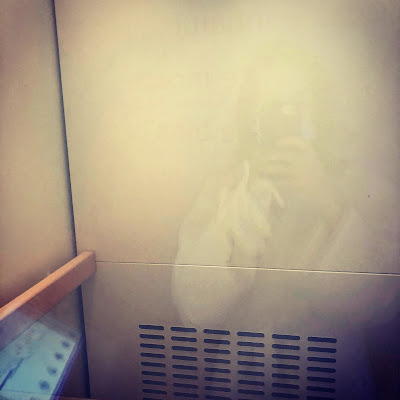 It’s safe to say it was the longest three minutes of my life. The first minute passed easily enough, but halfway through I felt frost collecting on my eyelashes, and my skin began to feel like gelatin, or as if the entire surface of my body had fallen asleep and was no longer connected to me. I couldn’t feel myself touching my own skin. In fact, this is what is supposed to happen: the extreme temperature causes the blood to retreat from the surface of the body to protect the internal organs. I didn’t think I’d make it through the final minute, but once Milla’s last finger disappeared, I fled through the door and she was waiting with my robe and a mug of dandelion tea. She led me, as I trembled violently, to a vibrating platform, where I stood for a few minutes to get my blood flowing. 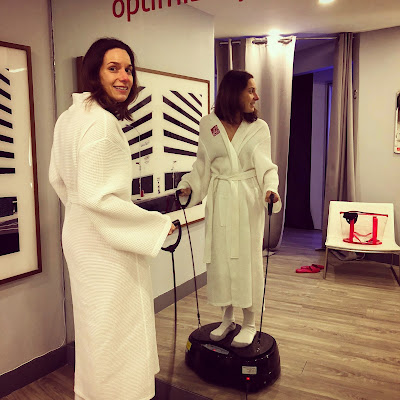 With tingling skin and a very red nose and ears, I went into a small room for my “cryofacial,” which began with Milla smearing purified snail goo on my face. Then she took a hose connected to a machine filled with moist air chilled with nitrogen. She covered me with a fleece blanket and aimed the nozzle of the hose at my face. At -280 degrees, this air was even colder than the air in the chamber, but because it was moving around, it felt like skiing downhill, leaving me slightly out of breath but refreshed. Between these cold blasts and the aftereffects of the chamber, my pores were dancing. 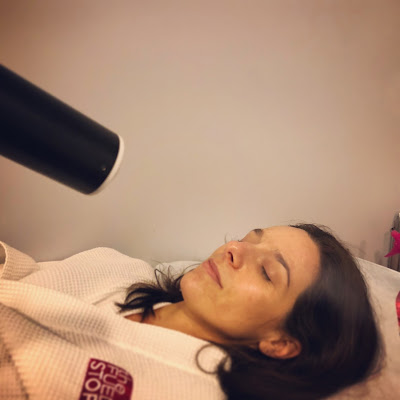 Finally, I got dressed and made my way to the bar, where Fernando had prepared a shot of “Brain Floss,” which allegedly acts as a brain detox, slowing down cognitive decline, increasing altertness, and protecting neurons from oxidation, among other things. I’m not sure about all that, but it tasted like lemon and ginger and turmeric and honey and was the perfect warming antidote. 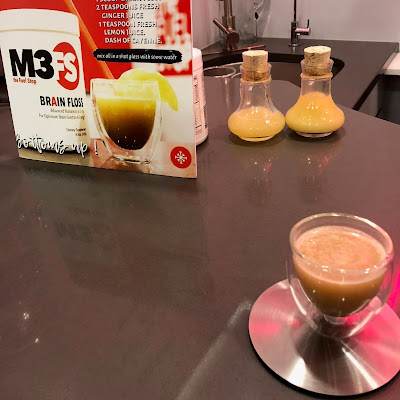 As for the effects of my cryotherapy experience: My jet lag and faint headache disappeared, and I felt awake and clear-headed. My skin had a dewy glow. As I made my way through the Midtown winter afternoon, I continued to tremble, but in a new way: the cold was coming from the inside out.
The Fuel Stop is located at 200 Central Park South, https://thefuelstop.com/. Thanks to Milla for the photos.
Share on facebook
Facebook
Share on twitter
Twitter
Share on linkedin
LinkedIn