Once you start looking, you’ll start seeing pleats everywhere in the city. In the plastic awnings on Queens rowhouses. In the air filters stacked at a Brooklyn auto-repair shop. In the curtains at the Metropolitan Opera. In the folds of a bulldog’s nose, and in the metal wall at Erie Basin Park in Red Hook (below). 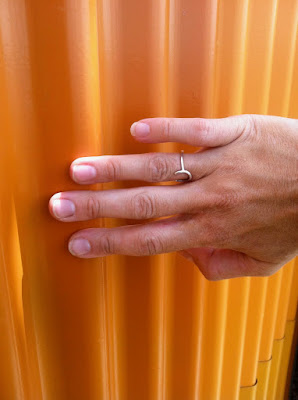 But on the fourth floor of a building in the West Thirties, above a garage for hot dog carts, you’ll find International Pleating, the last remaining pleating factory in the Garment District. You’ll also get to shake the deft hands of Leon and George Kalajian, its father-and-son owners, who are carrying on their family’s 150-year tradition of textile manufacture and manipulation. 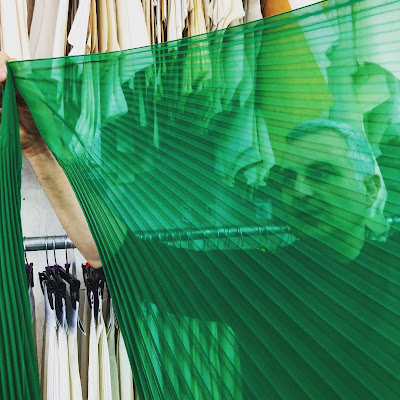 George, who recently released the only extant textbook on pleating, is gradually taking over the business from his father. Leon is officially retired, but “you can’t stop him,” say George. Leon declares that no one knows anything about pleating anymore except the Kalajian family. At one point there were almost forty pleating factories in the Garment District; since then, most of the work has moved to China. 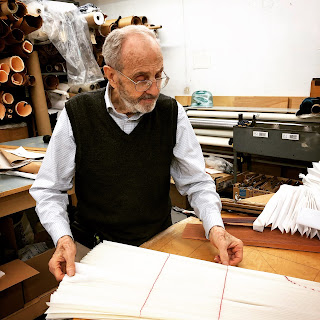 In the house in Lebanon where Leon was born, his mother kept a secret room for her couture sewing work. Leon was in charge of placing hot irons outside her closed door. “Then one day, she let me in,” he says. From that moment, there was no going back. As his mother taught Leon the basics of hand-ironing, he began to come up with new ways of doing it “my own way.” 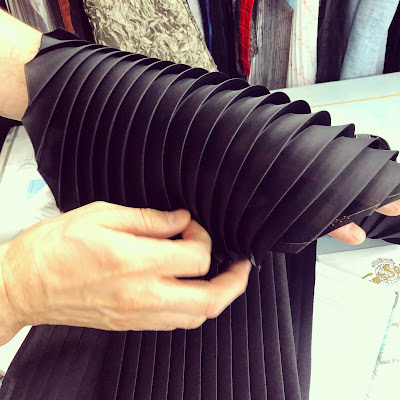 He started to experiment with fabrics, and began selling garments on consignment at a local shop. By the time he was fifteen, his business was going strong. His goal was—and remains—to create something new with each project. He claims he’s made twelve thousand different patterns since then. 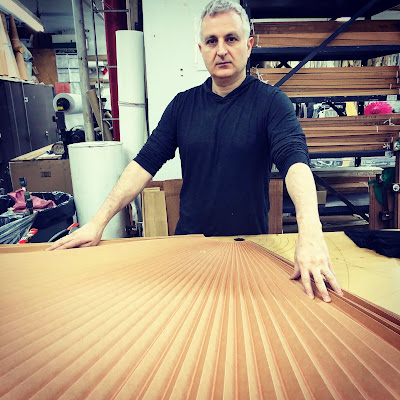 The factory’s single room, with large windows framed by pleated curtains, is a clutter of machinery and paper. There’s not as much fabric as you’d expect. Most of it is sealed away in molds—tubes, cones, or flat stacks—being pressed into its final pleated form. 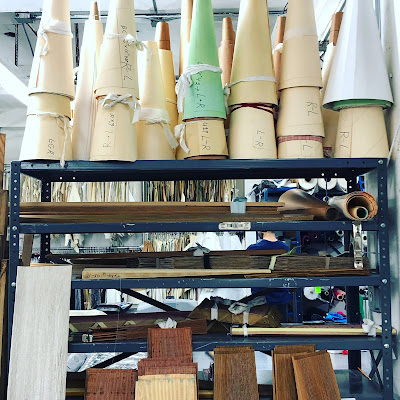 Pleats are a symphony for the senses. Running one’s fingers over the springy crenellations, the heights and shadows, creates a satisfying tactile rhythm. Pleats are precision, edge, and depth. 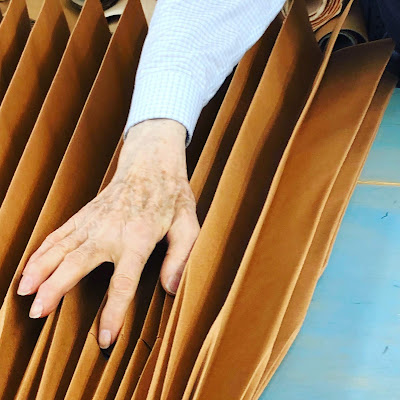 Perhaps equally satisyfing is the sound of a paper pattern unfurling from its mold—bump-a-bump-a-bump—revealing a tricky pleated shoulder cap for a sleeve. 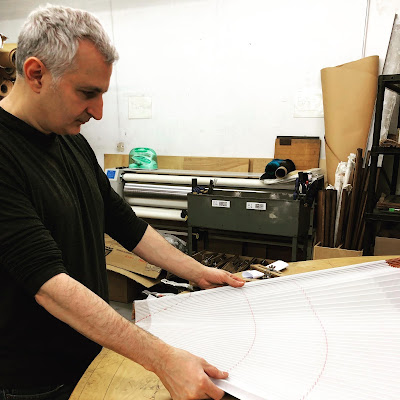 How do you pleat fabric? For straight pleats, you use a machine: International Pleating’s green behemoth is a German model so old that one one except the Kalajians knows how to repair it anymore. 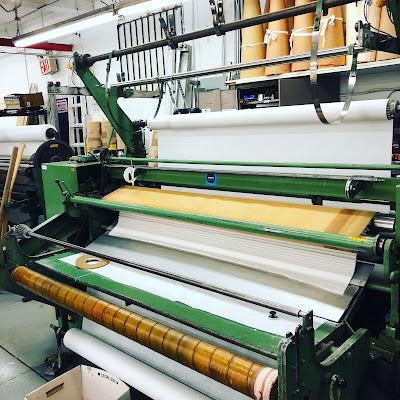 Other types of pleats require a mold. You spread the fabric over stiff cardboard, which is shaped into the pleating pattern, place the mold in a rack, and place the rack in an industrial oven, which effectively irons the pleats into the fabric with heat, pressure, and steam, then let the fabric dry on racks. George has developed a code for each form. There are many things to consider before pleating: the direction of the fabric grain, the fabric weight, whether a pattern is preprinted or will be printed after pleating, the direction of the pleats. 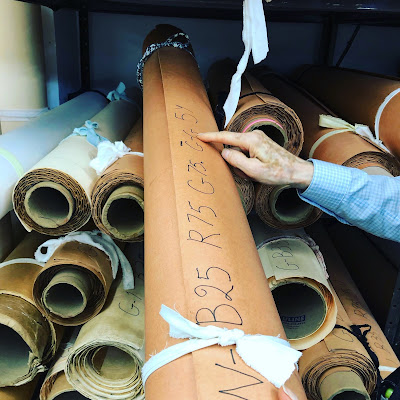 “Even today I always say to George, ‘We are not working for money; we are working for quality,’” Leon tells me. Passing on their family’s knowledge of pleating is the Kalajians’ contribution not only to the fashion world but also to their adopted city. “I want to do something to save the city,” Leon says. “Not the world—the city.”