Once an iconic New York City street food, the Charlotte Russe is a Push Pop–style confection encased in a cardboard shell with a movable bottom. Inside, a disc of sponge cake is topped with a dollop of jam and crowned with spirals of whipped cream and a nut-dusted Maraschino cherry. As you eat it, you push the bottom up with your thumb, permitting access to the pastry’s deeper layers. 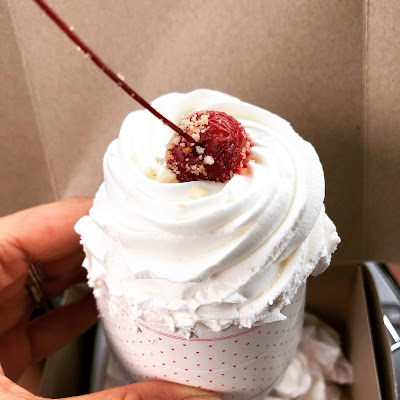 My search for the elusive treat led me to Holtermann’s Bakery, reportedly the only place in the five boroughs to make Charlotte Russes today (until a few years ago, Bay Ridge’s Leske’s sold a delicious version available by pre-order). Founded in 1878, Holtermann’s is the oldest family-owned bakery on Staten Island. 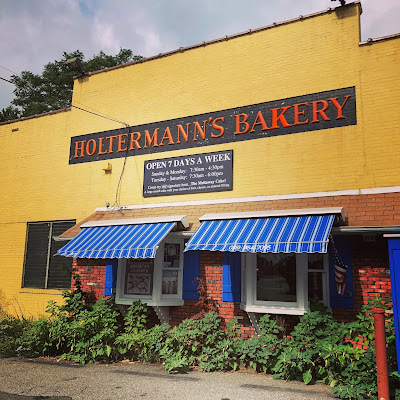 The pastry, however, receives no fanfare at Holtermann’s: there’s no banner proclaiming the shop the last bastion of Charlotte Russes in New York; the little turbaned pastries are not set apart on a golden tray. In fact, they sit in a corner of the display case on a plastic tray alongside their pastry peers. While I’d raced across the Verrazano, afraid they’d sell out, on the day of my visit the other customers were buying rye bread, doughnuts, and apple cake. 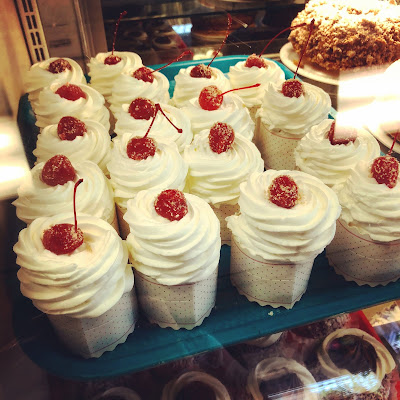 According to an article on the lost foods of New York, the Charlotte Russe—reportedly pronounced “Charley Roosh” and nicknamed “the Brooklyn Ambrosia”—was sold in the early to mid-1900s from street carts, candy stores, and bakeries as a quick after-school treat. Kids loved the novelty of pushing the cake upward, licking their way through the layers of cream, jam, and cake, and the challenge of achieving the right proportions of each in a single bite. 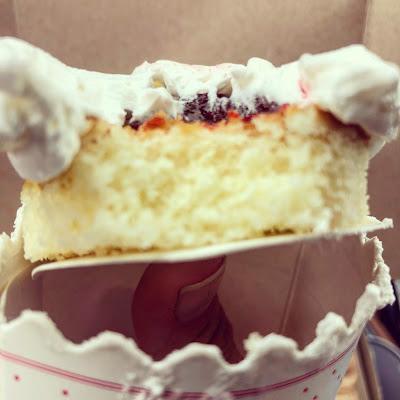 Though it looks heavy, the Charlotte Russe is actually airy. Removing the cherry—and savoring its waxy, syrupy, one-bite burst—reveals the enticing hole at the center of the cream spiral. The only way to eat the cream is to scoop at it with one’s top lip, rotating the cardboard shell as you go. Once the cream has leveled out with the scalloped top of the cardboard (which can be licked clean later), you start to crave a new texture. It’s time to start pushing it! 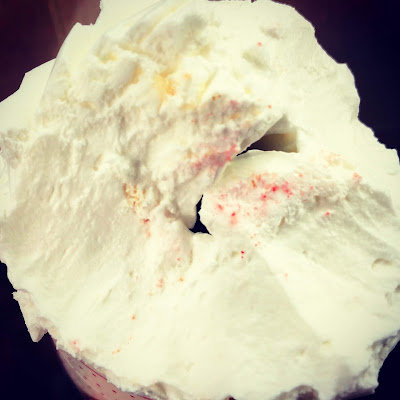 You position your thumb at the center of the bottom of the shell and urge the pastry upward. With a squeaky rasp of waxed cardboard, the concoction rises like an elevator, revealing the golden coin of cake and leaving the Swiss-dotted cardboard behind like a discarded pinafore. 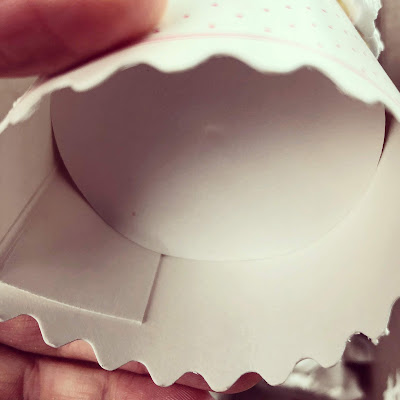 After conquering the pastry’s crown, the real joy of the Charlotte Russe begins: the contrast of textures between the cloud of cream; the cool, sticky dab of jam; and the spongy, grainy cake. As one schoolchild I know observed, it’s not unlike a peanut butter and jelly sandwich, the Charlotte Russe’s successor in the realm of after-school treats: sweet and salty; smooth and crumbly; creamy and acidic. No matter how many times we’ve eaten it, it always surprised and delights us with its symphony of contrasts—not unlike New York City itself. 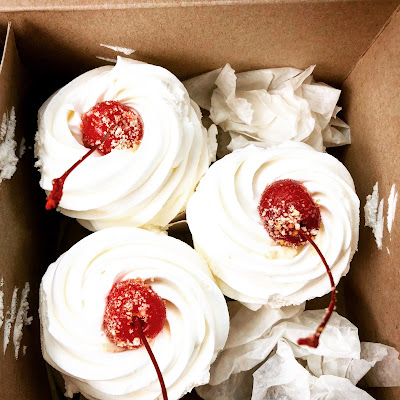