SOUND: The Upper East Side on a spring day

In celebration of the March 2016 opening of the Met Breuer, the organization MetLiveArts commissioned sound artist John Luther Adams to compose music to accompany the walk between the Metropolitan Museum of Art and the museum’s new contemporary art space. Collectively titled “Soundwalk 9:09,“ the piece comprises two tracks, each nine minutes and nine seconds long, the time it takes the average person to walk between the two museums. One track is intended to be listened to while walking uptown, the other during the stroll downtown. Adams used nothing but recorded sounds from the blocks between the two museums for his composition, “sculpted and filtered … to reveal resonances that lie hidden around us all the time.” 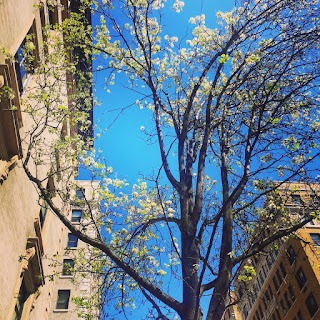 On a recent spring day, when the tulips along Park Avenue were in full bloom, I decided to give “Soundwalk 9:09” a try. But as I was walking and listening, I kept wanting to take off the headphones and listen to the live sounds around me, sounds that reflected this actual April afternoon, rather than ones Adam had recorded months ago. I found his piece was more inspiring to listen to at home—but it also made me realize the richness of the soundscape of an ordinary New York City day. 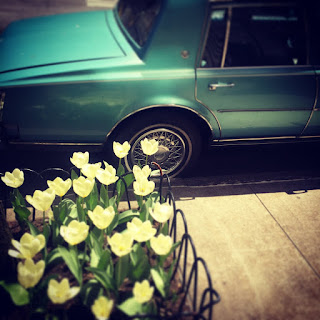 The strains of an underground trumpeter issuing from a subway grating, accompanied by the rattling of an approaching train. 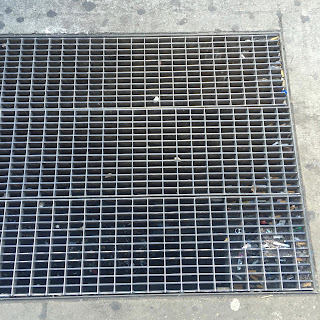 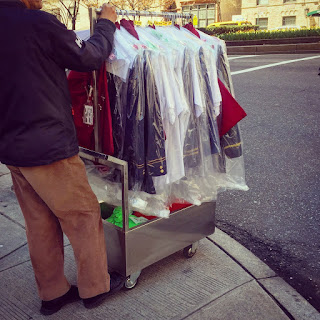 The joyous shouts of children at recess from the schoolyard of PS6. 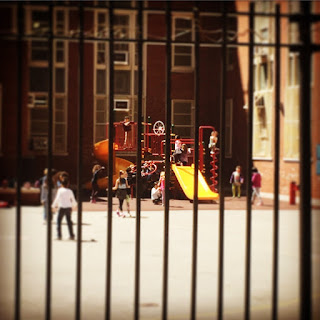 The uneven flapping footsteps of a woman breaking in a new pair of spring flats. 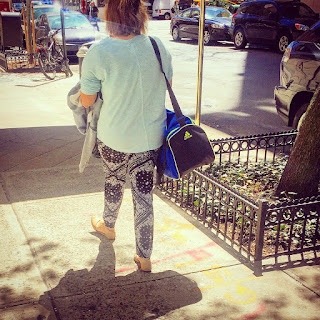 The splat and fizzle of a man hosing down the windows in his courtyard. 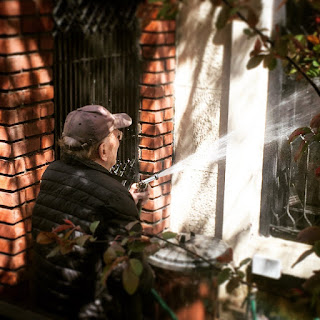 Birds chattering and caroling as they swept in and out of their nest atop an air conditioning unit, carrying sprigs of branches. 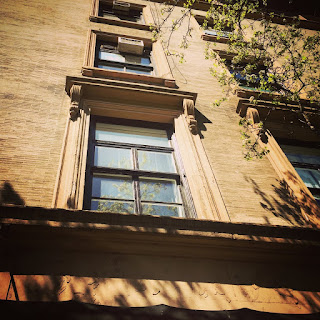 A bulldozer rumbling and grinding and clattering and beeping as it excavates the front steps of a townhouse. 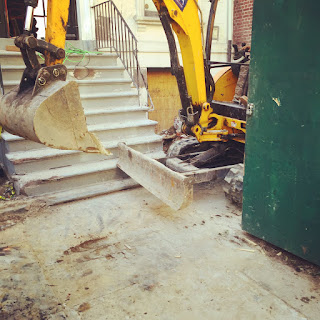 The horns and shouts and brakes squealing and the slamming taxi doors of impatient customers as a whining ambulance struggles to push through gridlock. 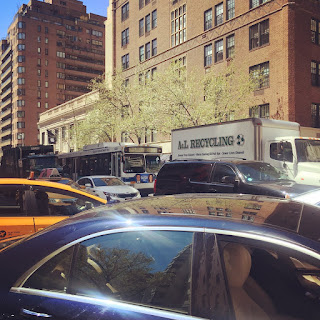 The sibilant hiss of steam escaping from a manhole from one of ConEd’s orange chimneys. 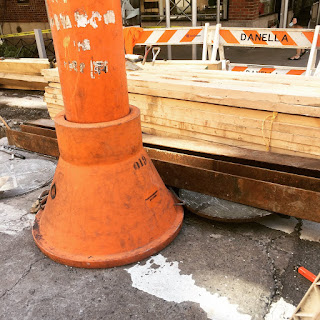 The jingling of dogs’ collars as they patter past, tethered to their walker. 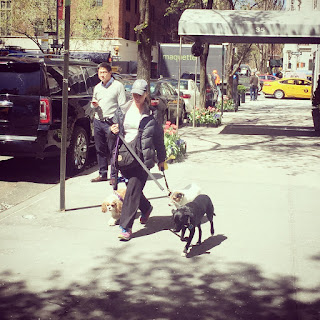 The groans and grunts and gasps of a professional carting truck with a surprisingly mellifluous name. 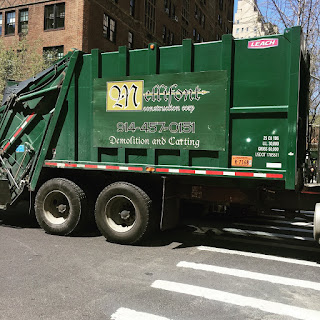 Also: the screech of a toddler in a spring dress throwing a tantrum, the jingle of charms hanging from a woman’s purse zipper, a woman saying into her cell phone, “I don’t remember: was it the Hampton Bays maybe?,” a nanny singing to her young charge as they cross Park Avenue, and a fat bee circling a tulip, buzzing lazily, then burrowing in. 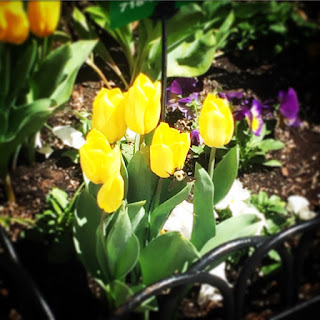 0 thoughts on “SOUND: The Upper East Side on a spring day”