SOUND: The “current of silence” at the Writers Room

Sense & the City has written before about finding silence and solitude in New York City: in the hush of the New York Public Library’s Rose Main Reading Room; in a midtown office space rented by the hour through the Breather app; in the mind-altering silence of Cooper Union’s anechoic chamber; and, most recently, in a napping pod at the Casper Dreamery. 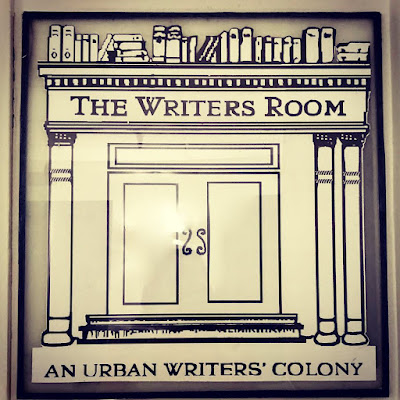 But the silence in the Writers Room—the nation’s first nonprofit, shared writing space—is of a different order. In this sanctuary, housed in a penthouse overlooking Astor Place with views of the Empire State Building, the silence creates a current of creative pursuit that its members can tap into twenty-four hours a day, 365 days a year. This species of generative quietude—free from the distractions of music, cell phones, and conversation—is an urban rarity, particularly in New York. 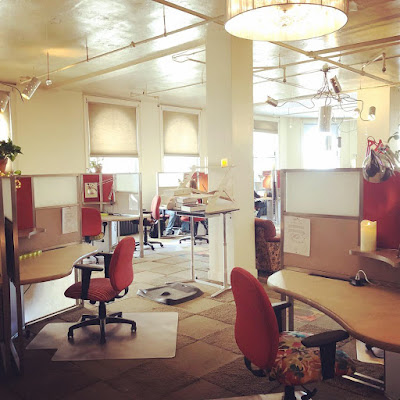 “It’s about creating energy that’s single-mindedly focused on creating,” says Writers Room executive director Donna Brodie. “If you’re on your phone, you’re draining this current.” The space here may not look too different from most coworking spaces: desks arranged in pods, armchairs, plenty of outlets, a small kitchen, and even a nap room. But the atmosphere of most shared workspaces promotes networking among freelancers, and membership comes complete with kombucha on tap, yoga, and foosball. Here, the no-cell-phone and no-chatting policies are so cherished that they hardly need enforcing. While the internet is, of course, available for procrastinating as well as research, some members choose to sit with their screens in full view to prevent themselves from being caught cheating on their writing time. 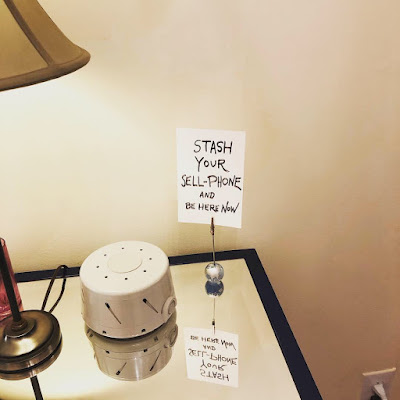 Writers of all genres come here to write—and that’s all. They do not grade papers, fill their Fresh Direct carts, or reconcile their Con Ed bill. The “current of silence,” as Donna calls it, is no doubt the reason more than 1,400 books have been written at the Writers Room since its 1979 founding, in a small office off Bryant Park, by four authors—all parents—searching for a distraction-free space to pursue their craft at any hour of the day. 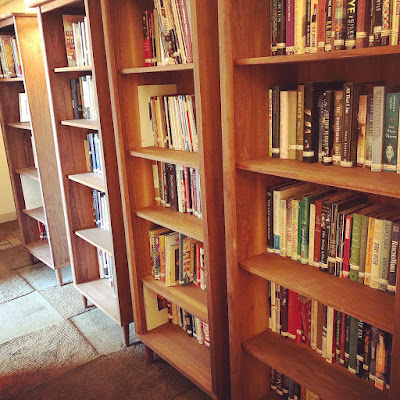 About seventy of the Writers Room’s two hundred members use the space daily (annual membership amounts to about $5.50 per day), and after midnight there is usually a handful of night owls in attendance, ensuring that at least one of the forty-five desks is always available. 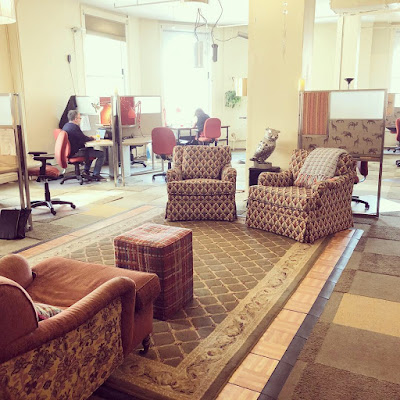 To ensure silence, the room is carpeted; humidifiers and white-noise machines muffle footsteps and coughs. During the several hours I spent there, the loudest sound I heard was the clicking of the flame on an electric candle on my desk (I turned it off). By midmorning, about half the desks were full. The writers took their shoes off, propped their feet on their desks, consulted notebooks, sipped coffee, stared into space, tapped at their keyboards—just what you’d expect, except not only was there was no chitchat; there was virtually no eye contact. Everyone was in their own creative zone. Conversation is allowed in the kitchen, but even there writers were huddled over laptops munching on the signature snack: Costco peanut-butter-filled pretzels. 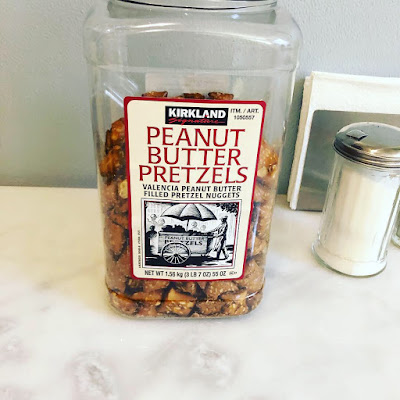 “The community is a very broad spectrum of people with different needs,” Donna says. “Some don’t want community; others want to interact. There’s no pressure to be part of a team.” As the nation’s oldest and largest urban writers colony, the Writers Room distinguishes itself from Yaddo and the MacDowell Colony, which require writers to exit their daily lives. “Sure, people can write at home in their pajamas, but why can’t writers have a dedicated workspace in the same way as dancers or other artists do?” she says. “Writing is the loneliest of professions. Coming here, even if you don’t exchange a word with anyone—it gives you the lift of spirit you need.” 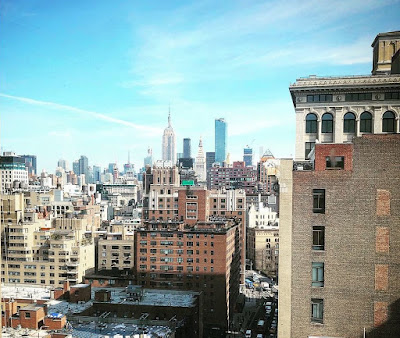