SOUND: The ball machine at the Waterfront Museum

On a breezy Thursday afternoon, there’s practically no better place to be than aboard the retired hundred-year-old railroad barge anchored off a pier in Red Hook that is home to the Waterfront Museum. 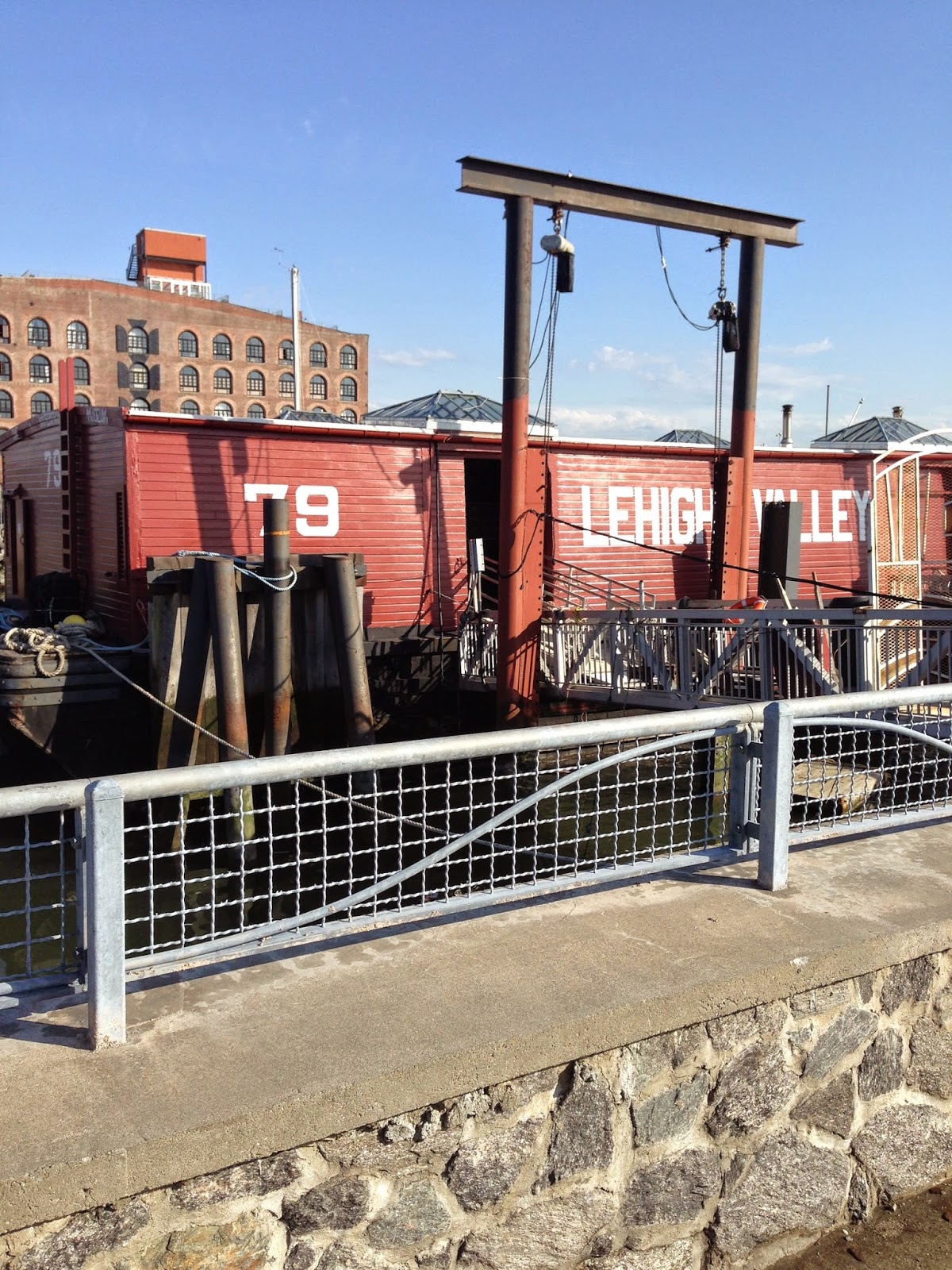 Among the museum’s many wonders is the audio-kinetic sculpture that I call “the ding-dong ball machine.” Cross the gangplank from the pier and enter a dim, creaking, magical maritime mecca overseen by David Sharps, a former cruise-ship juggler, who lives with his family belowdecks. 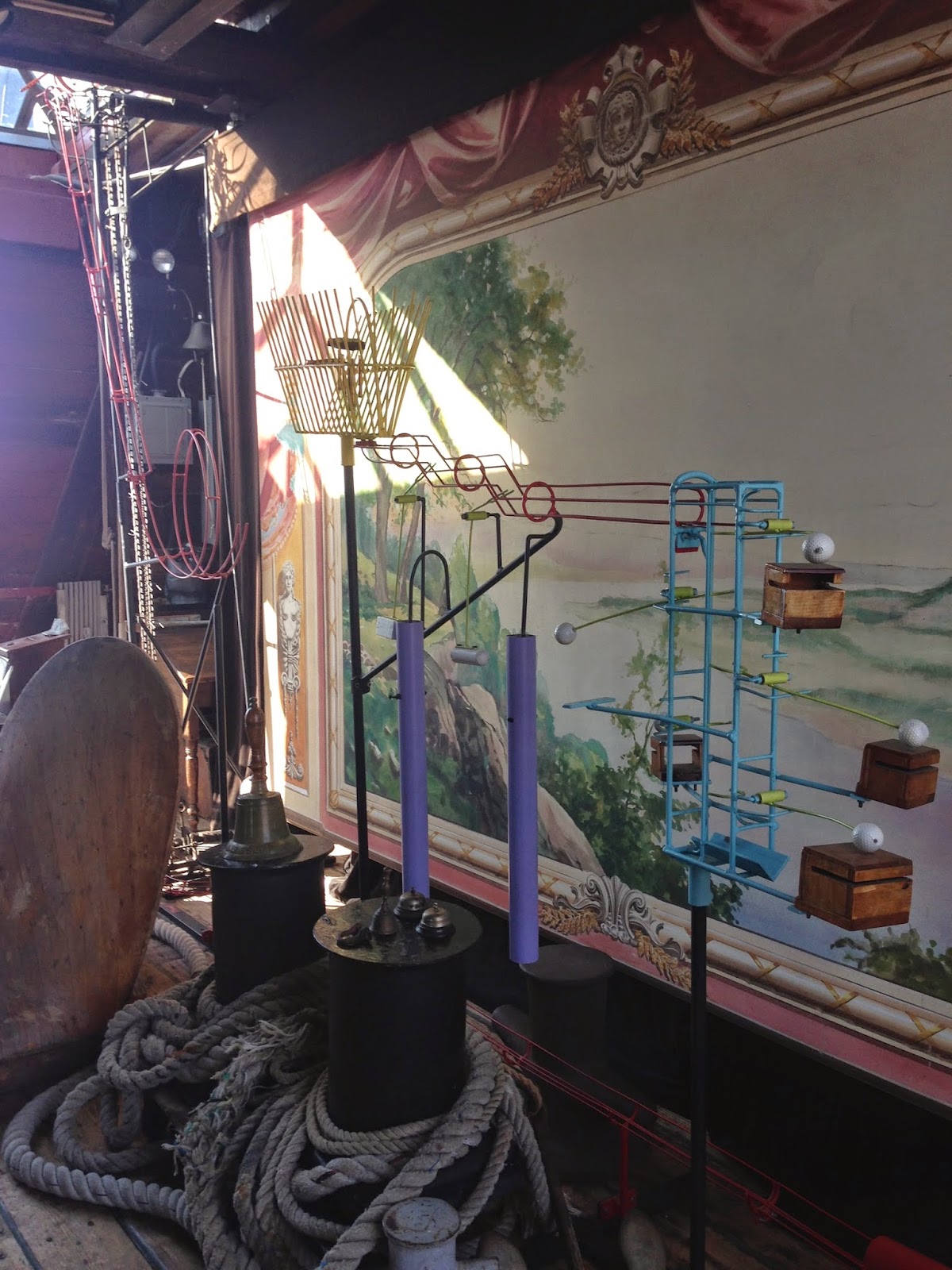 Just ask, and David will flip the secret switch that sets the ball machine in motion. A vertical chain fitted with a series of forked lifts scoops up golf balls, hoists them along the chain, and then expels them into a couple of tubes that set the sequence of clatters, chimes, knocks, and tinkles in motion. 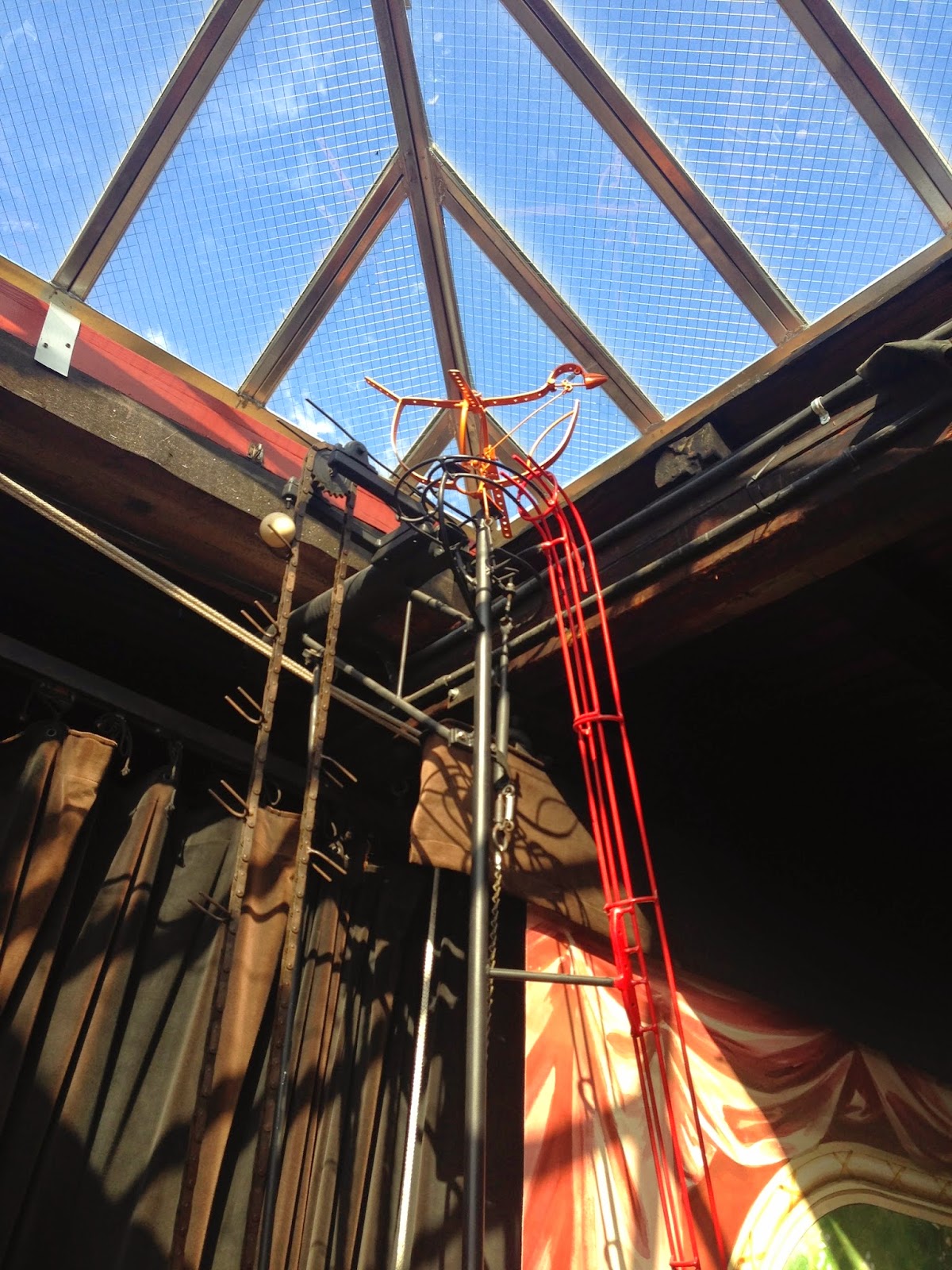 At the crown of the sculpture, an orange metal chicken occasionally flaps her wings and opens her beak, when various gears are activated. The ball gets spun through a loop-de-loop, shoots out into a cage with a wind chime dangling inside, travels down a wire tunnel, where it runs over a couple of levers attached to wooden knockers that then bang on a few metal pipes, then falls through another cage, along the way setting off a percussion of four balls that knock against hollow wooden boxes. 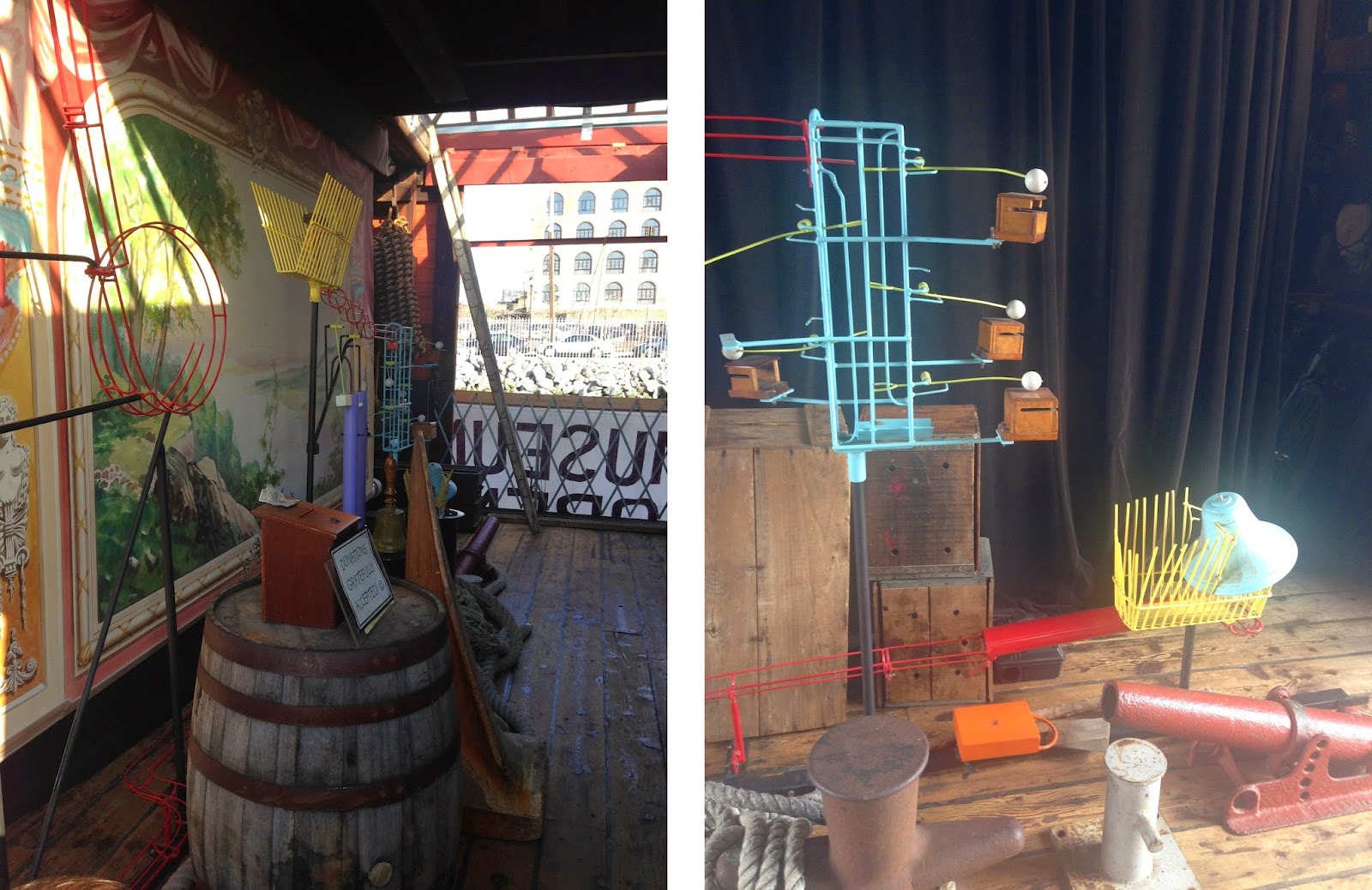 Finally, the ball slams into a blue ship’s bell and rolls along the wire causeway at the bottom of the machine, only to be scooped up again by the forked lifts, continuing the kinetic sound tapestry.


The sequence of sounds is always the same, since the sculpture is fixed, but David varies the intensity by spacing the balls at different intervals, creating a burst of percussion as several balls career through the sculpture, followed by a long, anticipatory pause as the next balls make their way up the chain—a pause filled, not uncomfortably, by the lapping of waves against the hull, the creaking of the wooden barge, a distant ferry or tugboat horn, or another visitor playing with David’s collection of nautical bells, which are scattered throughout the museum: fog bells, captain’s bells, dinner bells, ferry bells. 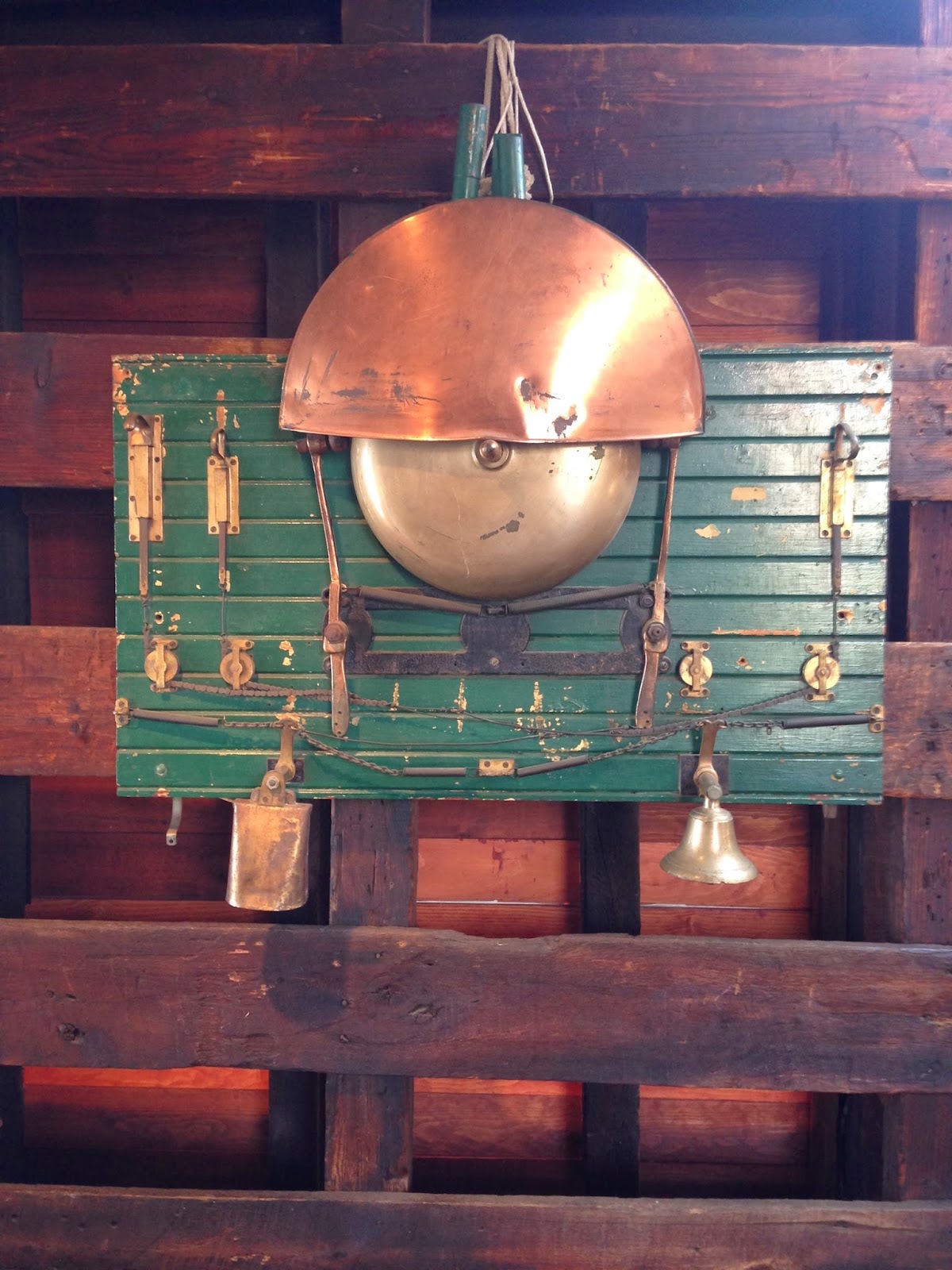 The ball machine was created by artist George Rhoads in 1989. The barge, officially named Lehigh Valley Rail Road Barge #79, was built in 1914 and plied the waters of New York Harbor, transporting railroad cars full of merchandise from one port to another before the advent of bridges and tunnels. David bought the barge in 1985; when he found it, it was sunk in the mud off of Edgewater, New Jersey. It is currently the only surviving floating barge of its kind that is able to receive visitors. 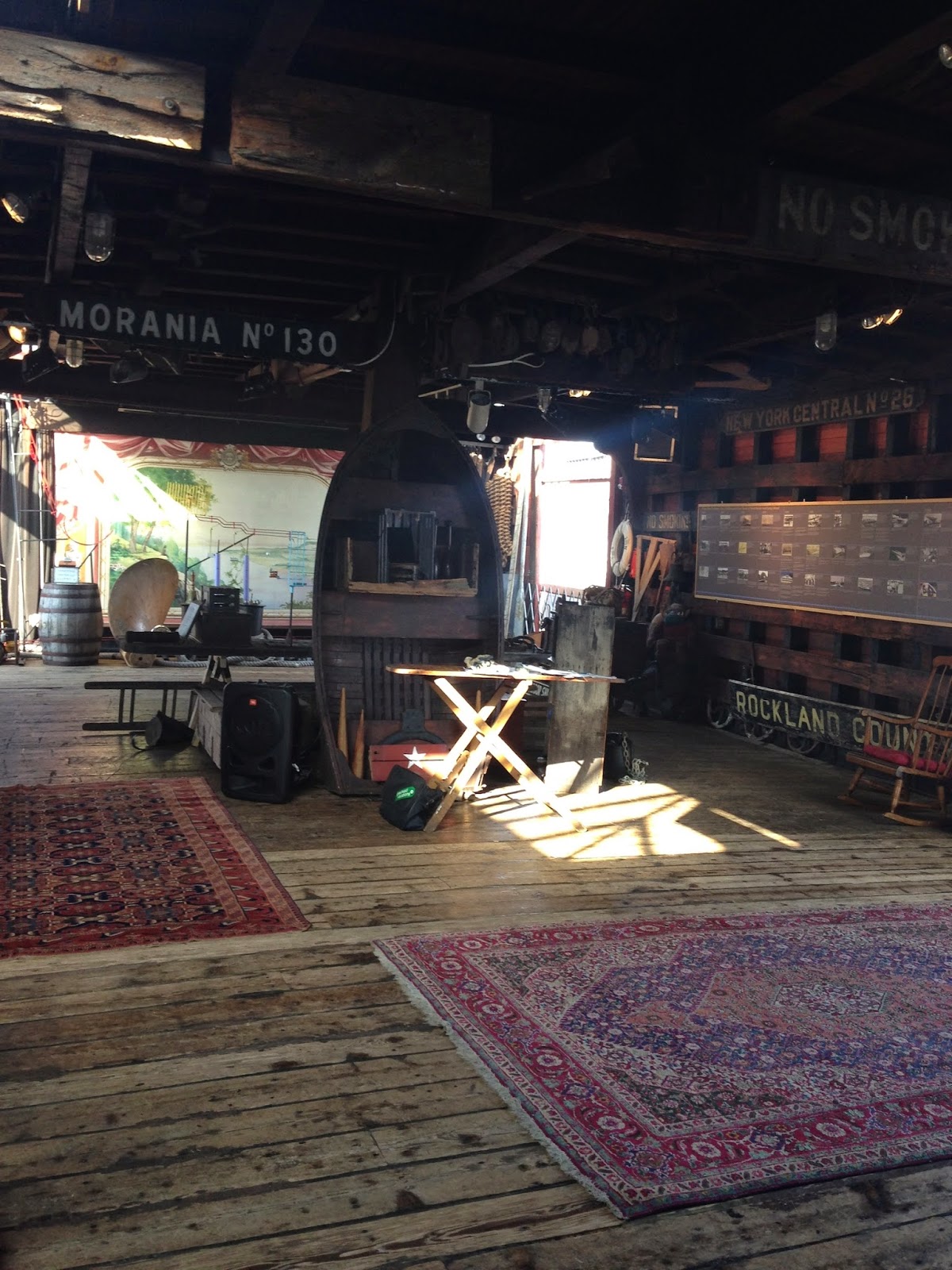 It’s a rare treat to spend a half hour away from it all, standing in the middle of a gently swaying barge on an Oriental-carpet-strewn floor, admiring tugboat paintings and all manner of nautical relics, with the breeze coming in the wide-open doors, redolent of salt, seaweed, old carpet, dust, wood, and a faint undercurrent of sewer, and watching a series of balls zinging and zooming, leaping and falling, adding in their small way to the urban soundscape. 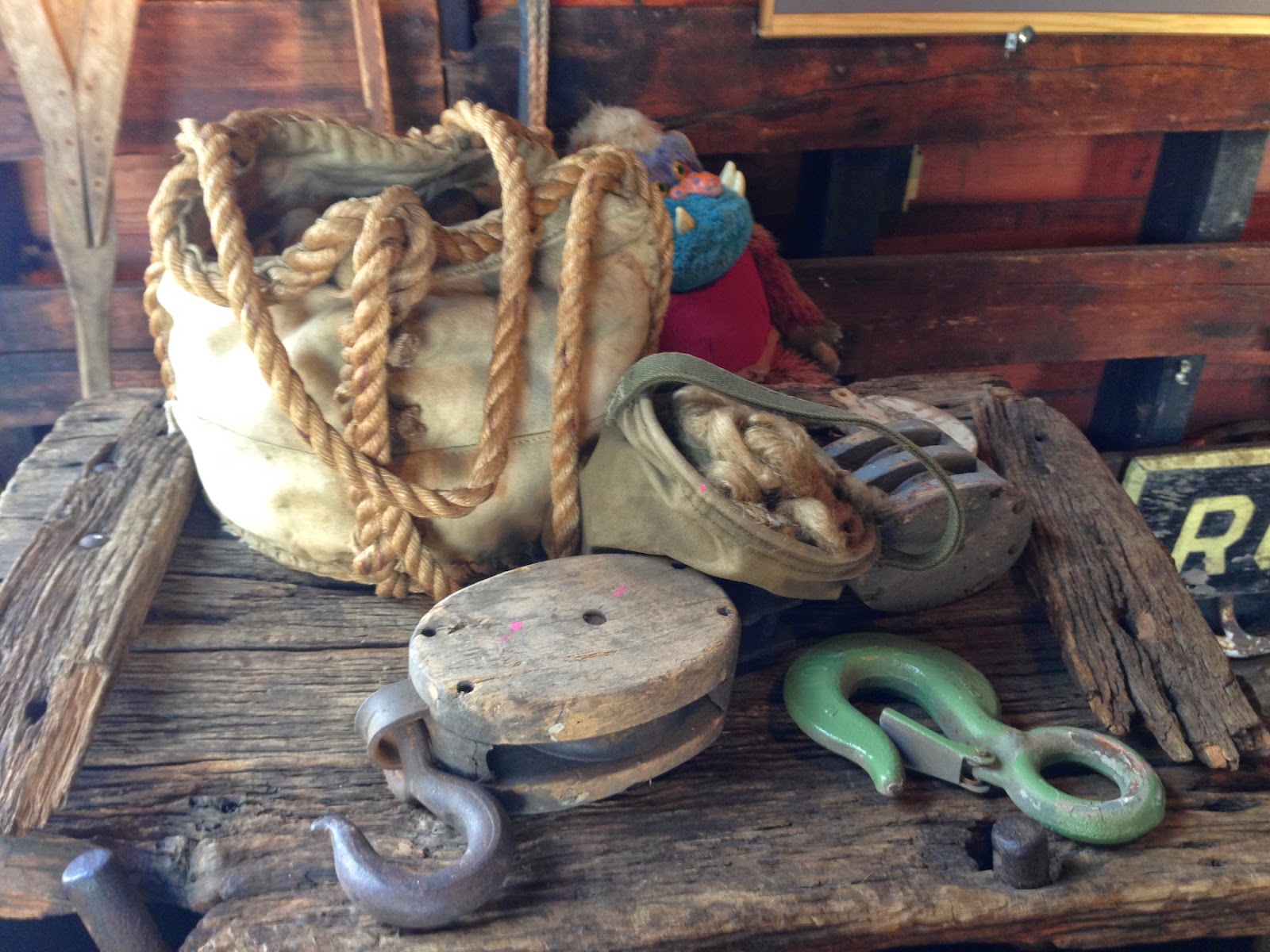 The Waterfront Museum is open year-round on Saturdays from 1 to 5 pm for free tours when the barge is docked in Red Hook. It is also open in the warm months on Thursdays from 4 to 8 pm. The barge is located on the pier at the end of Conover Street, right across from the Fairway parking lot.
For more information, see http://www.waterfrontmuseum.org/.
For more information on George Rhoads, see http://www.georgerhoads.com/.
Facebook
Twitter
LinkedIn