It’s an autumn day in Central Park. Carriage horses nicker, teenagers lounge in the meadow with their phones, and Lycra-encased cyclists holler, “On your right!” as they career past hot-dog carts and charcoal portraitists. Tourists extend their selfie sticks toward the changing leaves. 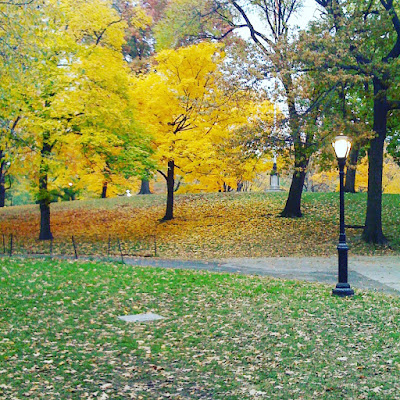 More than two hundred years ago, before Central Park was even a twinkle in Olmsted’s eye, an Albany native named John Randel Jr. was commissioned to create the blueprint for Manhattan’s first street grid.

After he’d completed the plan, a surveyor went around the island, marking out the grid on what was then mostly fields. Randel and his crew followed, installing marble monuments, stakes, pegs, and, where they encountered rock, hammering iron bolts at more than a thousand future intersections. Today—if you know where to look—you can still find some of these markers, hidden in plain sight, and imagine the ghosts of avenues that might have crossed right there. 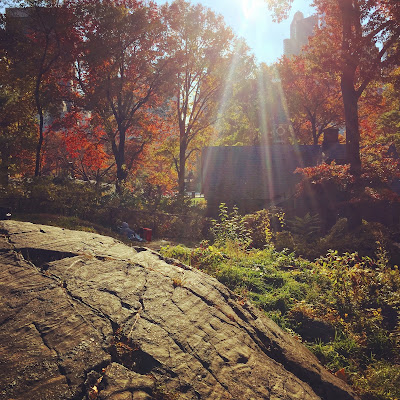 At least one of the Randel bolts remains today, embedded in a mound of schist between the Central Park Dairy and the Sixty-sixth Street transverse, marking what would have been the juncture of Sixty-fifth Street and Sixth Avenue. In 2017, however, it’s just an iron nubbin. The city, after all, is full of inscrutable iron things, from Lilliputian doors in subway stations to arcane sidewalk posts. Can you spot Randel’s street bolt in this picture? If so, imagine strolling through the park and stepping over it. Would you think to look twice? 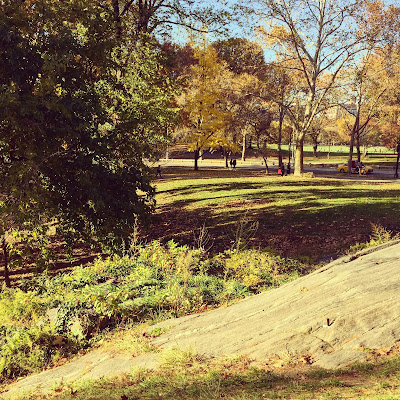 Even up close, the bolt is mundane, though it is surrounded by a halo of white rock. It’s a tough job for a two-inch piece of iron to compete with such glorious surroundings. If you were in a curious mood, you might conclude that a building or shelter had once been erected here. 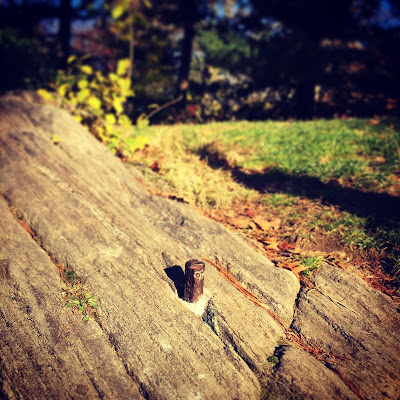 I often swing by to check in on the bolt if I’m in the area. One day, a saxophone wailed in the distance, pedicab bells binged, and traffic huffed across the transverse. A man—with a bike and insulated bag, perhaps a bike messenger on break?—reclined on a space blanket just a few feet from the bolt. He was oblivious to his proximity to the toils of history, much like the donkey Sylvester’s parents are in William Steig’s famous children’s book, as they picnic right beside the magic pebble that needs only to be touched to release their beloved son, trapped inside. 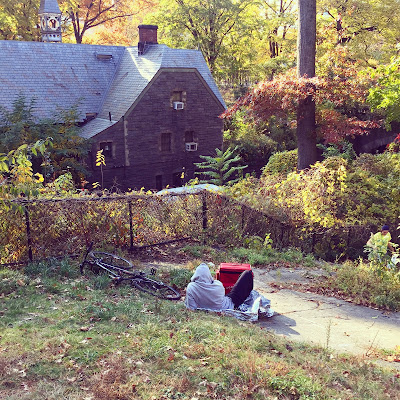 The guy alternately puffed on a cigarette and spewed wads of chewing tobacco in the direction of the bolt. I touched it. It was cold, unbudging, its ridges smoothed by blizzards and romping children and picnic blankets and stubbed cigarettes and leaf fall and the back pockets of jeans and everything else that touches a rock in Central Park. The bolt had dents in it where, I imagined, Randel’s hammer had struck it two centuries ago. 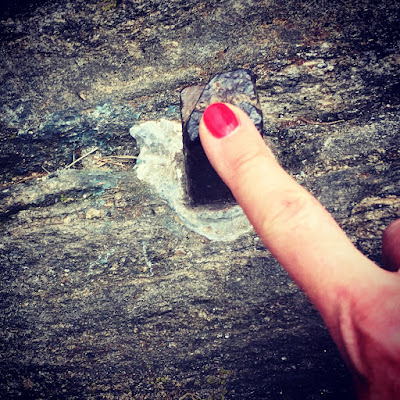 The air smelled sweet, like horse manure and early changing leaves. I noticed a couple walking toward the rock, hand in hand, so I ducked under a nearby tree. Would they notice it? They sat, not a few yards from but right next to the bolt! He lay down and pulled his cap over his face for a midday nap. Still wearing her backpack, she sipped a Slurpee. A leaf fluttered to the ground beside them. 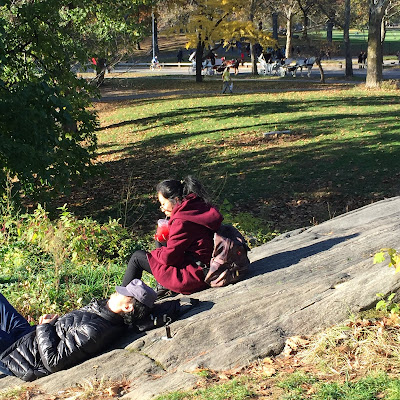