MULTISENSORY: A two-vine winery on a Carnegie Hill brownstone rooftop

When Latif Jiji was twelve years old, he would pass by his father’s wine barrel near their kitchen in Basra, Iraq, lift the lid, and inhale. Seduced by the scent, he sometimes dipped in a finger and licked the juice from his fingertip. (His father, an amateur vintner, hadn’t yet figured out that wine should not be stored in containers with loose covers.) “That was the origin of my daring to repeat it. It’s all based on feeling, intuition,” Latif, now in his nineties, says. 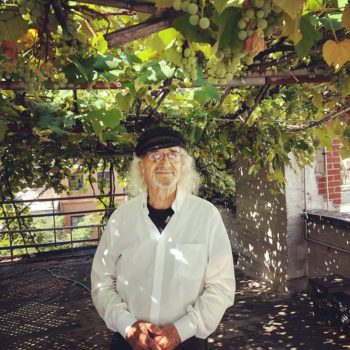 Those stolen moments were the sensory spark of Chateau Latif, Manhattan’s only vineyard and winery, which evolved by accident in the backyard of his family’s Carnegie Hill brownstone. “I’m not really into fine wine tasting or anything like that,” he says. “The taste of my father’s wine is the one that has stayed with me.” 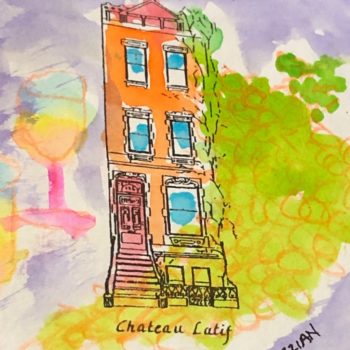 In 1977, Latif snuck a Niagara grapevine into his garden, which had previously been his wife’s domain. Then he sort of forgot about it. But seven years later, after he returned from a summer vacation, he noticed that it had grown to about fifteen feet long—and had started to produce grapes. 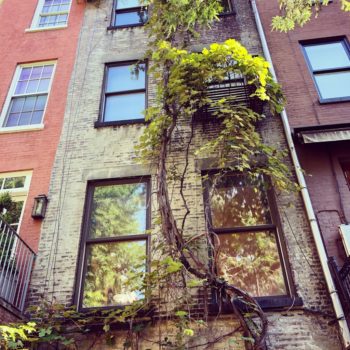 Excited by the prospect of re-creating family history, he decided to harvest the fruit. The first crew, in 1983, was just Latif and one of his daughters; no wine was made that year. Soon after, he planted a sprig from the first vine to create a second. Together, the twin vines, now more than one hundred feet long, have climbed the back wall of his four-story home and sprawled across a rooftop arbor in an urban terroir of bitumen roofing, AC compressors, and water tanks, and with a view of skyscrapers. 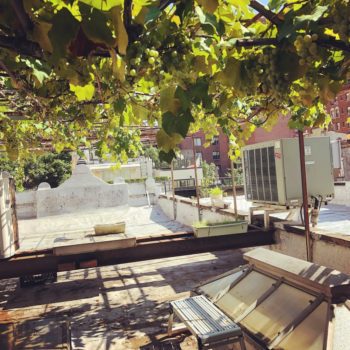 Chateau Latif produced its first fifteen half bottles in the second harvest, in 1984. Though wine from the early years is drinkable, he didn’t know enough about proper corking those first years. He has saved these bottles for posterity in his wine cellar, a hobbit hole in the front of his basement. 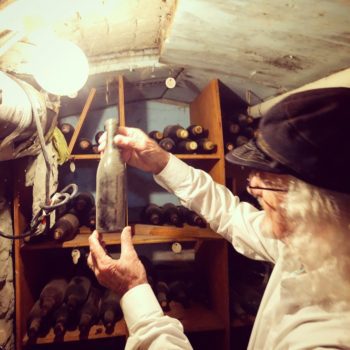 A retired engineering professor, Latif is always making improvements, but Chateau Latif’s operation is decidedly homespun. His vines are watered by urban rainfall and city water, and he prunes them only once, in winter. In 2019, he harvested four hundred pounds of grapes, which will make eighty bottles of white wine. On harvest day, around Labor Day, about thirty friends and family members—including Latif’s children and grandchildren, who all live in Manhattan—will gather and work from morning till early evening. The process starts with a climb up Latif’s defiantly steep staircase to the roof, where a hatch leads to the arbor. 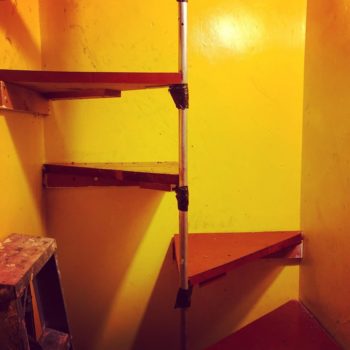 In most vineyards, the vines are only five or six feet tall, so harvesters do not need to snip grapes upside down, standing on benches and milk crates, as they do at Chateau Latif. But here the crew is rewarded by a panoramic view of the Manhattan skyline. 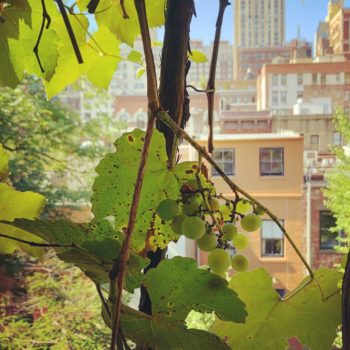 The crew shuttles them down the back wall of the brownstone in a plastic laundry basket, using a pulley system. 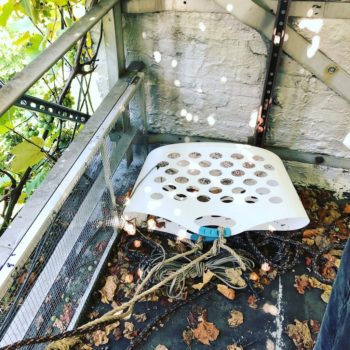 In the backyard, the harvesters receive the grapes, weigh and wash them, and feed them into a manual crusher and de-stemmer. Children love to turn the crank and watch the stems move to one side of the de-stemmer and fall into a bucket. 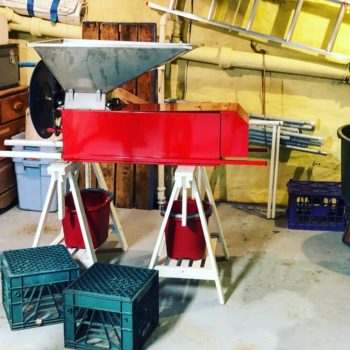 The grapes then go into a wine press lined with netting to extract the grape juice. The first sweet squeezes of Chateau Latif wine ooze out the sides. 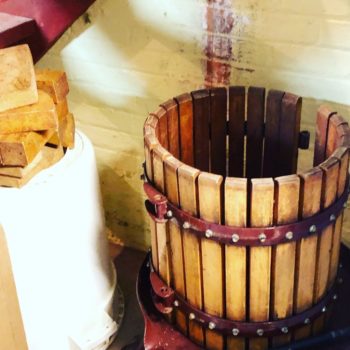 They pour the juice into five-gallon glass jugs and add a precise amount of metabisulfite to kill the natural yeast. A measured amount of yeast is then added and fermentation begins in a day or two. Fermentation ends after about a week, and the jars are topped off and sealed with airlocks to let gases escape but no air can enter. The jugs are stored in Latif’s ingenious wine cabinet, constructed of insulation boards and cooled by a mini-fridge with the door removed. 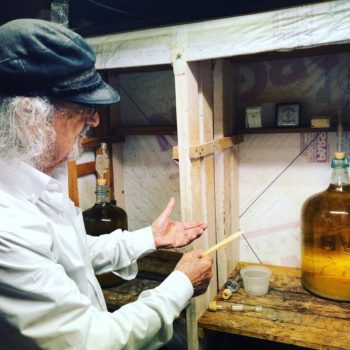 Using a back issue of the New Yorker and school glue, Latif attaches the signature labels. They are hand-watercolored by family and friends and feature an image of his brownstone with the roof arbor atop and legendary vine trailing down the side. 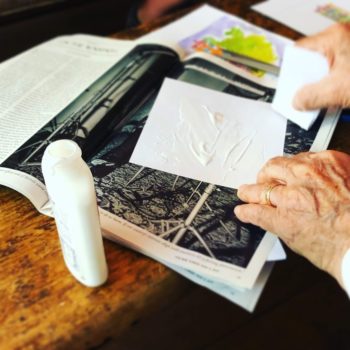 He seals the bottle neck with a plastic heat-shrink capsule over his kitchen stove burner. 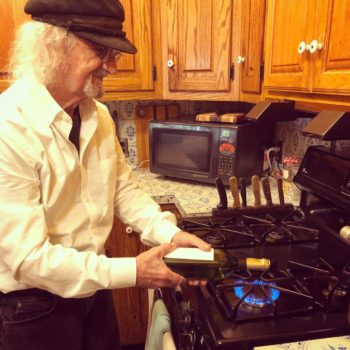 “My goal is not to make the best wine but to have a story,” Latif says. Is it a stretch to say the 2018 vintage tastes of the Second Avenue subway, the pleats of private-school uniforms, glazed Dunkin Donuts, the metal chains of a playground swing set, dry cleaning, and the wax-and-wood of Brick Presbyterian Church—all in the vicinity of Chateau Latif’s vines? Perhaps, but that it tastes most of is family and history. 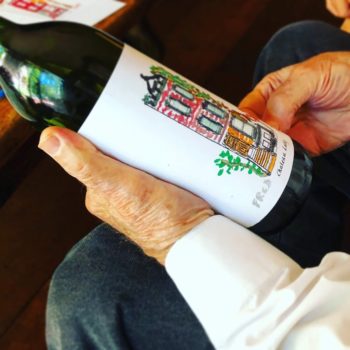