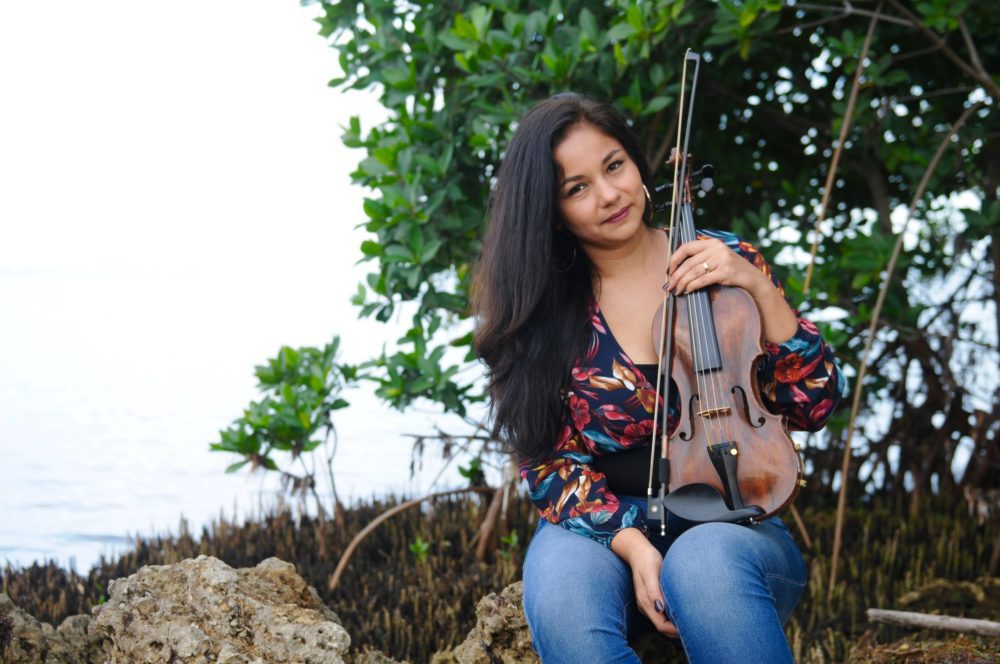 Trina Basu is a violinist, improvisor, composer and educator based in New York City. Born and raised in Miami, FL to a Canadian mother and Bengali father, Basu grew up immersed in a culturally diverse and sonically rich environment. Her initial training in Western Classical violin set a foundation for her later studies in Indian Classical music, jazz improvisation and folk styles. In New York City, Basu co-leads Karavika, a chamber ensemble drawing from South Asian classical and folk music, and the Basu-Ramamurthy violin duo, a project that works within frameworks of Carnatic ragas, creative improvisation and western counterpoint through original co-written music. Her ensemble Karavika has two self released albums, having been praised by All About Jazz as “a dynamic sonic blend of uncommon mesmeric beauty”. The violin duo’s forthcoming album Nakshatra was recorded during the pandemic and features original and improvised music. Basu frequently collaborates with dancers, poets and visual artists in various multidisciplinary projects. She has performed on stages with esteemed artists such as Mos Def, Urban Bush Women, Gil Scott Heron, Ed Sheeran, Ledisi, Taylor Mac and Reggie Workman.

As an educator, Basu has been a Teaching Artist in NYC public schools since 2008 and runs a private music studio called Brooklyn Violin House. She believes in creating a diverse and immersive learning environment for her students with a curriculum inclusive of global and non-Western styles, improvisation and composition. Basu received her Suzuki teacher training from the School For Strings in Manhattan and has a BM in Music Therapy from Florida State University. She is a recipient of the Indo-Shastri Canadian Institute Artist-Fellowship and spent 2007 living in Chennai, India studying Carnatic Classical violin. Basu is a past Artist-In-Resident with Avaloch Farm Music Institute, Next Stage Arts Project and MASS MoCA. She is a co-founder of Brooklyn Raga Massive and founder of the Women’s Raga Massive Annual March Festival. Basu lives in Brooklyn, NY with her husband and two children.

What students and teachers say about Trina: