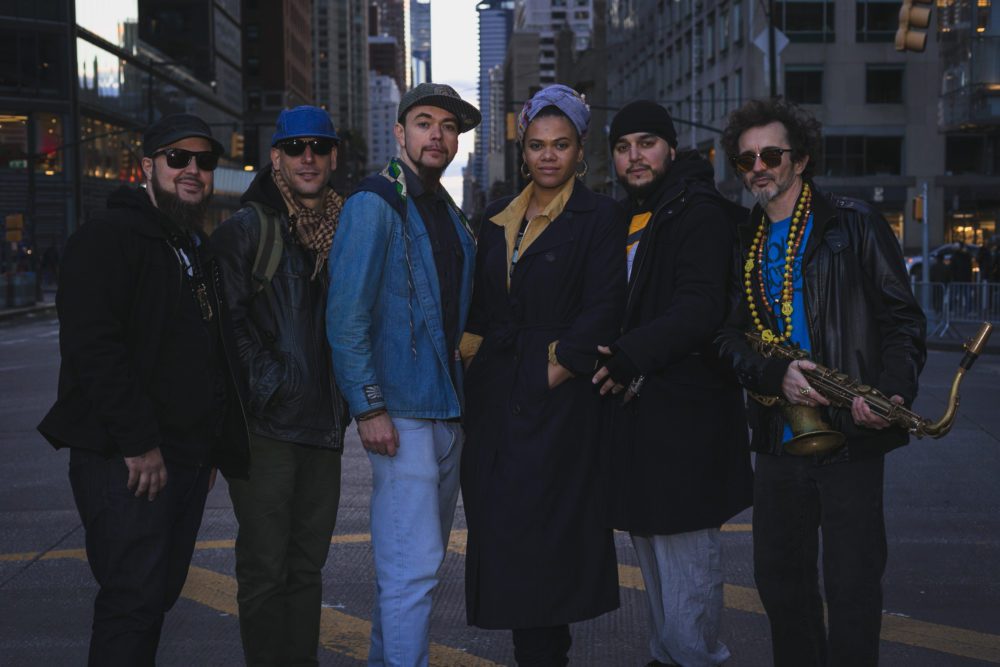 Duv (Jonathan Zaragoza) is a singer, songwriter, beatboxer and teaching artist from The Bronx, NY. Known for his capacity to collaborate with a variety of artists and genres of music, Duv has been a sought out featured artist, collaborating on albums such as “Nice Guys Finish” with Hired Gun, “Prospect Avenue” with Rabbi Darkside, and on stage with acts like the late Terry “Kid Lucky” Lewis in the Human Beatbox Orchestra “Nu Voices”.

In an effort to make arts and music more accessible to those who might gain the most, Duv leads workshops in songwriting, entry-level music production, performance, poetry, use of modern music technology for the voice, and beatboxing. He strives to promote creative thinking and leadership in all his students. He currently works as a Youth Arts Facilitator in hospitals and health clinics in the greater NYC area with the educational organization, Art Works. He has also worked in schools and youth centers with organizations; The Door, Urban Art Beat, Arts Horizons and others.

In 2007, Duv released his debut solo album, Urban Artistik. The LP is a collection of R&B/Soul songs written by Duv and produced by Baba Israel and Yako440 (then known as Open Thought Productions). Duv has often been found gracing stages in the NYC music scene at The Nuyorican, Arlene’s Grocery, Rockwood Music Hall and The Bowery Poetry Club. Duv has also been a featured artist on world class stages such as Joe’s Pub, BAM, The Apollo Theater, The Brooklyn Museum, Galapagos, The Blue Note Jazz Club and The Highline Ballroom. He was a featured beatboxer, singer and rapper in June of 2017 performing with the Dayton Gay Men’s Chorus and the Dayton Contemporary Dance Company as part of their show “Modern Dance Modern Funk” in Dayton Ohio’s Victoria Theatre.

Duv has been working for 15+ years as a headlining act and, at times, Associate Producer in Shawn Randall’s performance series Symphonics Live at The Bowery Poetry Club and other venues in NYC.

He is applying his talents as a founding member of the group music project; Soul Inscribed. The band fuses poetic Hip Hop lyrics and soulful vocals with funk, jazz and dub influenced instrumentation and production. In 2015 they performed near an Aztec ruin as part of the Cumbre Tajin Festival in Veracruz, Mexico. In February of 2016 they went on a 40 day tour of Russia, Indonesia, Taiwan, and Mauritius as part of the US State Department’s American Music Abroad program. They debuted their first album, “Soul Inscribed”, in January 2016. Since then, the ensemble has traveled together back to Mauritius, to Peru, Holland, and across the US presenting performances and educational programs. They released their second album called TUNE UP in August of 2020 via Tokyo Dawn Records. (soulinscribed.com  https://www.tokyodawn.net/soul-inscribed-tune-up/ )

Duv is currently working on a new solo project and has been teaching / performing remotely during this global health crisis. ( duvmusic@gmail.com / @duvmusic )

What students and teachers say about Duv: