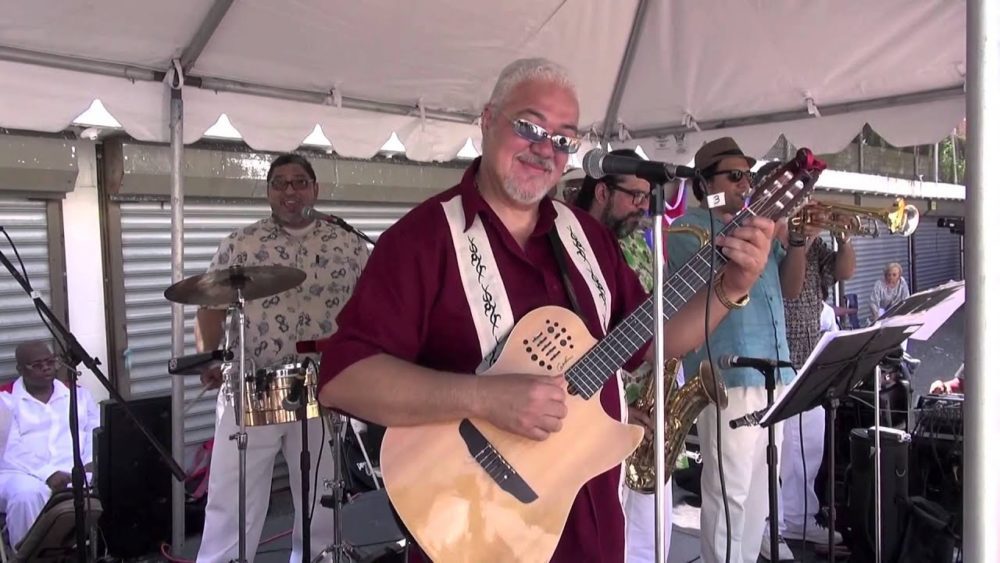 David was born in Havana, Cuba in 1958. Self taught, Oquendo absorbed the essence of the Afro Cuban rhythmical vernacular in the poorest neighborhoods of his native city. At 12 years of age, David started playing guitar and singing in several “Rock” bands around Cuba. Even though he was not conservatory trained, his passion for music, his discipline and self-criticism, took him to the point where eventually he was considered one of the best guitar accompanist in Cuba. This was evident in his appearances at “El Rincon del Feeling”, “Cabaret Tropicana”, “Cabaret Internacional de Varadero”, “ Salon Rojo” at the Hotel Capri and many more venues.

Founder and director of the Afro Cuban folklore group “Raices Habaneras”, which was been performing, without interruption, every Sunday since 1996 for nine years what had become known as “Domingos de la Rumba” (Rumba Sundays), David’s mission is to expose the public to a genuine representation of the “Rumba” genre. David, was musical director and producer for “The Cuban Rumba All Stars”, a first time, historical collaboration by members of Cuba’s Rumba groups: Los Muñequitos de Matanzas, Yoruba Andabo, Clave y Guaguanco, Obba ILU, Coro Folklorico Cubano, Raices Profundas y Grupo Tata Guines.

Mr Oquendo has a vast experience as music teacher. He began teaching privately in 1975 in Cuba. In 1982 he taught at Casa de la Cultura del Cerro (Havana) and at Escuela Vocacional de Arte “Paulita Concepcion”, from were he also served as Sub-Director (1985-89). As a member of Faculty of Harbor Conservatory for The Performing Arts in New York City, from 2002 to 2011, he was teaching guitar, Cuban tres, bass, voice and the Afro-Cuban folklore workshop, the Latin Band workshop, the Guitar ensemble and the Vocal training Group Class.

What students and teachers say about David: