Girls on a budget have long known about “blow-out row” on Pell Street in Chinatown, where you can get your tresses professionally blow-dried for half the prices charged by uptown salons, no appointment necessary. These places are no frills and no nonsense: the staff speaks little English; the products are generic; no complimentary backrub or cup of tea will be proffered. But just a few blocks north, on Canal Street, and up a narrow flight of stairs is a Chinese-run hair salon, Mian Tian Sing, which provides the same services with one intriguing difference: the stylists shampoo your hair while you are seated in a salon chair before a mirror, fifteen feet away from any sink or water source. 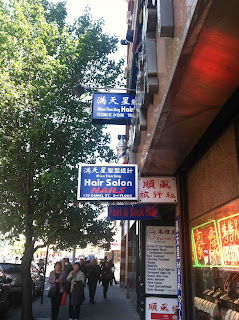 The stylist tucks a towel into your collar, then administers a brisk neck-and-shoulders massage. She slips a plastic sheet over the towel, much smaller than one might expect, and suddenly you feel a cool squirt of shampoo dribbling down your scalp, right over your dry hair. This is perhaps the best part, akin to plunging hot feet into an ice-water bath: it feels both wrong and more tantalizing than it should. 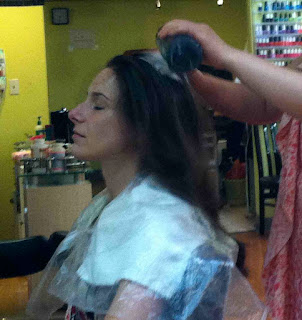 It would seem the women who work here have retractable claws that spring from their fingertips: their long, hard strokes rake your hair, and there doesn’t seem to be a fleshy part to them as they plow furrows into your hair, pushing the hair back and forth rhythmically, both hands in sync, scrubbing around the ears, tilling the neck, pressing the temples. During one visit, “Who Let the Dogs Out?” happened to be playing in the background, and the shampooer synchronized her kneading to the music. Your head rocks back and forth like on a fast-moving subway. The stylist’s hands whip, press, scratch, delve, swoop. The shampoo and hair rise to a creamy bouffant, and not one dribble runs down the neck. It’s a miracle. 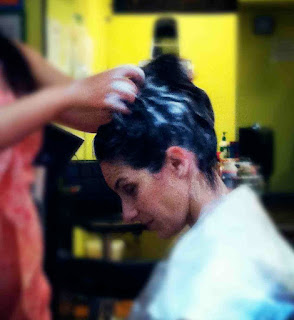 Fifteen minutes later, your head tingling, she leads you to an alcove of sinks. Water! At last! Somehow it seems a shame to deflate this foamy creation. Instead of the conventional chair, these sinks feature horizontal beds, and the neck cradle does not feel like draping your head over the edge of a toilet, as it does in so many other places. 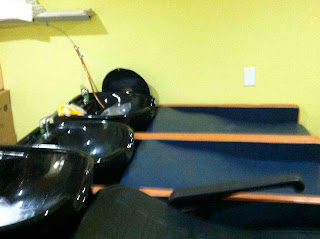 For the record, you can also get your face professionally washed for $5 following your rinse-out. This is a sensory experience in its own right, but suffice it to say your shampooer’s claws transmogrify into fluttering butterflies, flapping up and down your cheeks and tickling your jaw, and the wash ends in a startling curtain of water over your face. 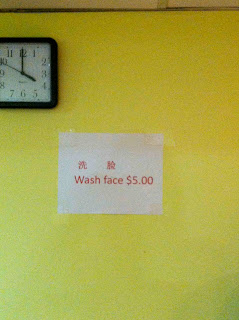 At the end of the rinse, the stylist whacks your scalp a few times with the head of the retractable faucet and plunges a dry washcloth into both ears simultaneously to remove any lingering lather. Like the hair squirt, this feels wrong, and better than it should.
The blow-dry is conventional enough, though it is performed not by the shampooer but by one of a coterie of well-coiffed young men, some of whom wield two blow-dryers threaded between the fingers of one hand, blasting your hair as if with a double-barreled gun. With the press of a flat iron, your hair sizzles and steam rises above your head. You emerge forty-five minutes later with gleaming, flounced hair, better equipped than the uptown girls for any surprises the night may offer.