One August afternoon, I was strolling through Hell’s Kitchen when I spotted a delivery truck with gusts of frost billowing from the open back door. Inside the truck, a man was tossing sacks of cubed ice down to man with a dolly, who carted them into United City Ice Cube Company, a fourth-generation family business tucked into a tiny storefront on West Forty-Fifth Street. I stepped out into the street right behind the truck. Standing in the frosty air was almost as refreshing as passing through a playground sprinkler, without the inconvenience of getting wet. I decided to linger awhile. 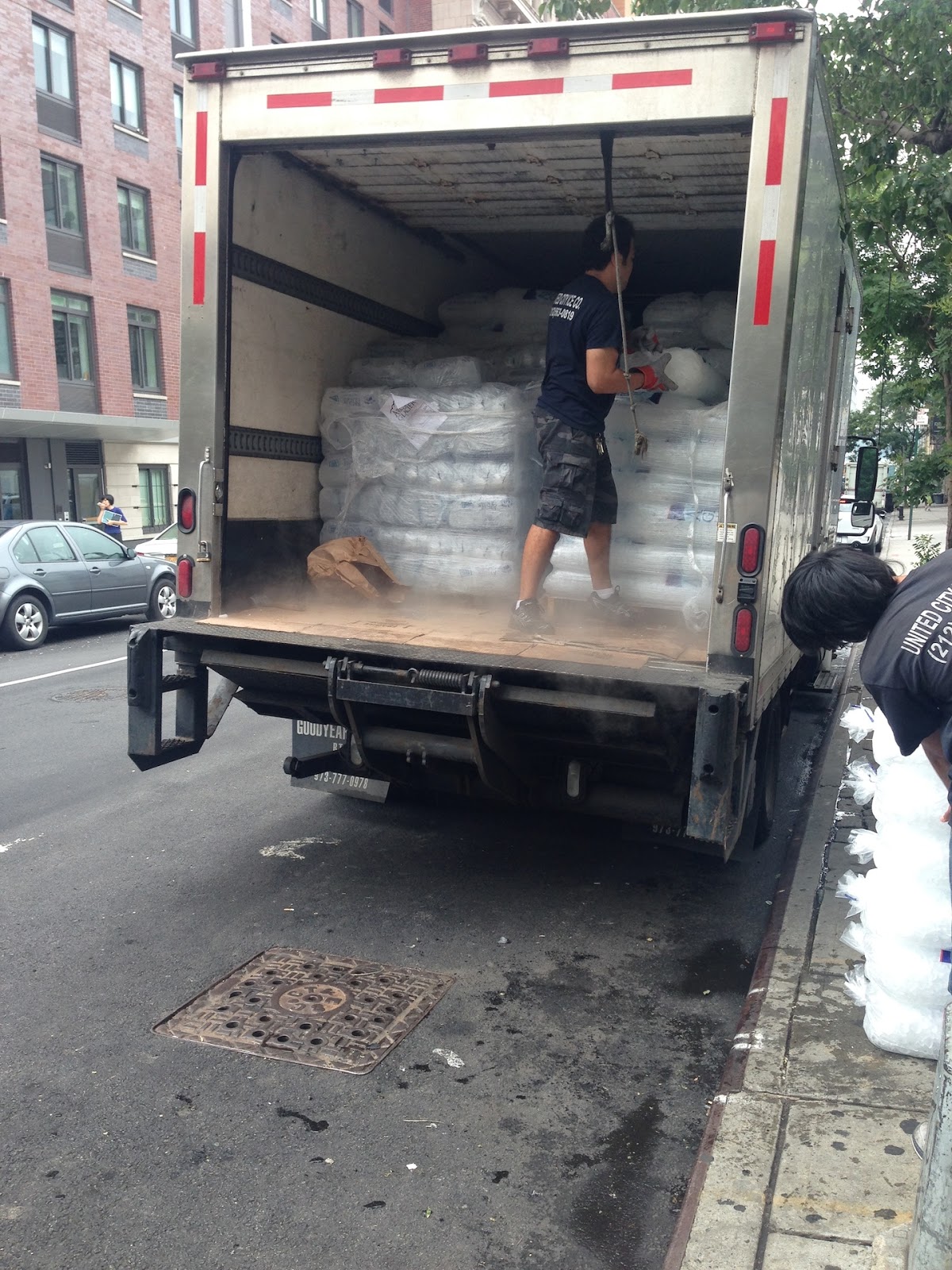 United City Ice is little more than a walk-in freezer and a couple of blue plastic dry-ice storage tubs, a corrugated metal hallway slick with melted ice, and a windowless back office where the phone rarely stops ringing and one member or another of the Palmadessa family jots order notes on the paper desk blotter. 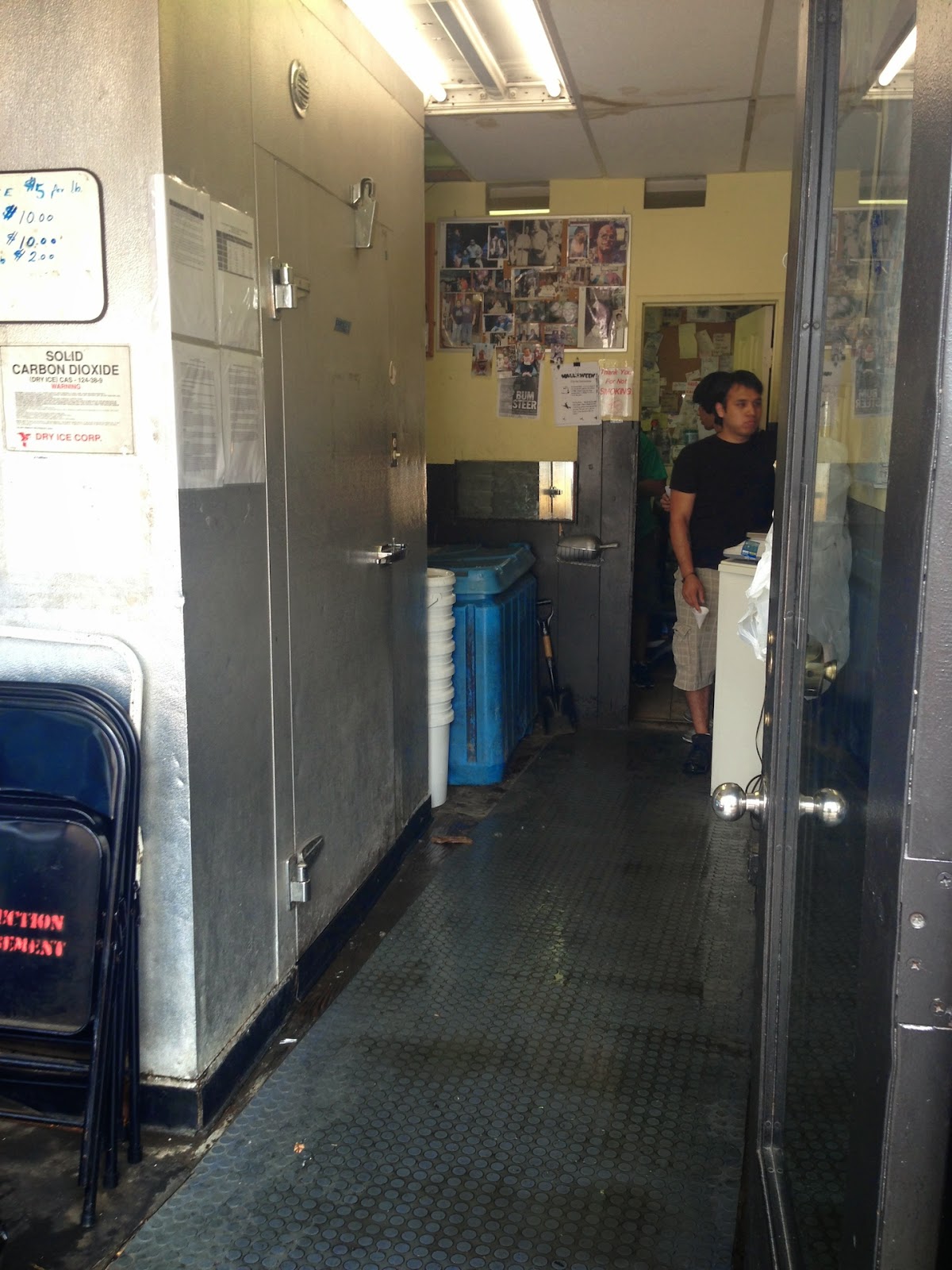 A queue of dollies awaits deliveries on the sidewalk, beside a metal chest labeled with a frost-covered word: “ICE.”

“People say it’s just frozen water, but for us it’s about timeliness and service,” said Dave Palmadessa, thirty-four, one of the owners. United City Ice Cube is the only storefront ice shop in Manhattan. The company doesn’t make its own ice. Cubed ice is delivered daily from Arctic Glacier, an ice factory in Westchester; dry ice comes in from chemical factories in South Jersey and Philadelphia. 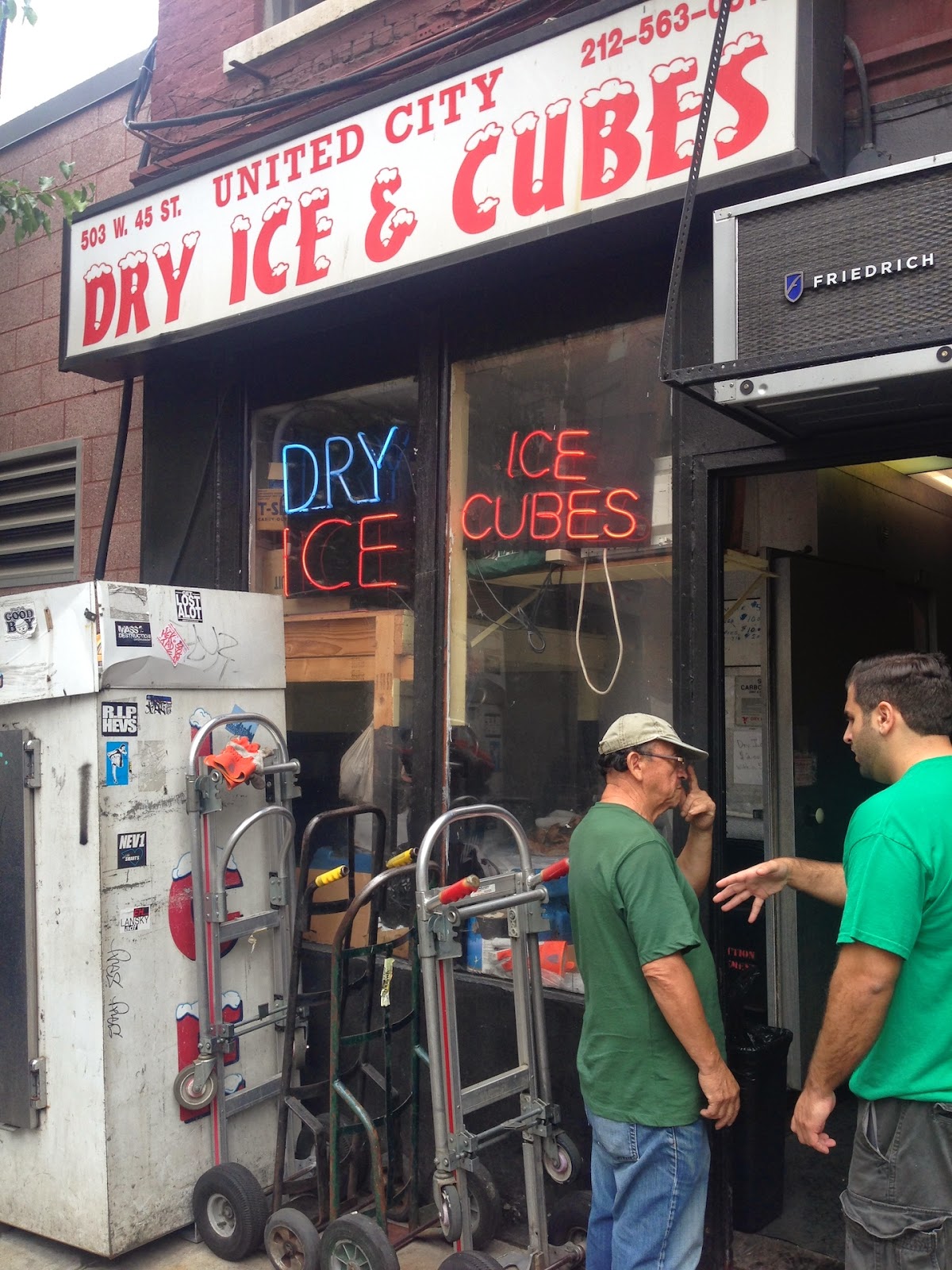 When Dave was a child the business was run out of his grandmother’s apartment; in those days they delivered three-hundred-bound blocks along a scheduled route. In testament to these good old days, a bulletin board next to the office displays old family photos and mementos. 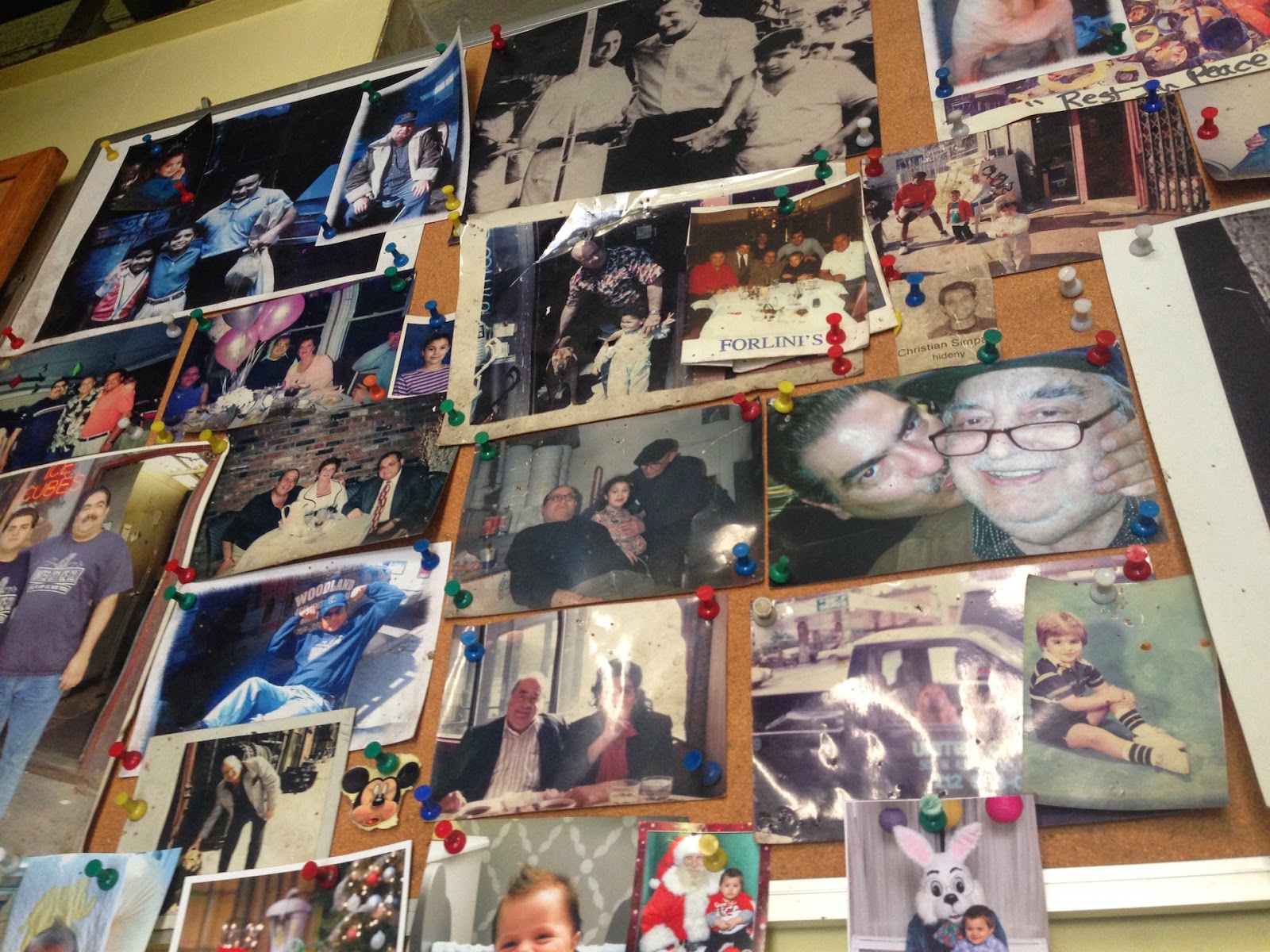 As ice machines have become more prevalent in restaurants and delis, the business has become increasingly “emergency-based,” as he put it. Restaurants come to them when their ice machines have broken or they are otherwise in a refrigeration pinch. Natural disasters, such as the blackout of 2003 and Hurricane Sandy, also bring lines around the block, as does Halloween, when customers want dry ice for “smoke” effects. Other regular customers include high-end caterers working on sites with no refrigeration, art galleries, and Broadway shows (again, for dry-ice smoke). A well-Xeroxed handout offers instructions on how to create “Graveyard Mist” and “Witches Brew.” 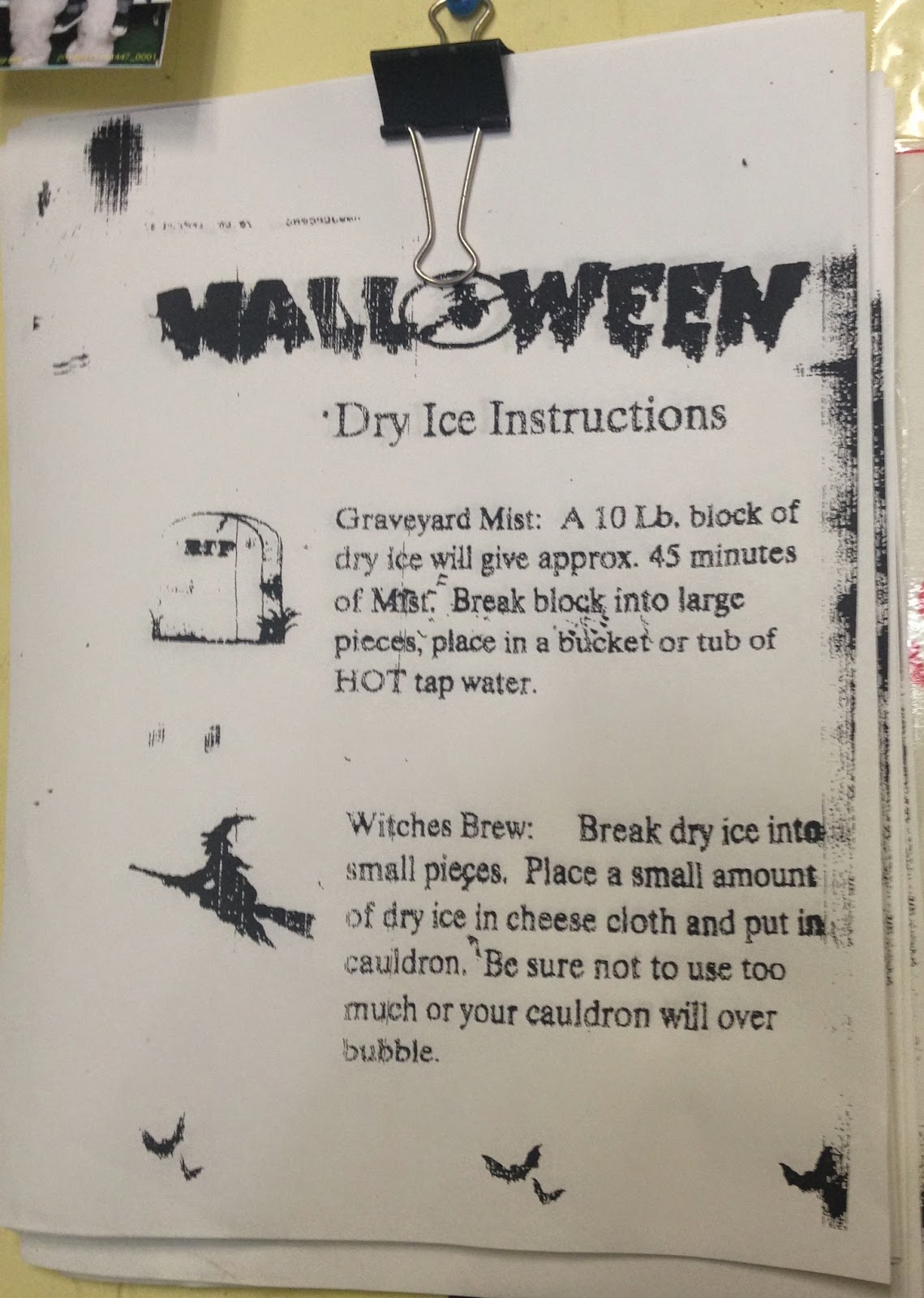 The tools of the ice trade are simple: dollies, a couple of shovels and a flat-bladed ice-breaker, an ice pick, a metal ice scoop, tongs for hoisting blocks of dry ice, and white plastic buckets for customers who don’t want to risk carrying ice in leaky plastic bags. 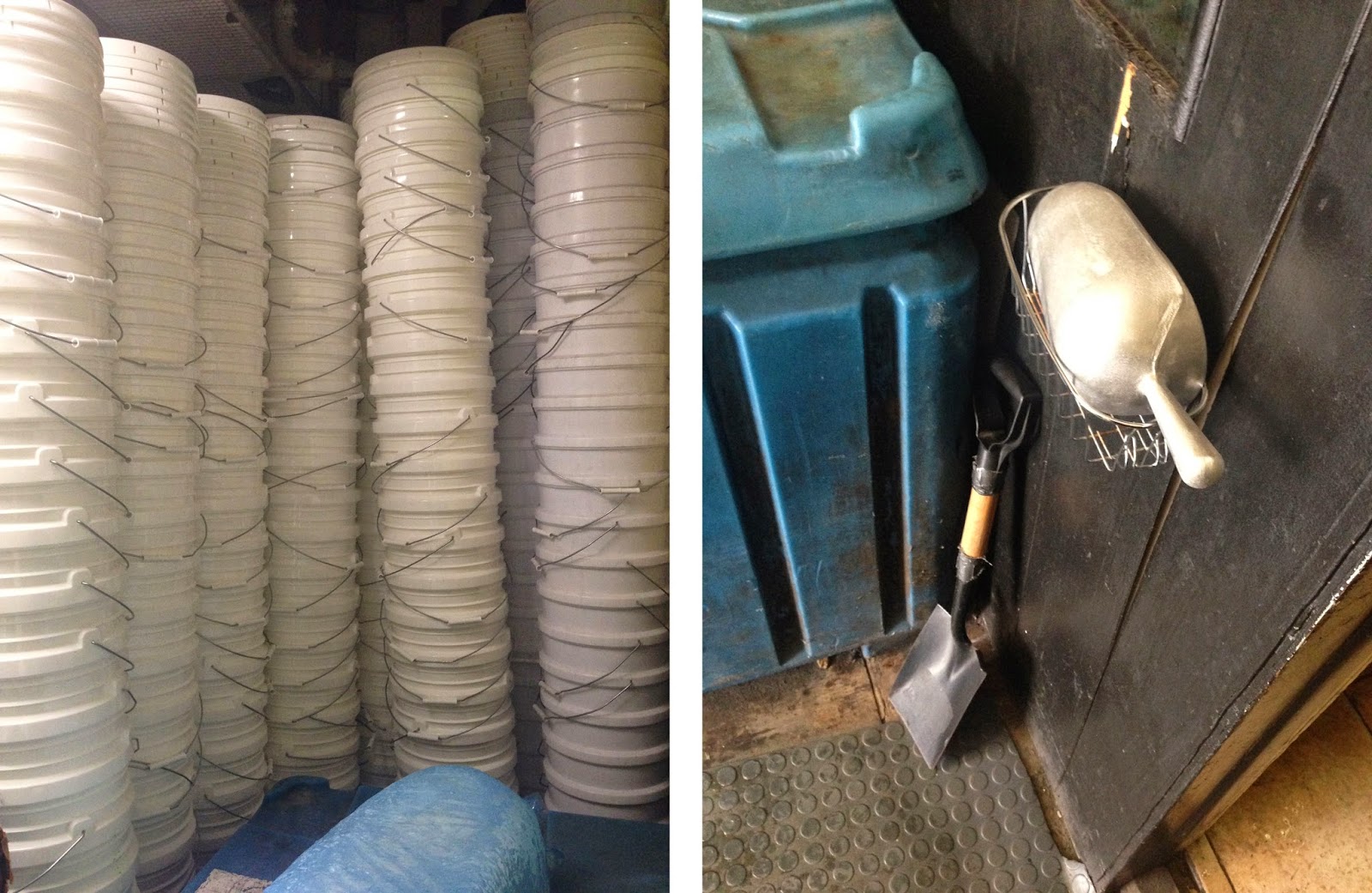 The narrow hallway of the store was a refreshing place to be during the delivery, as frigid blasts swirled in the air from the open door of the walk-in fridge, stacked high with bags of cubed and crushed ice. The dollies trundled in and out as workers traded banter about the World Cup. 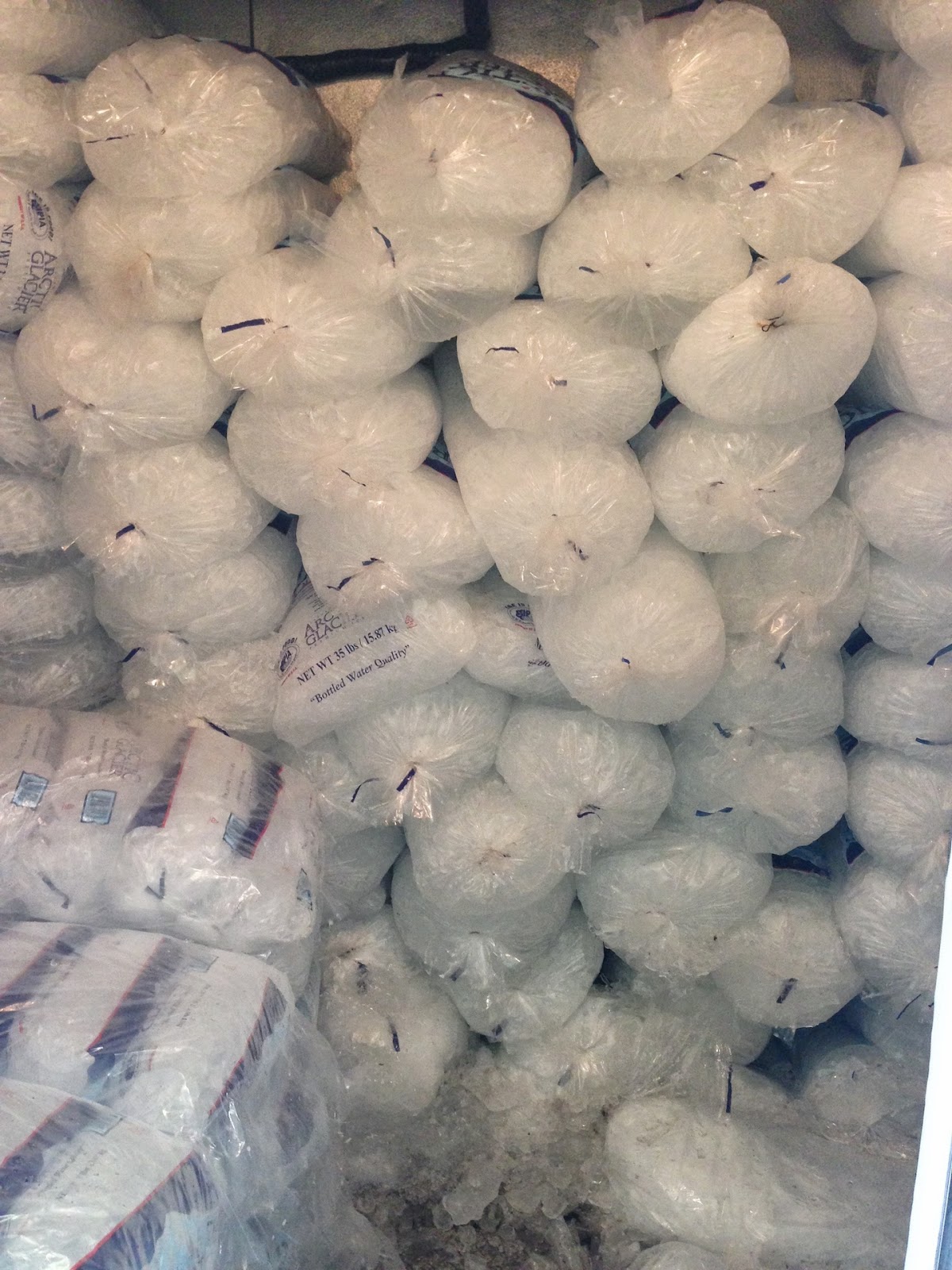 While I was sitting on a folding chair on the sidewalk, a man with glasses and a close-cropped beard approached. “Could I get a slice of dry ice?” he asked one of the workers, as simply as any New Yorker ordering a slice of pizza. He was from the Union Square Farmers’ Market, where he sold meat, and needed the ice for his cooler. “A slice is ten pounds—that what you want?” a worker asked, flinging open one of the chests and releasing more clouds of smoke. He hefted out a block of dry ice wrapped in butcher paper, fished around for an ice pick, chipped off a slab from the top of the block, spearing it into a butcher-paper bag, then tied it with twine. The customer dropped the ice into his Eastport backpack, received a hand-written receipt from the back office, and strolled away. Every element of the transaction, from the dialogue to the tools to the delivery, could have happened one hundred years ago just as easily as today. 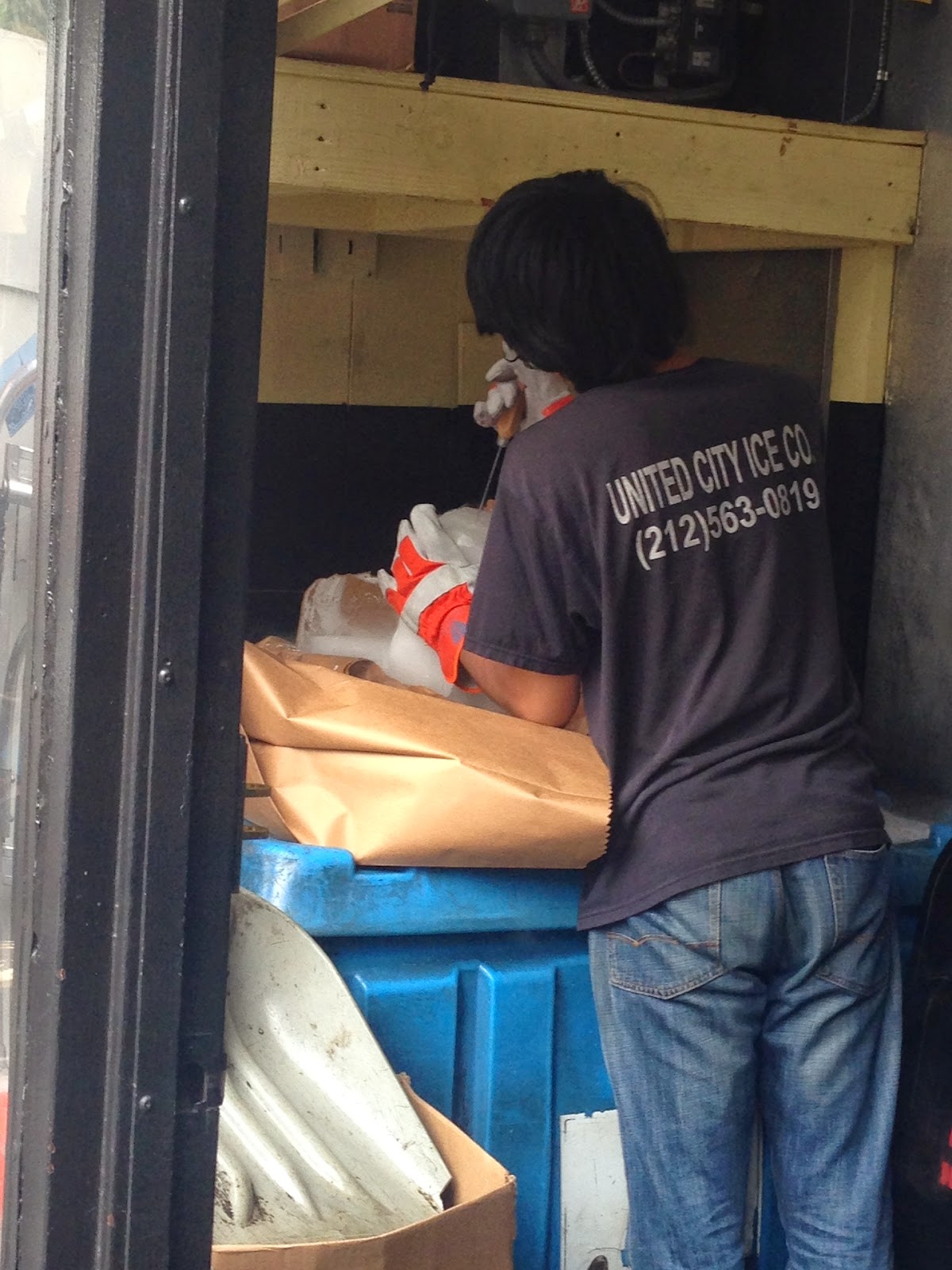 On my way home, I passed a chalkboard sign outside a coffee shop, complete with hashtags and Google trivia. It appears ice has entered the twenty-first century and is here to stay. 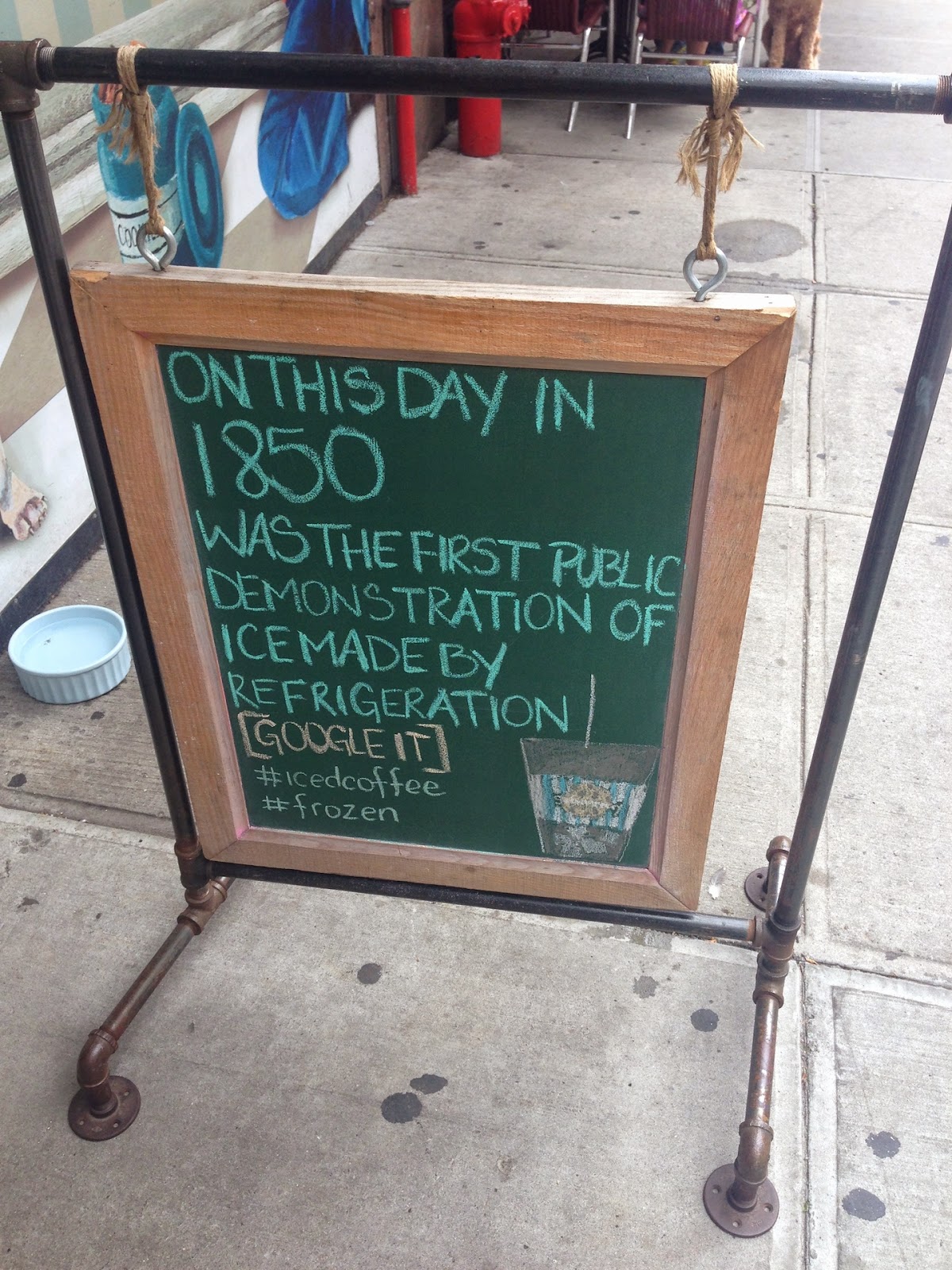