TOUCH: The Nothing Mud and Seltzer House

One recent Tuesday afternoon I found myself in an ice shack in a palm-tree-lined lot in Far Rockaway, submerged in a mud pit, drinking a glass of seltzer. 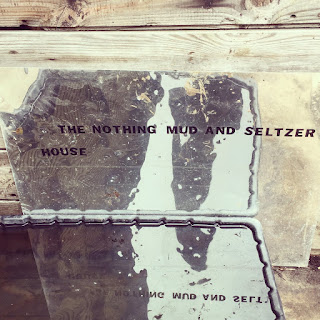 This situation was made possible by the Nothing Mud and Seltzer House, the brainchild of Frank Traynor as part of his ongoing project the Perfect Nothing Catalog. The mud bath, now in its second summer, is housed in an abandoned wooden ice hut that Traynor and a friend acquired in upstate New York. The hut is located in the now-vacant courtyard of the Palms, a food and event space. The shack’s first reincarnation, from 2013 to 2105, was as a curiosity shop in a backyard in Greenpoint, selling items ranging from fossilized dinosaur poop to handmade witches’ knives. Another iteration was a sauna in a Bushwick gallery this past winter. Frank says the project, as its name implies, is about reduction. Over the years it has been moving increasingly toward nothingness: less stuff, more intimacy, a deeper aesthetic experience. 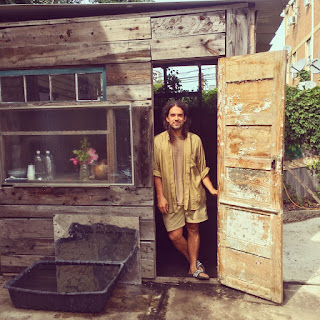 It took a momentary leap of faith to disrobe and step into a four-foot-deep mud pit, but once I started to sink into the cool, viscous, lumpy (and odorless) matter, I was hooked—especially after Frank handed me a hobnail Mason jar full of his home-carbonated seltzer. (Frank: “I carbonate everything.”) 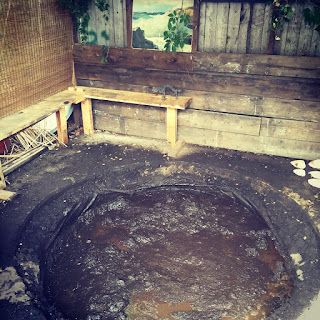 The bubbled glass pattern was its own sensory delight, like the seltzer made tangible. 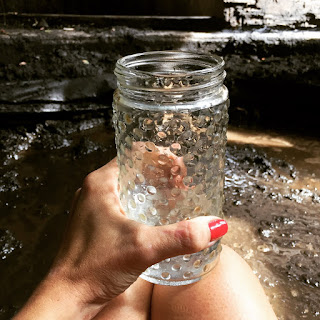 The lightness of the bubbles contrasted with the heaviness of the mud. As it sucked me slowly into the pit, the seltzer seemed to lift me up, tingling against the roof of my mouth. After about half an hour of trying to squish myself deeper, I was still only up to my waist; Frank says some people have managed to sink in over their heads. As if in sympathy with the seltzer, bubbles formed and disappeared on the mud’s surface. Bits of twigs and leaves rasped against my skin; I even spotted a few critters. 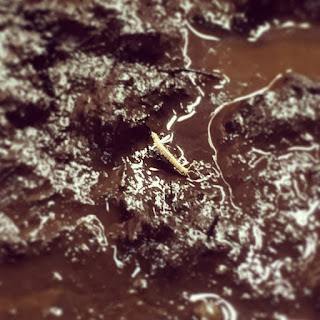 Frank made the four-person mud pit from a lined concrete construction cylinder sunk into the ground and filled it with one ton of “organic, local” mud. The mud is not hot, as in a traditional spa mud bath. Frank says he intended the “primordial” mud, which sucks in everything and digests it, to contrast with the evanescence of the seltzer. This contrast is palpable as you sit in the hut, a breeze filtering through the vines that have twined over the cracks in the walls. Somewhere, a cricket chirps. 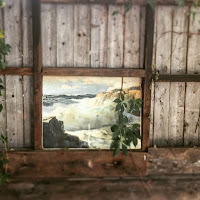 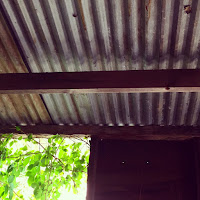 There’s no post-mud shower here; this isn’t a high-end spa, and that’s part of the point. The only way to rinse off is to walk one block to the ocean. On hot days the mud dries on the skin like a mask. Frank says his neighbors have become accustomed to seeing mud-swathed people streaking down the block, though I got an astonished stare from a Con Ed worker and a thumbs-up from a woman in an SUV. 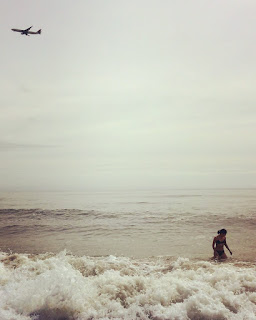 The bath in the ocean was the ideal antidote to the bath in the mud. Like the mud, the ocean sucked me in, but with roiling rather than quiet force. The waves were as frothy and ephemeral as the seltzer. Though I’d struggled to sink into the mud, I was no match for the ocean’s own “primordial” force, which tumbled me onto the sand, leaving me with a mouthful of saltwater (a palate cleanser for the seltzer?). But as the water rinsed over my skin, my skin and face tingled and I felt more refreshed and purified than I had in a long time. When I returned to the mud and seltzer house, Frank dropped into my hand two cherry tomatoes from his garden, warmed by the sun. They exploded in my mouth with hot, tangy sweetness. 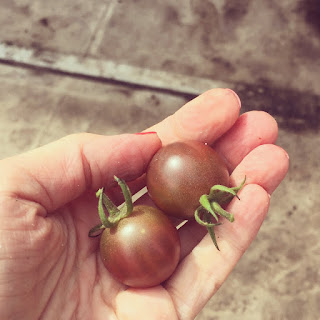 The journey had one more stop: Fort Tilden, where stage three of the Perfect Nothing Catalog takes the form of an inward-reflecting Infinity Pool in an abandoned military building. Inside the cool, spare room at the Rockaway Artists Alliance gallery, Frank installed a round, four-foot-deep above-ground pool bisected by a swimming lane with mirrored walls. 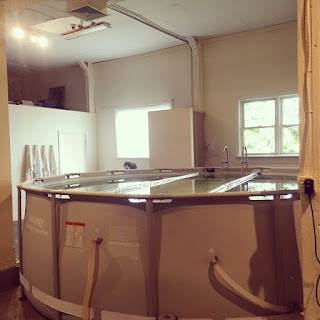 Shells scattered on the bottom of the pool rearrange themselves in the swimmers’ currents. The semicircular spaces on either side of the lane, he says, are “the void.” Frank handed me a vintage scuba mask, and I climbed the ladder and jumped in. 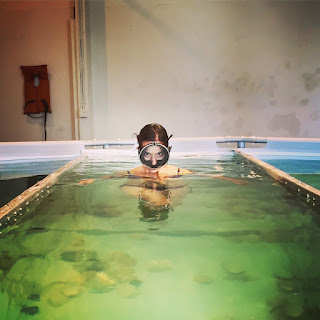 As I repeatedly dove down to the bottom (which was weirdly hard to do: the water seemed almost as buoyant as the mud), I could see myself and the shells reflecting endlessly in the mirrors, seeming to transcend the walls of the lane, the pool, even the room. 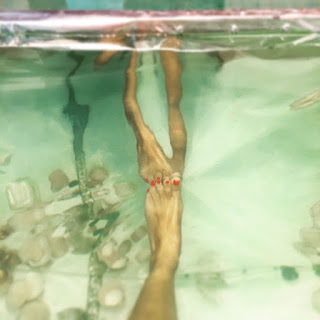 Sipping from a cup of fresh-brewed seltzer, Frank said that he intended the aseptic gallery swim to contrast with the messiness and intimacy of the mud and ocean plunges. But in the gallery’s corners are subtle inklings of aesthetic life, both manufactured and rampant: the cricket who sings from a gathering of dried invasive grasses, the life preserver Frank recovered in raw orange silk, the three faux natural stones—even a chat bird who one day flew in and curled up in the scuba mask, an unexpected visitor seeking its own transitory experience.
. 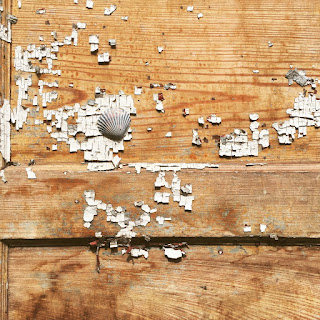 The Infinity Pool will be open for its final weekend this Saturday and Sunday, September 24 and 25, from noon to 4 p.m. It is located at the Rockaway Artists Alliance gallery in building T-6 in Fort Tilden, 169 Breezy Point Blvd. The Nothing Mud and Seltzer House is open by appointment only; to reserve a spot, text Frank at (218) 240-9350 or (preferred) direct-message him on Instagram @theperfectnothingcatalog.
Facebook
Twitter
LinkedIn