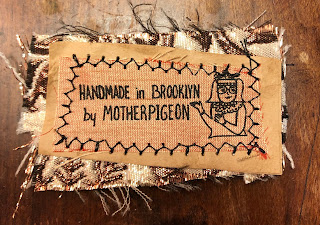 Mother Pigeon, a.k.a. Tina Trachtenburg, makes soft sculptural pigeons and rats out of fabric and wire. You can sometimes find her in Union Square Park, sheathed in her handmade feathered oufit, with her “flash flock” pecking at the pavement around her. As she adds whiskers to a rat’s nose or wraps a pigeon’s foot in yarn, she receives visitors—both human and avian—who are alternately fooled, startled, repulsed, charmed, and intrigued by her lifelike creations. For Mother Pigeon, an animal activist focused on the rights of urban pigeons and rats, this is all part of a day’s work. 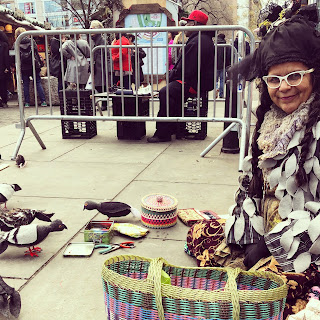 Crafted from acrylic felt, fake fur, and fabric scraps, and stuffed with recycled clothing and polyester, her handcrafted birds and rodents are, unlike their living cousins, touchable—even cuddly. Customers cradle them in their arms, nuzzle them against their shoulders, stroke their heads. Often, New Yorkers’ love-hate relationship with the animals transforms on the spot. 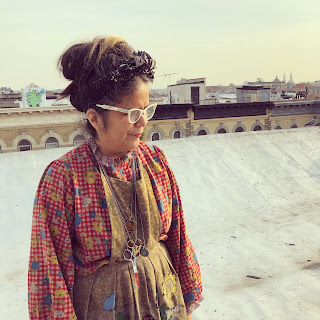 A few weeks before I met Mother Pigeon, I encountered one of the objects of her activism at one of New York City’s free Rodent Academies, also known as “Rat Trainings,” where community members learn how to combat the city’s rat population. Held in a Hunts Point coffee shop after-hours, the seminar—which offered free wine and free rodent-proof trash bins to attendees—provided tips for making your building and neighborhood unwelcome to rats. “Stress the pest” was the mantra. One technique that definitely wasn’t suggested was snuggling with the pest. 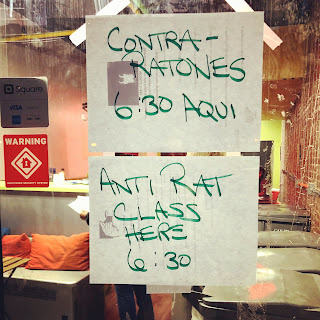 “It would be nice if we weren’t constantly torturing them,” Mother Pigeon told me. “I can’t bear to see them suffer.” She admires street animals for surviving under extreme circumstances, in the shadow of popular disgust, and facing unreliable food sources (though some New Yorkers might beg to differ). 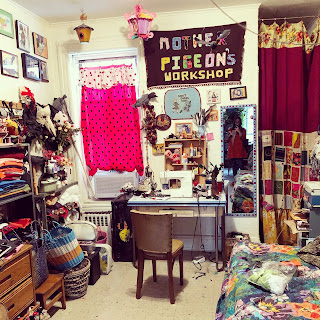 Mother Pigeon’s animals are born in her Bushwick home workshop, where I visited her just before the December sales rush: it turns out velvety vermin are a popular holiday gift. As we talked, two rats nibbled on a slice of felt pizza, a sight that would likely horrify most apartment dwellers. 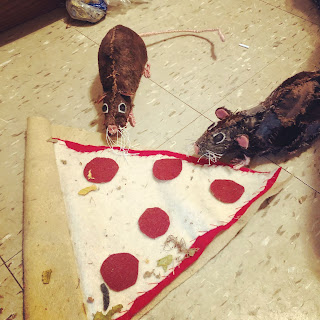 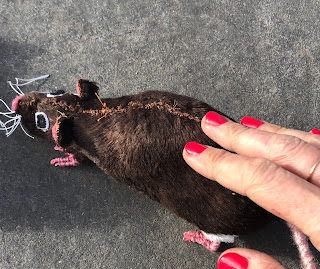 as well as two types of pigeons: the Times Square Pigeon (downtrodden and grouchy) 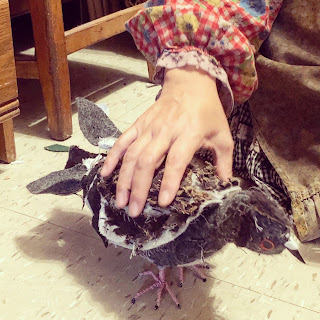 and the rakish Park Pigeon. 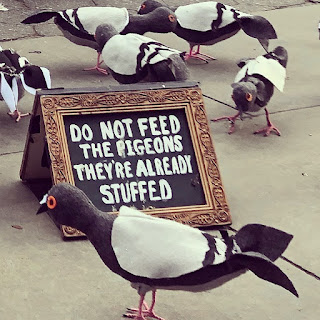 She also feeds live pigeons in her neighborhood—one hundred pounds a week of organic Amish pigeon food. She knows all the regulars, just as she does in the park. 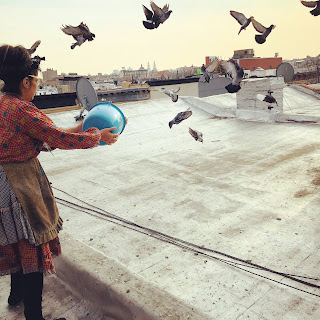 Once or twice a week, her husband helps her transport her suitcase of sculptures by subway to Union Square, where she holds court, fielding questions, smiling for photos, and greeting customers, while advocating for her cause. 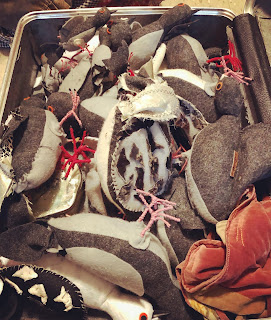 Some typical comments: “That scared the shit out of me!” “Look, the real ones are confused.” “I hate pigeons—but I like yours.” She tells me, “My favorite is when people come by and say they hate pigeons, and I give them ‘Adoration of the Pigeon’ [her screed], and they come back and say they are now feeding the pigeons.” Often, people purchase the sculptures to convert an intractable friend or family member. “I still wait for the day when someone buys the whole flock,” she says. 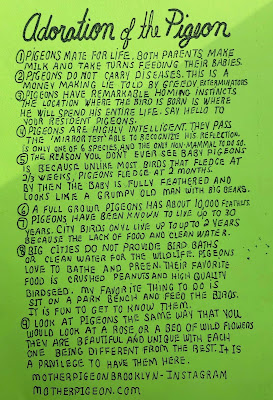 There’s even a soft sculpture of Mother Pigeon beside the donations box. So far, though, no one—not even the pigeons—has mistaken her for the real thing. 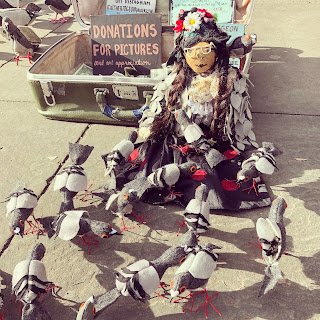