As I spritz bay rum on the placket of the denim shirt and nuzzle the tip of the iron between the buttons, a plume of scented mist rises between me and the Tuesday-night scene at Pete’s Candy Store, a Williamsburg bar. French hip-hop thrums through my headphones, as well as the paired headphones of the shirt’s owner, a member of the band that will play next in Pete’s back room. The warm steam and the cold night, the heated fabric—which has been touching this man all day—moving beneath my fingers, and the music pulsing through our headphones mingle in a heady rush. 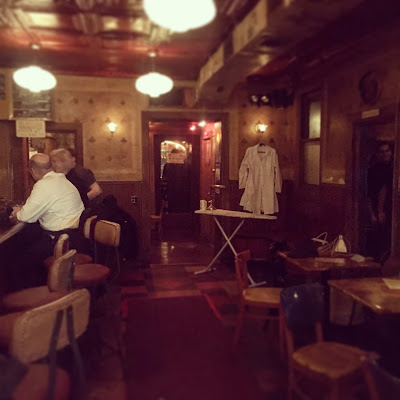 Appraising my technique is a man in a black suit, a green bandanna tied around his forehead. This is James Hook, a self-described “journeyman-level” ironer and founder of the North Brooklyn Ironers’ Union, Local 278 (motto: “Solving the World’s Pressing Issues”; current membership: about three). On certain Tuesday nights, James—who goes by Jamie and sometimes also Iron Man—totes his Ikea board and “Sunbeam knockoff” iron to bars across northern Brooklyn, where he irons strangers’ clothes for free. 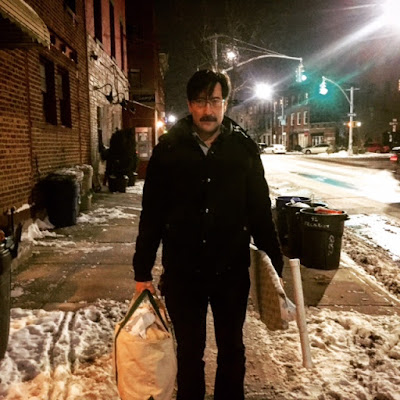 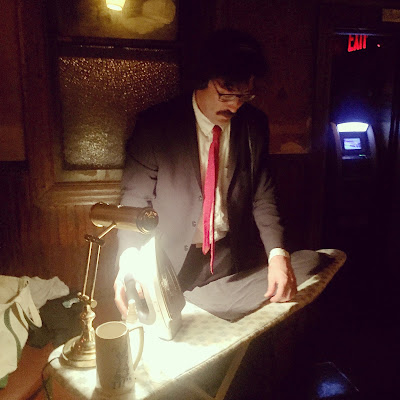 Music is key to the sensual experience. He provides an iPod, two sets of headphones, and a splitter, so he and his clients can listen to the same song. He matches the music to the garment: an Adidas tracksuit might be serenaded by the Beastie Boys; a Japanese headscarf might be smoothed to an Okinawan folk band. Public ironing with privately shared music creates kind of an ideal bar vibe: you’re participating in the soul of the bar as well as in communion with a stranger, you have permission to be silent while also being social, there’s music and a sense of purpose, and you invite curiosity and command authority. 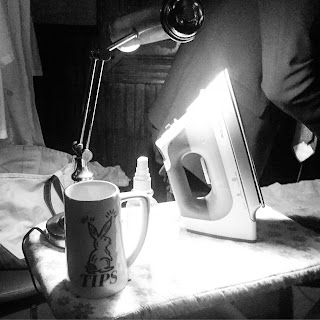 Jamie derives spiritual pleasure from smoothing strangers’ wrinkles. “I find ironing to be incredibly sensually pleasurable, and a big part of that is how each article inspires you mystically. What I’m aiming to do is give you an intimate experience with your clothing.” 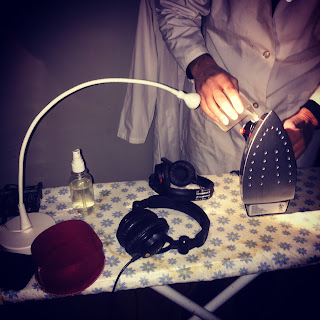 Jamie’s eyes light up when he recalls a few clients from summer 2016, when he began this project. “A really attractive woman took off a pair of short shorts, handed them to me, and just stood at the bar in her underwear while I ironed them.” A couple on a Tinder date both had their shirts ironed, then dashed out the door as the guy gave a raised-eyebrows thumbs-up to Jamie. He has participated in synchronized doubles ironing, for which the partners have to have not only the same technique but an intuitive connection. 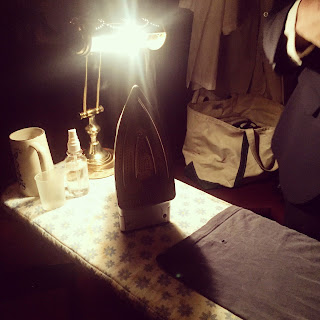 All members of the union must travel with their own tools. Jamie’s bag—a canvas L.L. Bean Boat and Tote—contains the following:

Tonight’s clients include a thirty-year Williamsburg local with a Carhartt work shirt (“I want  a sharp crease right down the middle”) and a girl with a schoolgirl miniskirt (Jamie uses a cross-handed technique to pin down the pleats) but, alas, no underwear. 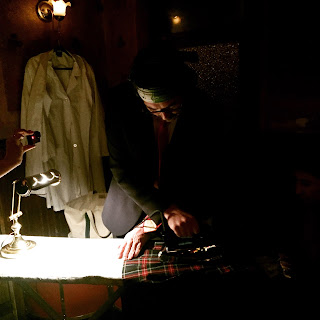 Jamie approaches a British tourist in a wrinkled chambray shirt and touches her lightly on the arm (as he is wont to do). “You look like you could use an iron,” he says. She seems affronted at first, but Jamie works his charm, and a few moments later her shirt is on the board, her headphones are on, and she and Jamie are bopping their heads to John Coltrane. “When I first came in I was like, ‘Who is this guy telling me to iron my shirt?’ Now look at me,” she says. “This is a nice memory for me. This is the way to be warm in New York.” 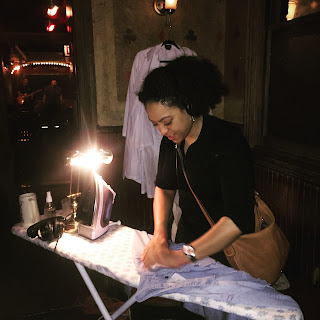