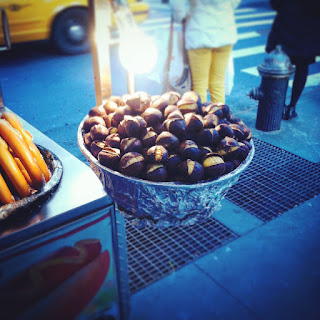 But a lesser-known urban chestnut experience is a relic of New York’s immigrant history: gesztenyepüré (pronounced “GEST-en-yay-pur-day”), a traditional and still-popular Hungarian dessert of pureed chestnut paste mixed with a splash of rum and vanilla, pressed through a potato ricer into vermicelli-like strands and topped with whipped cream. In the early 1900s, gesztenyepüré was a menu staple at the Hungarian restaurants on the Upper and Lower East Side. As far as I know, today gesztenyepüré is served at only one remaining restaurant in New York: Budapest Café and Restaurant, also known as André’s Café and Bakery, at Eighty-fifth Street and Second Avenue in the heart of what was once New York’s Little Hungary. 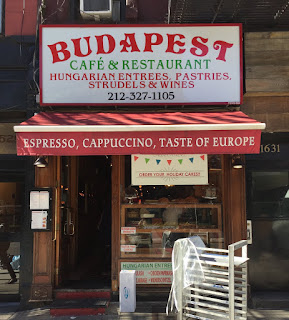 Walking into Budapest Café on a recent afternoon, I was greeted by an almost entirely Hungarian clientele, hunkering down over plates of chicken paprikash and queuing for fresh bread and strudel at the front counter. The warm chestnut tones of the narrow dining room—which features brick walls decorated with photos of Budapest and a pressed faux copper ceiling—quickly whetted my appetite for this sweet incarnation of the city’s favorite street nut. 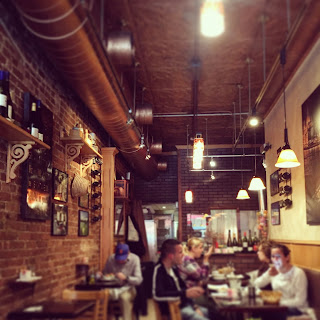 When the glass dish of gesztenyepüré and a spoon were finally slapped down on my table by the harried waitstaff, it was a sight to behold: at once beautiful and hideous. You could appreciate it as a nest of golden, delicate chestnut noodles spilling over the brim and crowned in whipped cream—or as a dish of delicate dog food (crowned in whipped cream). 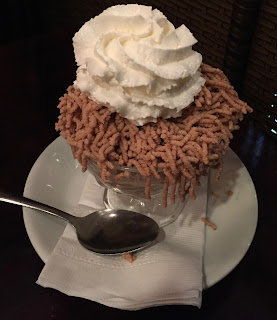 The taste is also a paradox: gesztenyepüré is at once ethereal and leaden. Though they look dense, the chestnut vermicelli are actually fluffy, almost Styrofoam-like, dissolving under the lightest touch. But the flavor is rich and heavy: a sweet, grainy nuttiness, a faint tangy kick of rum and vanilla, melding with the smooth whipped cream, here both on top of and below the pile of chestnut. The dessert appears moist but on first bite is dry, quickly becoming saucy as it melts into mush. It looks like it might be warm, but is in fact chilled. It appears crumbly but is actually squishy. 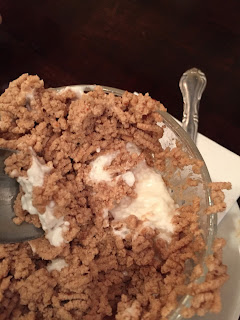 0 thoughts on “TASTE: The lost autumn flavor of Hungarian gesztenyepüré”