Tourists often arrive in the city with a checklist of iconic New York City foods, and they’re willing to queue up before the famous names: Katz’s, Grimaldi’s, Luger’s. But there’s an under-the-radar treat that even many natives don’t know exists: the grilled deli corn muffin. You have to know to ask for it, and pretty much any old name on the neon sign will suffice. 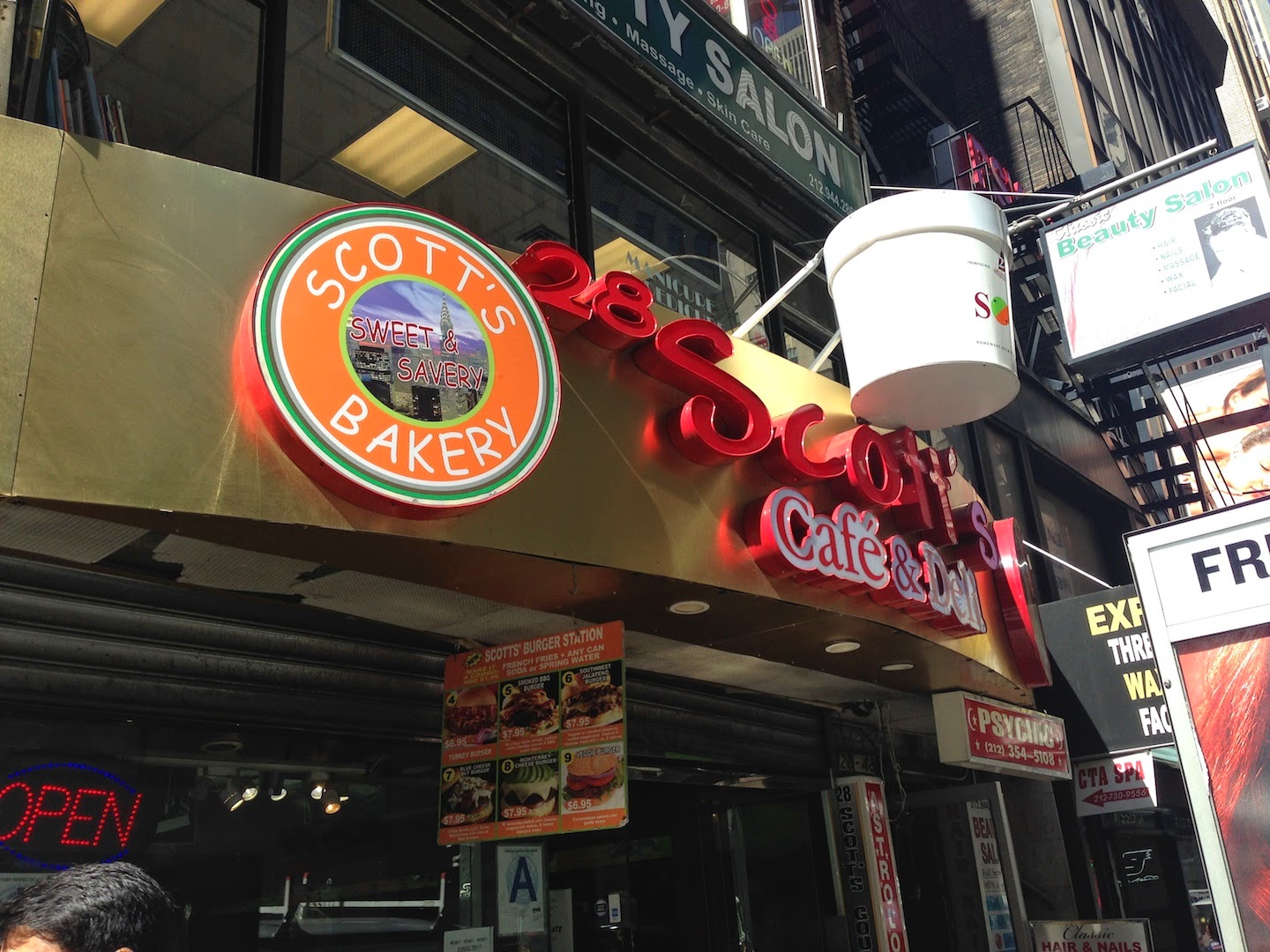 On a recent Monday morning, I stopped into one of the most average New York delis I know: Scott’s, off Rockefeller Center. Scott’s is frequented by office workers and tourists fresh out of the Today show corral. It shares an awning with a salon and a psychic named Angela. The long, narrow space smells of grill grease and stale coffee and mop bucket, and, like any respectable New York deli, it is plastered in more signs than it’s possible to read while waiting for a muffin to grill. 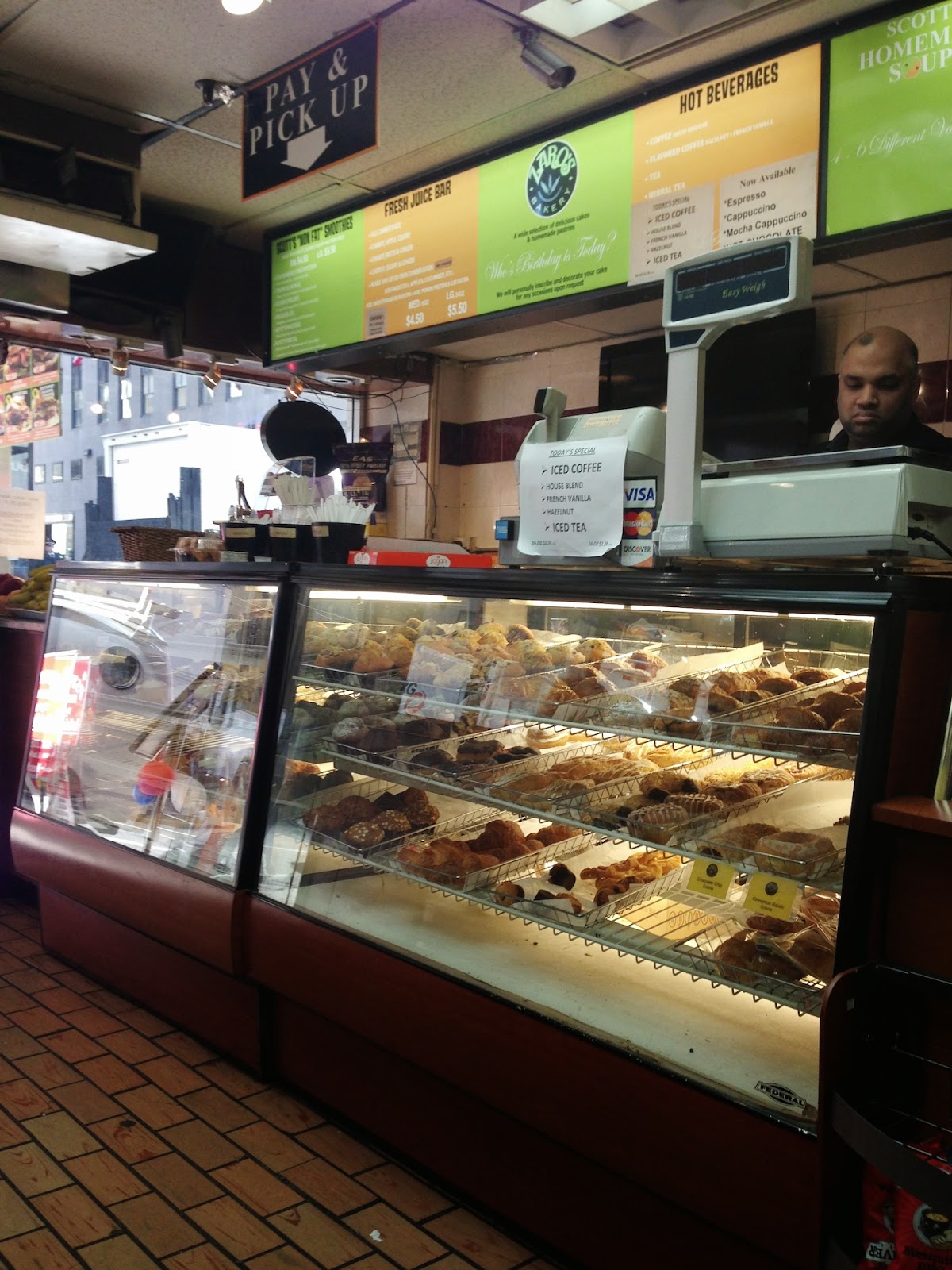 After I placed my order, the grill man plucked a gargantuan corn muffin from the regiment behind the Plexiglas, split it vertically with the wrapper still intact, slathered the cross sections with butter, and dropped it facedown onto the grill. There it sizzled for five minutes or so, soaking up the juices of the grill’s previous inhabitants. 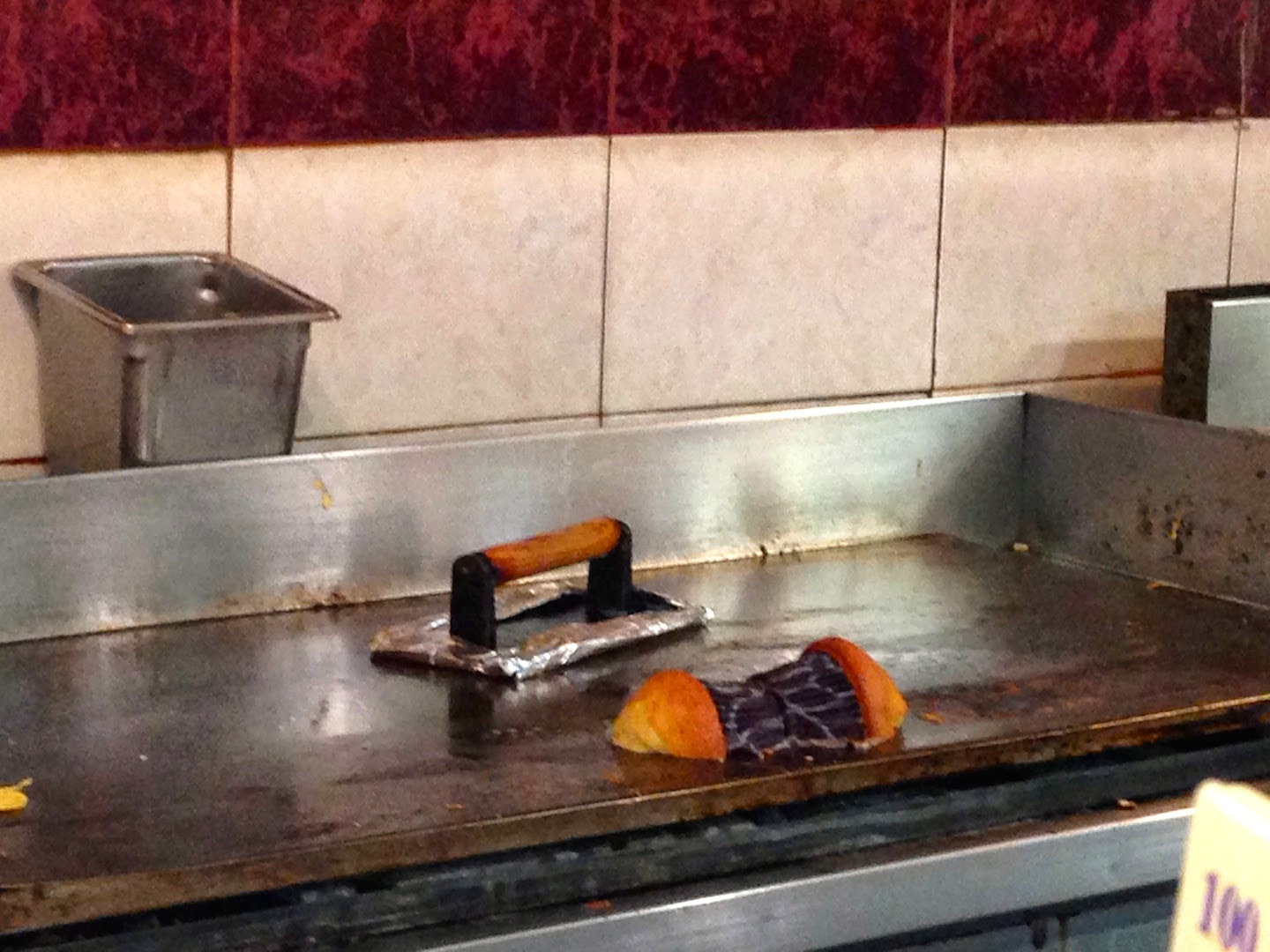 At my local bagel shop recently, I had watched a man request a grilled corn muffin sliced horizontally—“Top off,” he’d said, slicing the air in front of him like someone signaling the end of a conversation—so I asked Scott’s grill man which way was most popular. “Up and down,” he said. “Some people, they like it across, but”—he waggled his head—“up and down—is classic.” He paused. “Some people, they get it cut three ways.” He raised his eyebrows. “But—is too small pieces for me like that.” 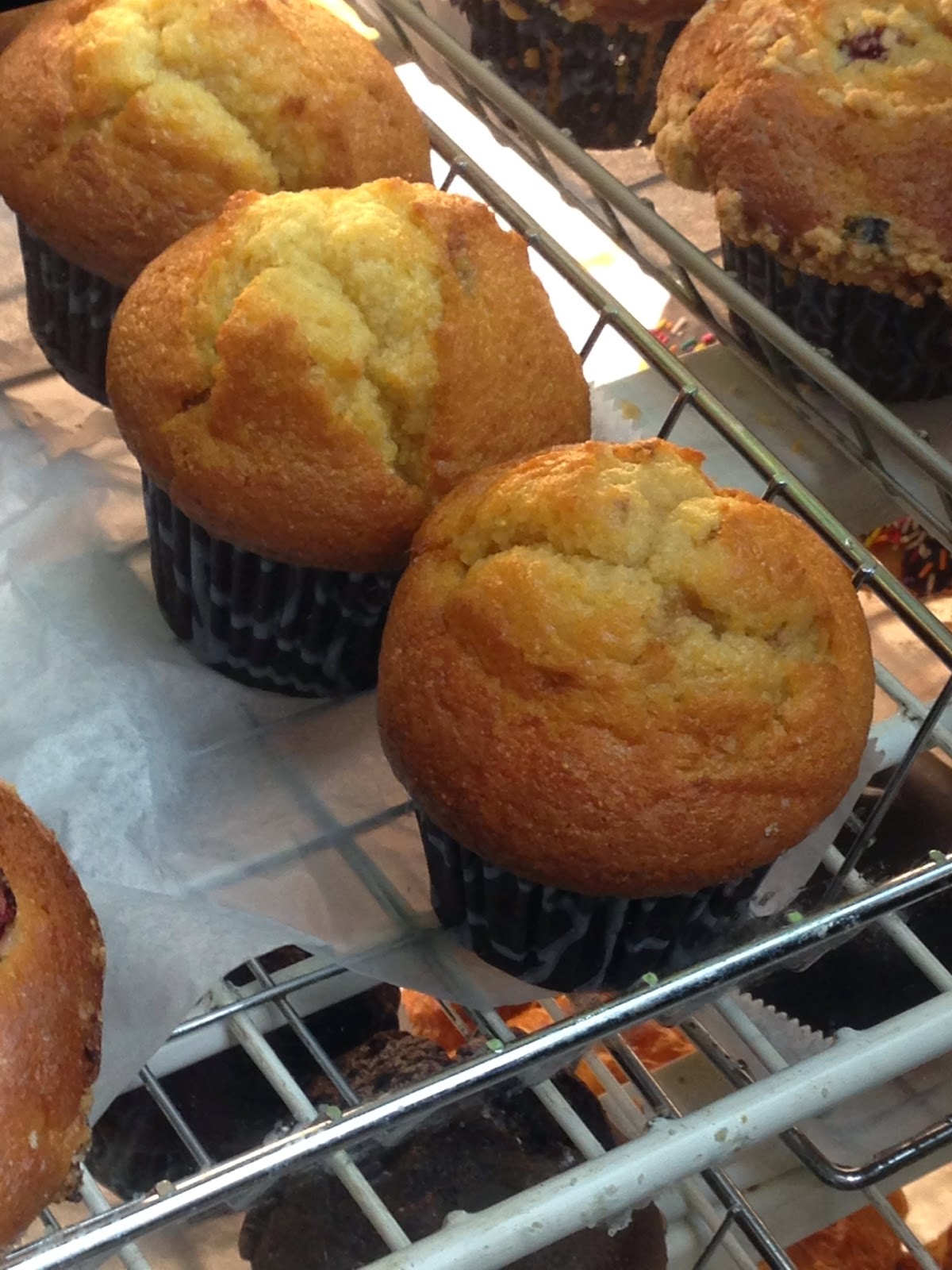 He unfurled a sheet of tin foil from a box and whisked my muffin from grill to counter. I paid $2.25 and unwrapped the warm foil-wrapped mound. The cross section had caramelized into a smooth, crisp surface that, when I bit into it, had a bite of salt from grill that dissolved into a pillowy, fluffy interior of sweet, almost pearly crumbs. 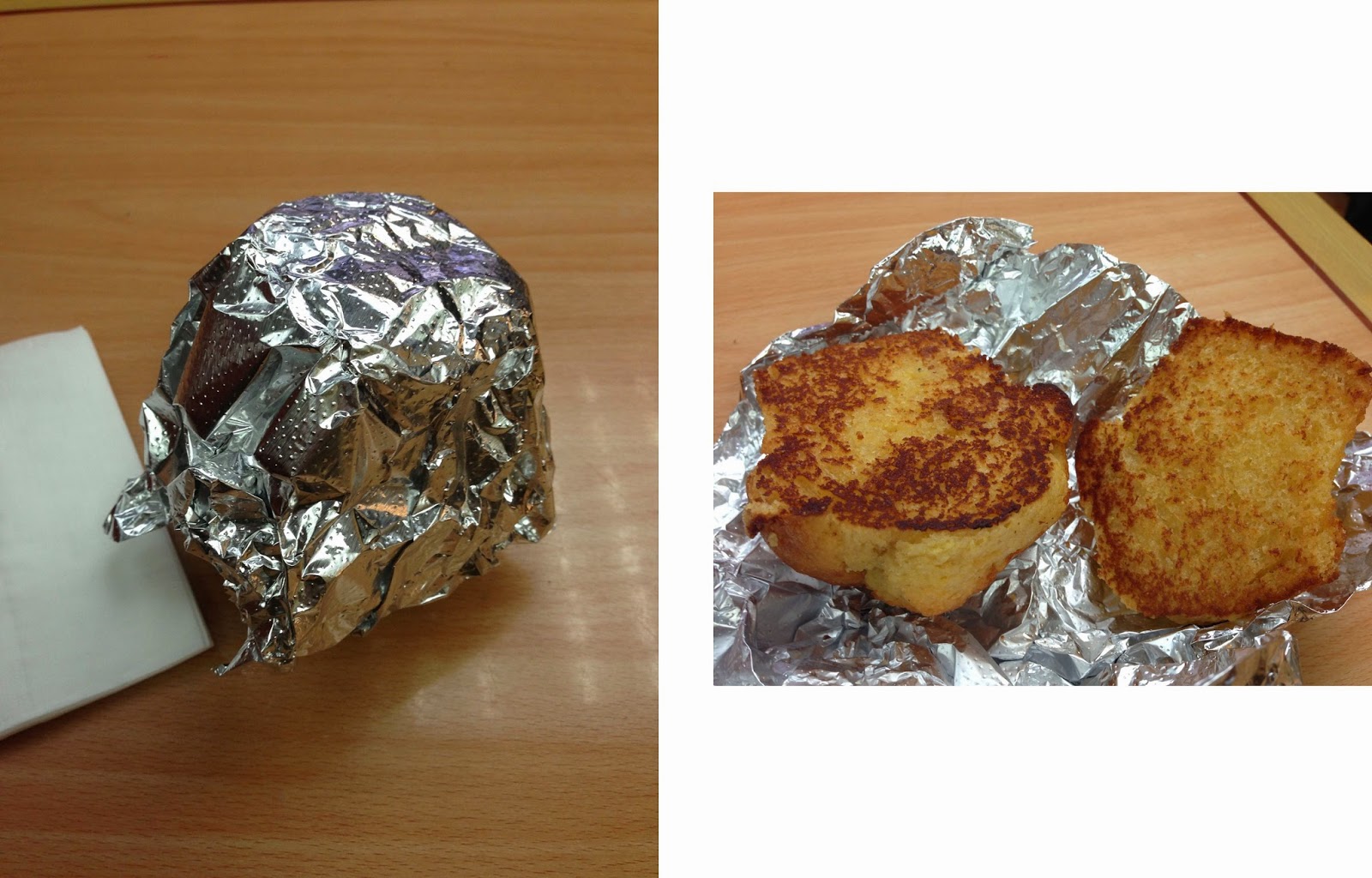 The grilled deli corn muffin is really all about this interior surface, and I couldn’t resist sort of peeling it off with my front teeth, letting the non-grilled portion of the muffin crumble into shambles. As I chipped away like this, a tourist wandered in, stood on tiptoes, and peeped over the counter, “Can I have one of those marble cupcake things?” A businessman, ID tag dangling, huffed, “Small coffee, black, no sugar.” Two ladies in metallic sneakers decided to split a bacon, egg, and cheese, sawing away at it with a plastic knife. 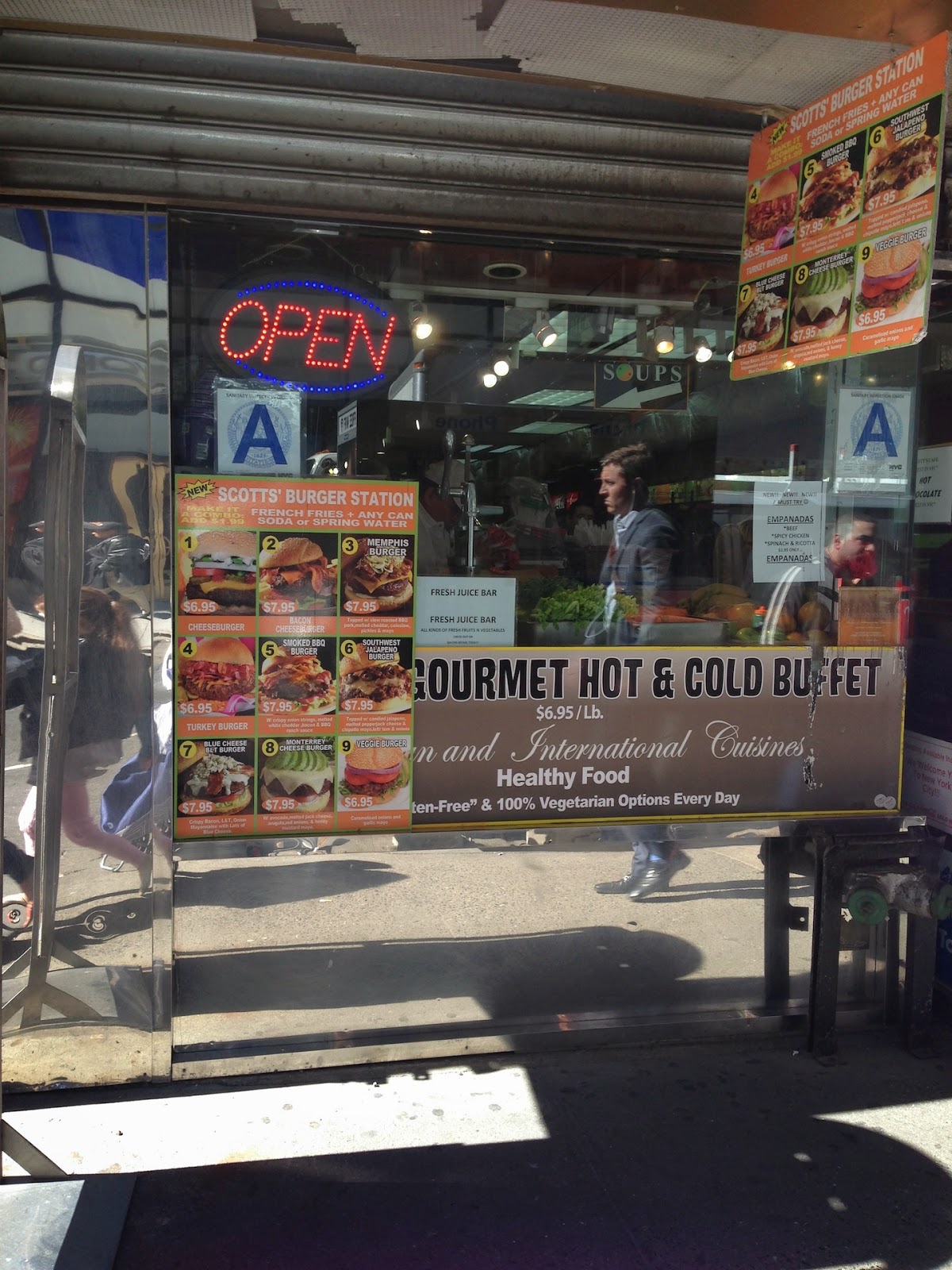 My muffin tasted like a New York morning: fresh, but laced by what had come before it: the eggs, ham, sausage, and bacon of the morning grill; the tourist backpacks and leather briefcases; the guy selling pashmina shawls on a folding table on the corner and the Orthodox Jewish jewelers disappearing into secret doorways and tunnels down the block; the delivery trucks and the bucket sloshing milky water into the gutter; the TV tourists with their neon cardboard signs; the secretaries in pantyhose and running shoes: the corn muffin contained it all, and it was delicious.
Facebook
Twitter
LinkedIn