Rice pudding—that humble, homely, nourishing dessert—has been an unsung staple of New York City cuisine for centuries, brought here in many varieties by waves of immigrants from around the world. The European version can be found everywhere from traditional Jewish and German delis to Delmonico’s, and countless varieties are served at Asian, Middle Eastern, North African, Latin American, Caribbean, and South American restaurants. All usually include rice, milk, and sugar. Rice pudding  was a mainstay of my own diet as a new arrival to the city in my early twenties. Kozy Shack rice pudding, the ubiquitous and inexpensive grocery store brand, often served as my breakfast and midnight snack in the same day. Rice to Riches, a space-age NoLiTa shop that sells nothing but rice pudding in flavors from “Play It Again, Butter Pecan” to “Sex, Drugs, and Rocky Road,” fed my friends after late nights spent bar-hopping along Spring Street. 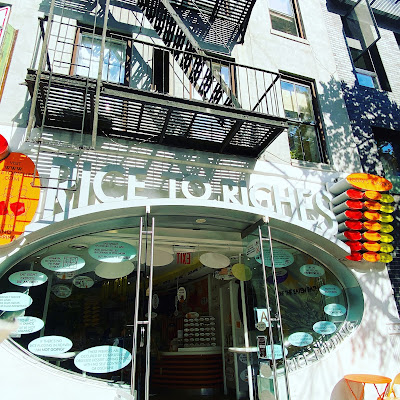 As it turns out, Kozy Shack rice pudding was born in New York City at a deli called the Cozy Shack on Brooklyn’s Seneca Avenue. The deli was known for its homemade, kettle-cooked rice pudding as well as for its sandwiches, and a deliveryman named Vinnie Gruppuso became such a fan of the pudding that in 1967 he decided to buy the rights to the recipe and rebranded the deli’s name for the package. With the help of his friend Sam Walton, founder of Sam’s Club and other big-box stores, Kozy Shack made its way onto grocery store shelves and into home fridges across the country. One of the things that drew me to Kozy Shack as a twentysomething was its surprisingly simple list of ingredients for a mass-produced product: milk, eggs, rice, and sugar, which remains the recipe today. 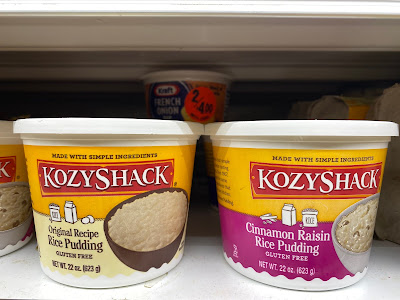 The rice pudding that fed German immigrants in the nineteenth century wasn’t too different from Kozy Shack’s, so I decided to find the most traditional version still made here today. I headed to Glendale, Queens, to Stammitsch Pork Store, one of the city’s last remaining German delis, in a Tudor storefront with heart-shaped cutouts in the shutters and mums in the windowboxes. 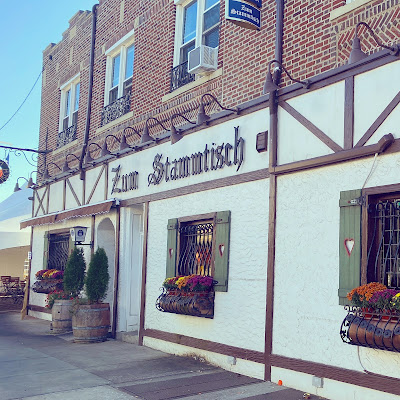 I was surprised to be greeted by an extensive selection of German shampoos and stacks of gray felt Oktoberfest hats, but at the back was a pristine deli case tended by staff in crisp white aprons and paper caps. 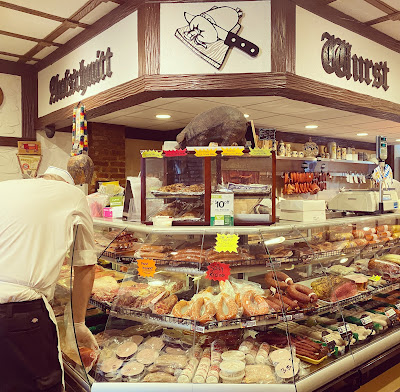 The fabled rice pudding was sold by the pound, scooped from an aluminum tray into a plastic tub and slapped with a sticker label. Decanted at home, it had panes of shiny smoothness from the milk skin that cracked into jiggling shards with the edge of a spoon. 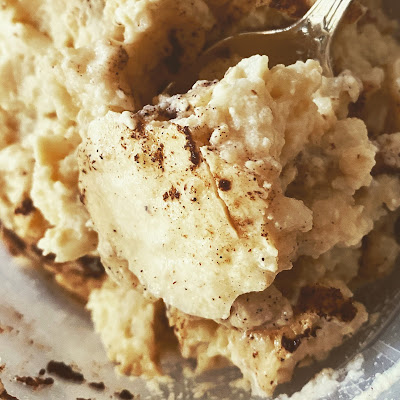 The firm, nutty grains of rice broke into the faintly sweet, eggy, creamy base, spiked by the occasional sour, dry shock of cinnamon. 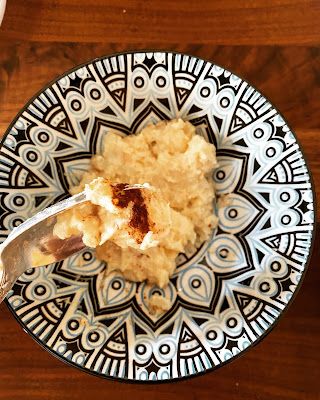 I’m sure many new immigrants to New York would raise an eyebrow at the idea of a path from “rice to riches,” but the sticky, glutinous sound of a spoon sinking into the pudding and the first taste of blandly sweet custard brought me back to my early, innocent, hungry days in the city and the comfort of a simple, healthy, rib-sticking dessert.