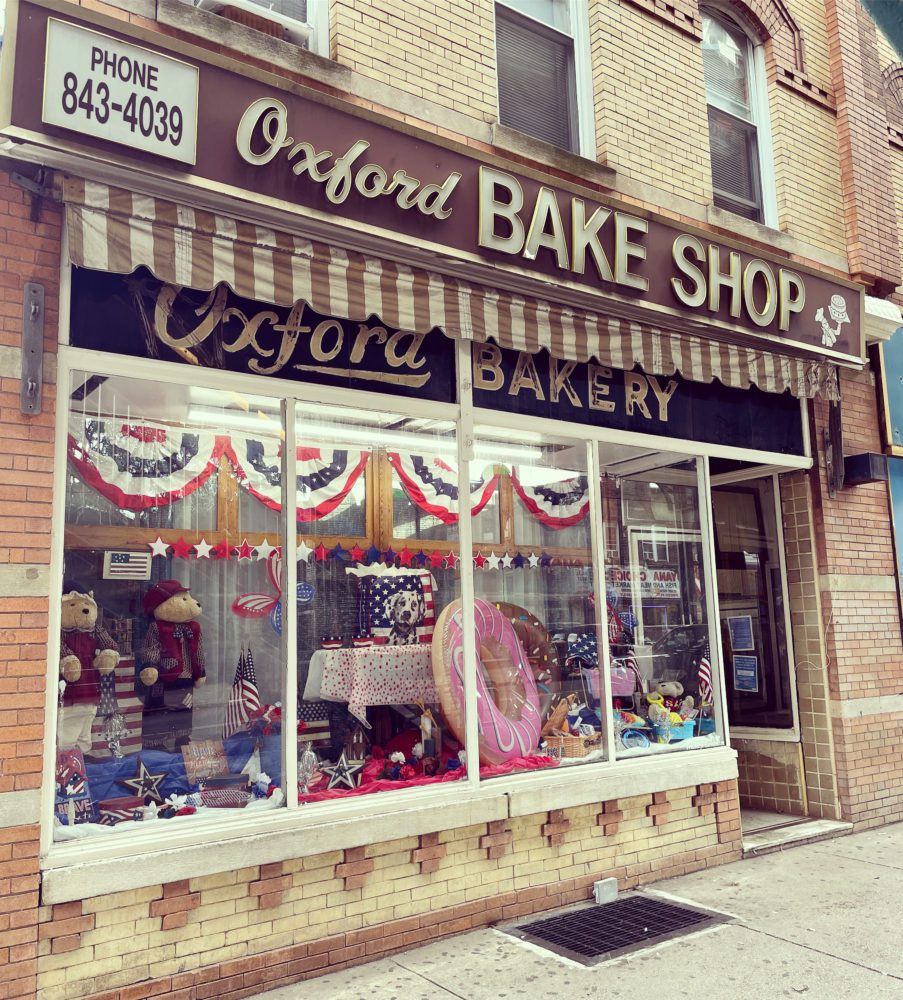 The door of the midcentury Oxford Bake Shop, in Ozone Park, Queens, opens like few doors do anymore in New York City. It’s wooden, screened, with a diminutive handle befitting its weight, and it snaps closed with a twang. On this August day, the bakery’s window decor is flagrantly patriotic. Inflatable doughnuts recline against “God Bless America” placards; a teddy bear in a USA sweater holds a sandcastle shovel. 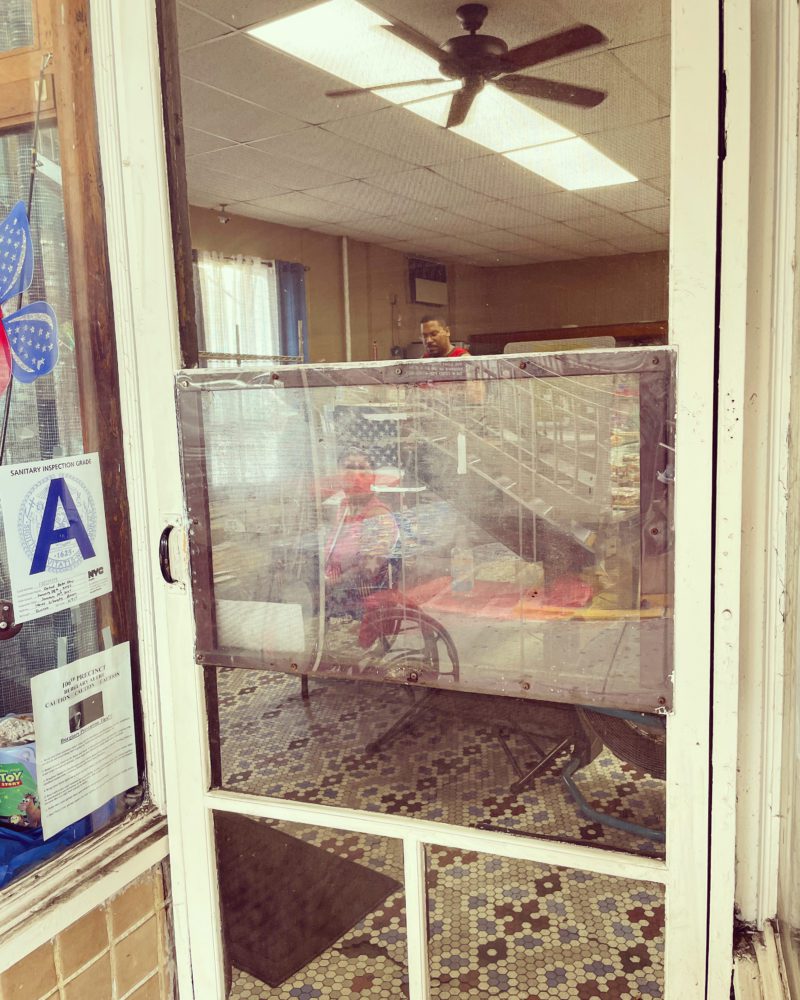 Inside, there’s a country store feel: ceiling fans spin above a tile floor, curtains film the windows, wooden shelves lean against molded plaster walls. The baked offerings are sparse; signage is scrawled on taped-up paper bags. I tell the woman behind the counter, “I was researching the best classic New York crumb cake, and several people said to come here,” and she raises her eyebrows in surprise, shrugs, and says, “I mean… it’s good.” She reaches into the case and shovels out a slice from a stars-and-stripes tray onto a sheet of waxed paper. 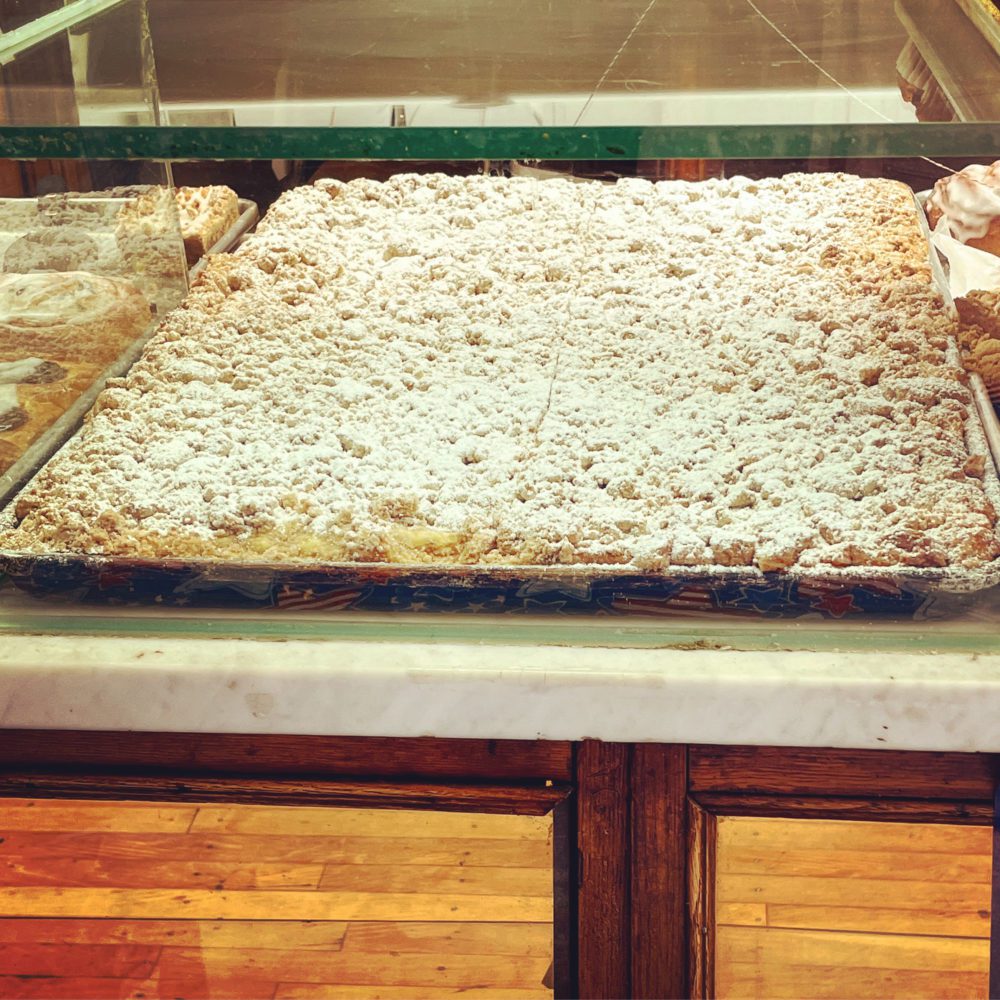 Crumb cake was brought to New York City by German immigrants, and quickly became an iconic breakfast treat across the city, though it’s not often served outside the East Coast. It’s known for its contrast in texture: a base of moist yellow cake with a dense, dry cinnamon-crumb topping. Ideal proportions are about half-cake and half-crumb. New York crumb cake is found swathed in plastic wrap on deli counters and in trays beside the black-and-white cookies in bagel shops. It’s a classic New York breakfast-on-the-go. 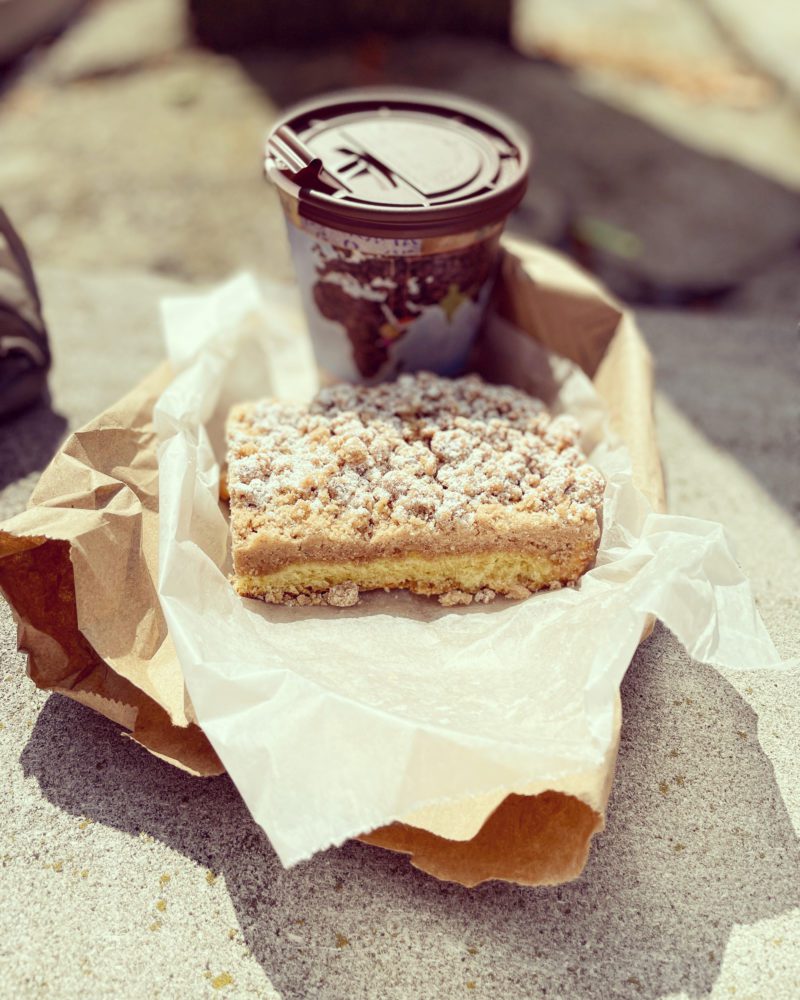 I took my coffee and cake and strolled around Ozone Park, looking for a bench. I quickly became intrigued by Ozone Park’s houses, whose architecture seemed—uncannily—to echo that of the crumb cake in my hand. Many of the houses were divided starkly into two contrasting layers and textures, one ornate and the other plain.

Finally I found a seat across from a house with swan-themed window decor as elaborate as the bakery’s, and unwrapped my cake. The top layer, dusted with confectioner’s sugar, resisted my first bite, then scattered into dry, buttery, cinnamon-spiked crumbs that melted in the mouth. The yellow cake had a contrasting rubbery bounce to it and stayed firmly intact, not unlike a mattress for a crew of rambunctious crumb children. A thin, jammy mortar marked the merging of the two layers, where the crumb had melted into the cake. 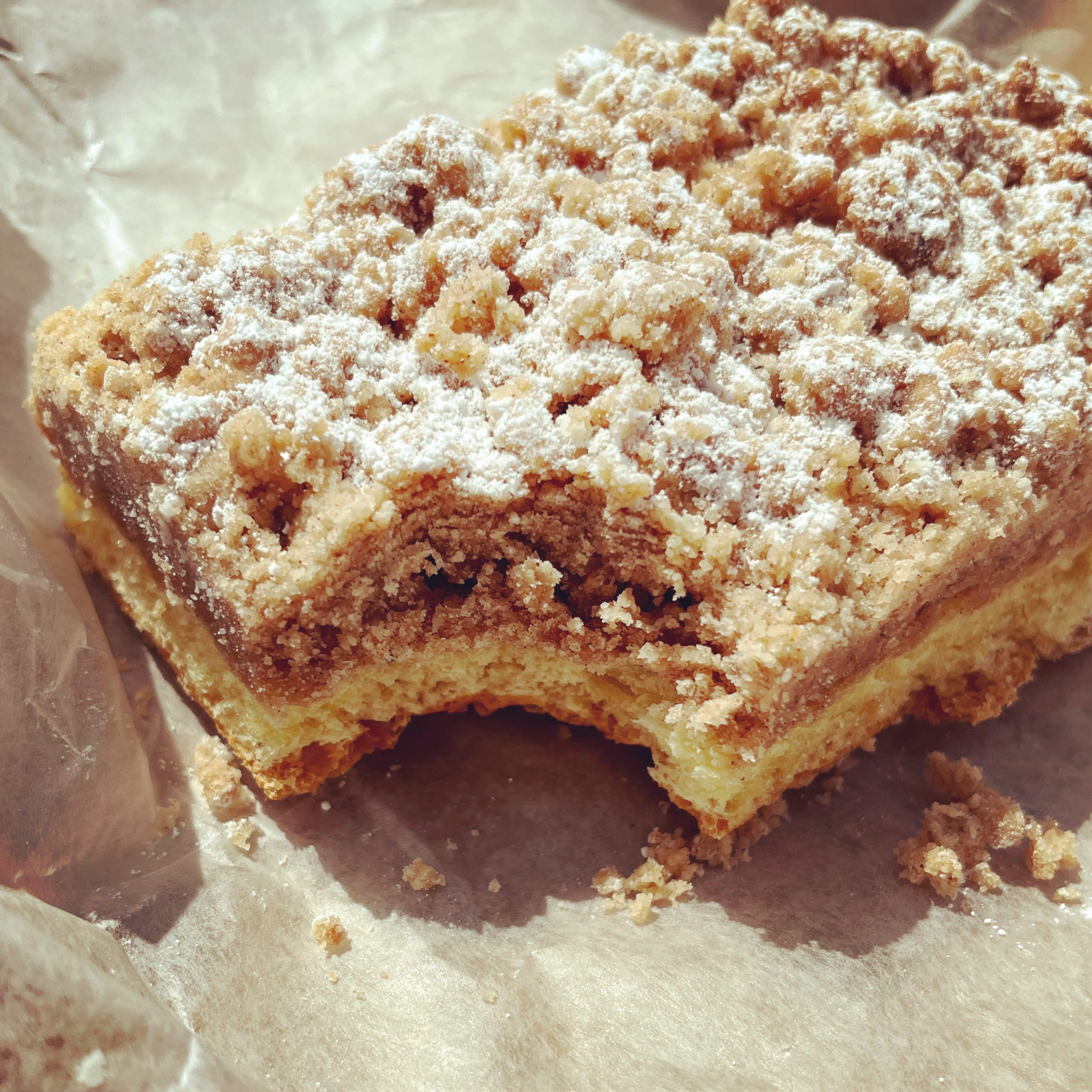 The bitter coffee provided a constrast to the sweet dryness. I headed back toward Liberty Avenue, where the festive bakery, nestled beneath the slatted, shifting shadows of the A train trestle, provided its own urban contrast of texture. 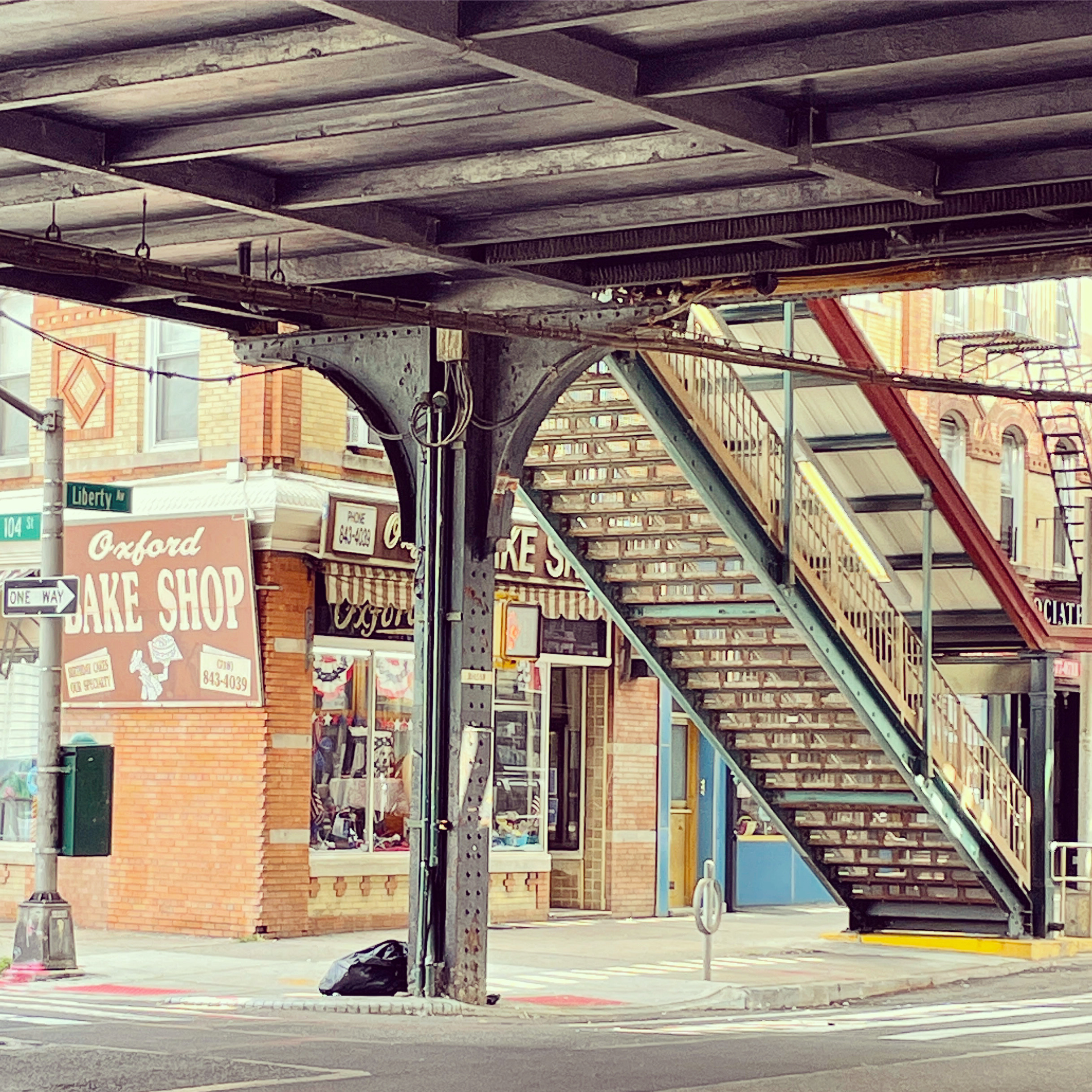