“Bula!” chants the crowd around the bar, raising their plastic coconut shells and downing the muddy contents in one long gulp. This is really the only way to drink kava, an ancient and foul-tasting beverage made from the ground roots of a South Pacific plant.

Kava promotes a state of intense bodily relaxation known as a “body high”; technically, it has no effect on the mind—but of course the mind tends to follow the body. “Bula” is the Fijian version of “Cheers,” and it resounds twice a day through the small East Village storefront of Kavasutra, Manhattan’s only kava bar. (New York City has just two other kava bars, Brooklyn Kava and House of Kava, both in Bushwick.) 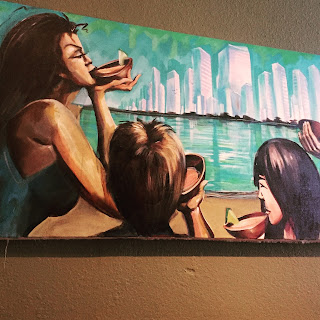 Each day, at 1 p.m. and 1 a.m., Kavasutra offers one-dollar “shells,” as the plastic bowls are called (kava is traditionally served in coconut shells), on the condition that the drinker downs the contents before the clock strikes 1:01. As it turns out, this isn’t hard to do: if sipped, kava’s flavor would be almost unbearable to most people. The bar provides a slice of pineapple as a courtesy chaser. 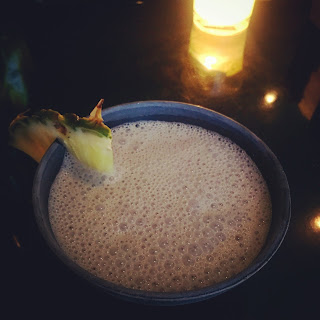 As today’s weekday afternoon crowd attests, kava is becoming increasingly popular as a legal, FDA-approved alternative to alcohol—though mixing the two is not recommended, for risk of liver damage (mixing kava with acetaminophen is also discouraged). Unlike alcohol, kava has a reverse tolerance effect, so the first time you try it you have to have a strong dose, or a lot, to feel any effects. For my first tasting, I eschew Kavasutra’s “Punch in the Face” in favor of the “Ed shell,” a blend of powdered and liquid kava that the menu describes as “very strong and effective.” At the call of “Bula,” I nervously raise my shell to my lips and tip it toward me. 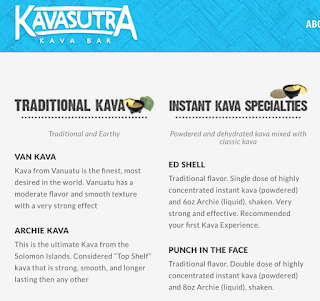 The milky brown, lukewarm liquid fills my mouth: it’s frothy, chalky, and bitter, like what I imagine a chalkboard would taste like if licked. I gulp and gulp, steeling my taste buds into numbness. As the grainy dregs slide over my tongue, the flavor becomes more minerally. A fellow patron remarks, “It tastes like cigarette butts and dirt,” which isn’t far off. I grab the pineapple slice, the sharp sweetness cutting through the coating beginning to form at the back of my throat. Then I sit back on the barstool and wait for the effects to kick in. “I can’t imagine what it would have been like if I’d discovered kava in college,” one guy muses. 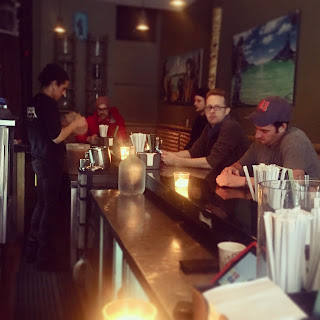 Beneath the bar’s tiki wall hangings and carved totems, the crowd hunkered over the bar is young and scruffy and mostly male. It takes only a few visits to realize that Kavasutra has created a sort of low-key New York City underworld: almost everyone seems to be a regular, in for their daily fix, bent comfortably over laptops and phones, popping in and out for smoke breaks, slapping each other on the back. An androgynous person sketches; a guy scribbles in a journal. Some guys in hoodies discuss interstate cigarette smuggling. The Velvet Underground plays. A group of stunt artists talk about a friend who can bend his rib cage to contort into any container, and another group discusses numerology in Harry Potter.

I soon learn there is also a secret menu. A guy sidles up to the bar and murmurs, “Did you get the good stuff in yet?” A chic young woman strides in and orders “the red top,” earning glances of respect from some of the guys. The bartender unearths a murky glass growler from beneath the bar, which I later learn contains kratom, a controversial (but legal) Thai stimulant that is brewed into a tea. 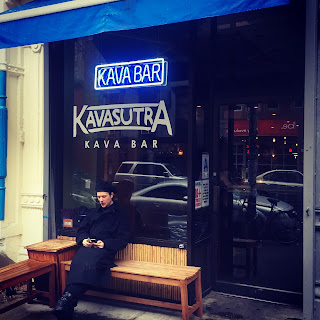 After about ten minutes, the top of my mouth has become tingly and my lips have gone numb. I panic for a second and consult the bartender, but he assures me this is normal and just to relax and enjoy it. Next, my limbs begin to feel warm, spongy, and heavy, but my mind is still mostly clear. Over the bar, a flat-screen TV is playing a video of a winged drone flying down a snowy mountain and smashing slalom-style through a series of paper hearts mounted on poles. I begin to wonder if kava has hallucinogenic effects despite its claims otherwise, and I realize I need to get out of there.

As I saunter toward Second Avenue, feeling loose-limbed and increasingly loose of mind, I catch sight of Zoltar, the patron genie of Gem Spa, beckoning from beneath the awning of the historic candy store and newspaper stand. I insert my two dollars into his booth and he comes to life, nodding and spitting out his yellow paper fortune: “Don’t let opportunity knock on your door in vain.” 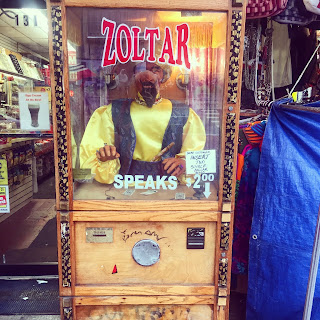 Taking his words to heart, I decide to knock on opportunity’s door and go inside to order one of Gem Spa’s famous egg creams, purportedly the best in the city and mixed up right behind the cash register. 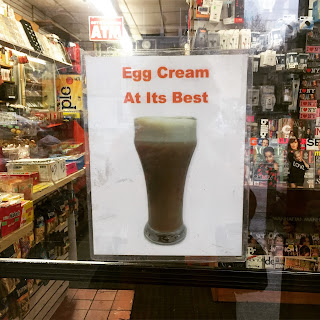 The counter guy hands me a complimentary pretzel stick from the plastic bin on the counter, and I amble through the city, feeling open-hearted. The sweet, creamy, frothy mix of seltzer, syrup, and milk spreads through my tingly limbs, enlivening them. Turns out this New York classic is the perfect post-kava drink: bitter followed by sweet, chalky balanced by creamy, frothy tempered by tangy salt. 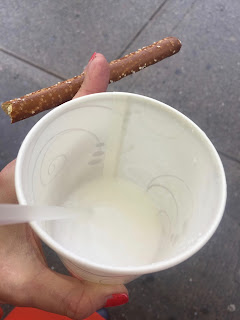 As I walked, I recalled a conversation I’d overheard at Kavasutra among a group of regulars who had been discussing a quote from the British TV show Dr. Who: “We are all stories in the end, but what’s important is we make it a good one.” With Zoltan’s fortune in my pocket, an ancient root coursing through my body, and the city streets before me, this feels as true as can be.