My first encounter with New York City’s raw-milk counterculture took place in a Bushwick church basement in 2003. Directed there by a series of hush-hush emails from an undercover milk group, I found dour, suspendered Amish farmers doling out unmarked containers from coolers on folding tables. My fellow pasteurization dissenters slipped in and out with bulging bags and refused to make eye contact. 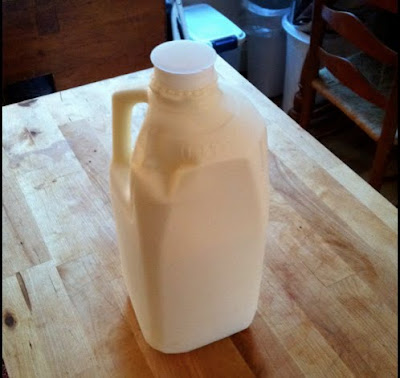 Raw milk—that is, straight from the udder, unpasteurized, unhomogenized, no vitamin D added—is illegal to sell in New York State unless it’s purchased on the premises of a certified farm. Some say it is risky to drink because it can contain E. coli and other harmful bacteria. But its fans credit it with improving immunity and curing digestive and skin disorders. The first time I tried it—on a farm upstate—I was won over by the grassy, sweet, unctuous taste, the golden color, and the head of cream so thick I had to slice it with a knife to let the milk pour through.

My second encounter was a year later, at a potluck supper in an East Village tenement apartment. There was no doorbell so the host, an herbalist, threw down the key from her window in a baby sock. She served nettle tea to the group, which included a man who claimed raw organ meat had done wonders for his health. As we filled our plates, someone revealed that you could buy raw milk at a local holistic pet-food store. Admittedly, it was dyed green to make it unappealing for human consumption but legal to buy for your shih tzu. Everyone nodded as he insisted that it tasted every bit as good.

It was only a matter of time before the raw-milk crowd moved from basements and tenements to the Internet. I was thrilled to find a site where I could order my raw milk delivered fresh to my doorstep on Sundays, C.O.D. As a neat, smiling deliveryman handed me a plastic bag of very cold milk, he said, “Next time try the 6.8” (6.8 percent fat, that is), and I felt I was joining the ranks. The following Sunday his call came after midnight, and I waited in pajamas in my building vestibule, clutching a wad of cash, as the unmarked van pulled up to the curb and he handed me my stash, which was, unfortunately, warm. Concerned about bacteria, I called to complain, and a cheerful woman reassured me that raw milk tastes even better warm and is perfectly safe. “I learned it from the Russian people!” she said, adding, “They leave their milk out all day and, to tell you the truth, it looks like vomit, but they stir it up and pop it in the fridge and, well, it’s not to my taste, but—son of a gun! I’ve got to get this other call.” 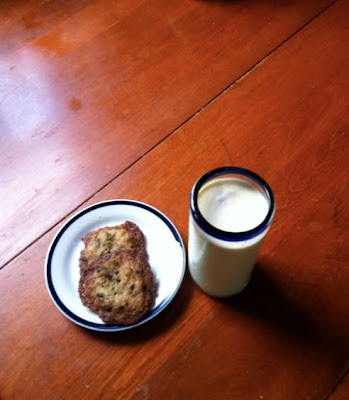 I decided to try moderated Russian-style and let a glass of the 6.8 sit out for half an hour. Without the chill, the sweetness dominated, and a layer of cream solids marbleized the surface. The cream slipped into my mouth ahead of the rush of milk, and I could taste a bouquet of the grass and flowers the cows had eaten. I don’t know if it was the undercover, conspiratorial purchase or the contented Amish cows or some combination of the two, but this milk was the real deal.