Sitting next to me at a bookfair, a poet told me that the kindest thing his father ever said to him was, “there are two kinds of people in the world, and you’re neither one of them.” I was reminded that my wife, folklorist Amanda Dargan, once collected examples of dividing the world into two kinds of people in notebooks that have sat on our bookshelf for some thirty years. I pulled them out for this month’s Poetry of Everyday Life blog.

And well I should because, after all, there may be two kinds of people in the world, but Amanda, City Lore’s Education Director and our guest blogger, to her credit, is definitely neither one. 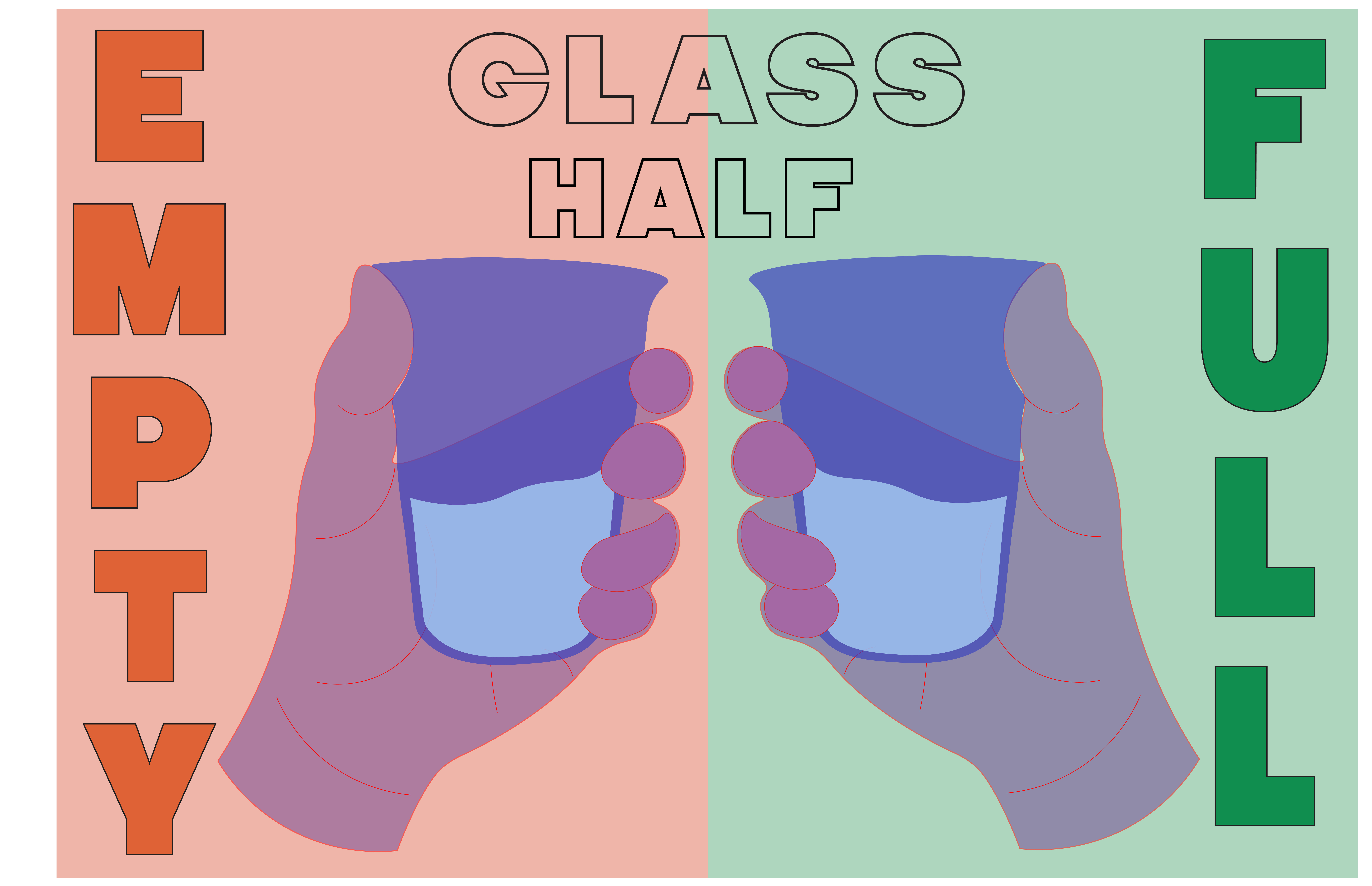 I grew up on a farm in Darlington County, South Carolina, and one day my father, Lucas Dargan, announced that as a sideline to his work as a forester he planned to start raising chickens and selling the eggs. At the local feed and seed store where he went to buy supplies, he got into a conversation with the owner. “Lucas,” the owner told him, “you know, there are two kinds of people in this world, those who want to get into the chicken business, and those who want to get out.”

Years later, when I was a graduate student in folklore at the University of Pennsylvania, I started keeping a notebook of these everyday expressions that I heard or found in conversations, newspaper articles, and books. My father, always a rich source of these and other expressions, gave me another example. On returning from a trip to Italy, he told us about a harrowing taxi ride in Rome and the driver’s response to his concern about the speed and recklessness of the city’s drivers, “There are two kinds of people in Rome, the quick and the dead.”  A similar expression is used to describe two kinds of men–“ the quick and the wed.”

Amanda Dargan. Do you unroll toilet paper from the top or from the bottom?

In addition to the excluded middle, dividing the world expressions often employ the strategy of foregrounding a detail that divides a wide swath of human personalities into two types, often using a mundane behavior to illustrate a larger personality type. Alan Guignard, a friend who was part of a group I travelled with after college, complained that there are two kinds of people in the world, life saver suckers and life saver chewers. He was a life saver sucker, and we, his traveling companions, who gobbled through a whole pack of life savers while he still sucked on his first one, were life saver chewers. Life safer suckers, he declared, are more deliberate, frugal, inclined to delay gratification, and stick to a plan. Life saver chewers, on the other hand, are impulsive, seek immediate gratification, live in the moment, and scrap the planned itinerary when they see something they find more interesting.

“There are two kinds of people,” our friend Holly Cutting Baker declared, describing another character trait that embodies a larger personality type,“rumpled and unrumpled.”  Rumpled people look rumpled no matter how much they iron their clothes. “I’m definitely a rumpled,” she said. “Unrumpled people look neat even if their clothes are rumpled.” Steve Bannon, for instance, would be a rumpled; Barack Obama, unrumpled.

Not all dividing the world expressions are binary. Others divide the world into three or more categories based on their approach to a common behavior. John M. Richardson, Jr. once claimed, “When it comes to the future, there are three kinds of people: those who let it happen; those who make it happen, and those who wonder what happened.”

Some divisions signify absolutely nothing more than a difference in habitual behavior. My friend Craig Schaffer once told me that there are two kinds of people, those who eat artichoke leaves with their top teeth and those who eat them with their bottom teeth. Similarly, another expression divides the world between people who pull their toilet paper from the bottom and people who pull it from the top. Those divisions don’t seem to indicate larger personality traits, just habitual behaviors, and they also exclude the middle category of people who aren’t so set in their ways and may choose to vary the way they scrape artichoke leaves with their teeth.

For philosophers, mathematicians, and logicians, these dividing up the worlds can be expressed in mathematical terms. The law of excluded middle is written by the mathematician Charles Sanders Peirce as {(x → y) → x} → x.  I won’t attempt to explain.

For folklorists, dividing-the-world expressions are a form of verbal play. They are a way of simplifying the complexity of human beings, often by drawing on stereotypes, by putting them into distinct categories in order to persuade, express an insight, or argue a point of view with wit and humor. For example, optimists and pessimists are described in a popular expression as those who say the glass as half full, and those who say it is half empty. My daughter Eliza suggests a different way, which is not included in this binary expression: If you take an empty glass and pour water into it, it’s half full. If you take a full glass and pour water out, it’s half empty. A friend, Carol Klenfner, quoted a man who told his grandchild: “You ask if the glass is half full or half empty?  What does it matter? It’s such a beautiful glass.”

Some dividing-the-world expressions create a false dichotomy to stake a claim or denigrate a category of people. For example, those who love the art or music of, say Beyoncé, and those who have no taste. When Steve told his father that he was planning to teach high school, his father said, “There are those who do, and those who teach.” And one cynic added, “those who teach teachers,” as if those in this category were somehow on a still lower rung of the ladder. At City Lore, in fact, we do teach teachers and consider it a high calling.

On reading this the folklorist Phlip Nusbaum reminded me that There Are Two Kinds of People in the World was also the title of a song by Little Anthony and the Imperials back in the 1950s. (That’s the group that sang the hit Tears on my Pillow.)  It goes:

After a few years of considerable frustration, my father did get out of the chicken business, but not before he inspired a way of dividing the world in our nuclear family that has become a favorite Dargan-Zeitlin family expression to use when someone gets too bossy around the house. When my youngest sister Rosa was a child, my father asked her to do a household chore. She resisted and asked, “Why?”, to which he responded, “Because I asked you to, and I’m the boss.” “You’re not the boss of the house,” she told him defiantly. “Momma’s the boss of the house. You’re the boss of the chicken house.”

Please send your Dividing up the World examples to adargan@citylore.org.