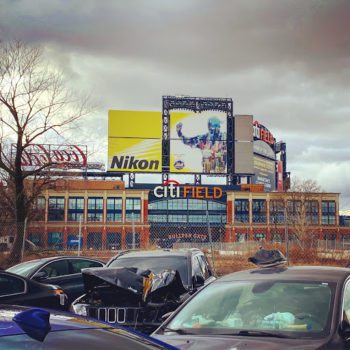 As I exit the expressway toward Willets Point Boulevard, men flag me down at the stoplight. “Hola, Mami! You need car repair? This way!” To my right, the billboards of Citi Field pierce the sky. 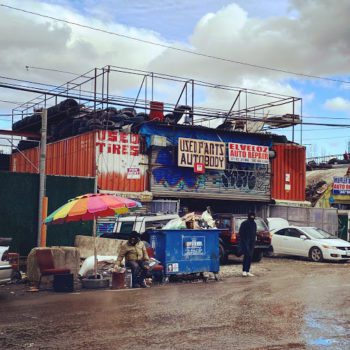 But the men are waving me to the left, where a man hunkers under a beach umbrella, fanning a trash-can fire. A structure of corrugated metal and stacked shipping containers, topped with piles of tires and broken windshields, teeters behind him like an absurd automotive wedding cake. With a flattened cardboard box, he swats at passersby, who raise their hands in greeting. 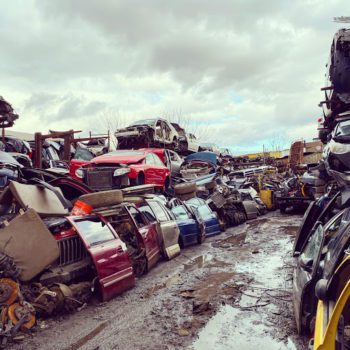 Welcome to the Iron Triangle, a roughly six-block shantytown of more than two hundred auto-repair businesses, chop shops, and salvage yards operating out of Quonset huts, hovels, and even RVs, that has existed in Willets Point in some form since the 1930s. 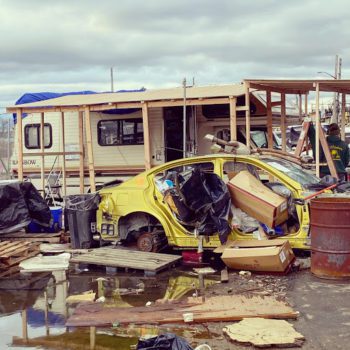 Their shop names exude promise: Sunrise, Good Luck, Happy, Rich, New Beginning. The 250-odd businesses here make up the most concentrated, efficient, and competitive auto-repair zone in New York City. Here you can get your flat fixed, muffler welded, hubcaps replaced, dented door banged out, upholstery patched, or upgrade your exhaust tip—fast and for cheap—in the hands of the Iron Triangle’s roughly 1,500 skilled workers, who these days are mostly low- and middle-income and Hispanic. 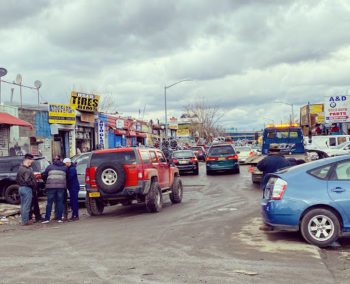 In this urban underbelly, there seem to be lots of unwritten rules. No to honking. Yes to haggling. It’s mostly a men’s world, though I saw some women and even children epoxying cars and selling coffee. Vehicles queue up, chatting through open windows as they wait for quotes. They are families in minivans who need a transmission, livery car drivers in search of a side mirror, a guy in a Porsche looking for a window tint. People come from across the tri-state area knowing they’ll get a good deal. So the shops compete, and even in these blighted surroundings, presentation is an art. From rim racks, 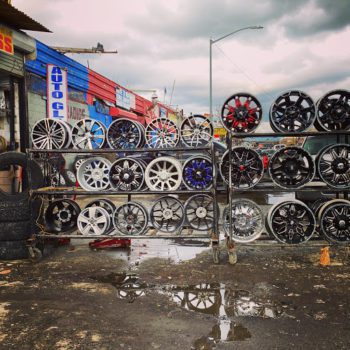 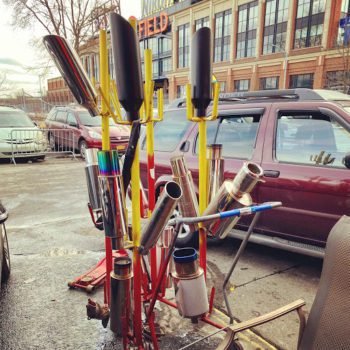 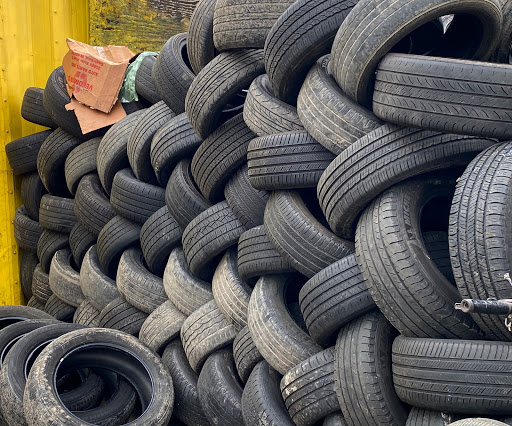 But if you’re one of the few visitors exploring on foot, the Iron Triangle offers a rare synergistic symphony. Sawzalls zizz as they slice into tailpipes. 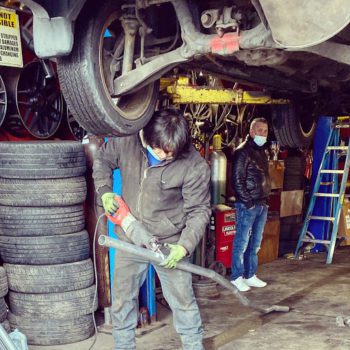 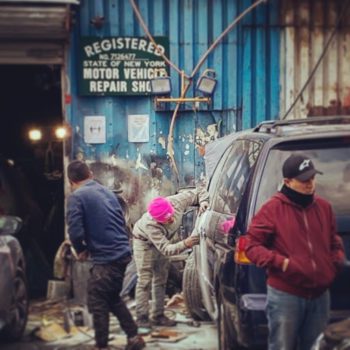 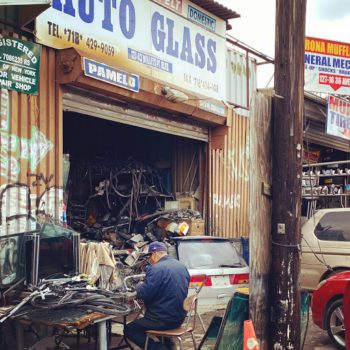 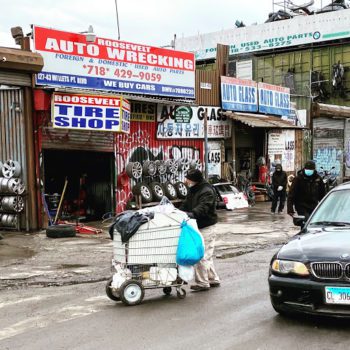 The Iron Triangle is located on a flood plain at the confluence of Flushing Creek and Flushing Bay. Seagulls caw above the marsh grasses. Every few minutes the rumble of a low-flying plane from La Guardia pierces the clouds. 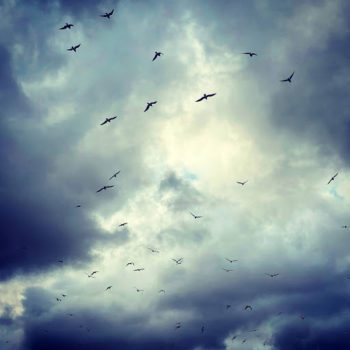 The roads here are unpaved and exempt from street-cleaning rules. Cars drive slowly, careful not to splash the workers as tires slosh and slap through the mud, popping the mini liquor bottles and plastic clamshells that clog the puddles. There are no traffic signs, sidewalks, or stoplights. Loitering men direct cars in a coded language of hand signals, whistles, and “Heeey-ep!”s. 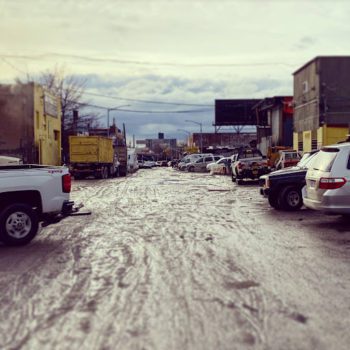 The 7 train squeals past on the elevated tracks. Every so often, amid the cacophony of metal, you hear the mewl of an alley cat. They slink out of minuscule doorways, rubbing their backs against the corrugated tin. 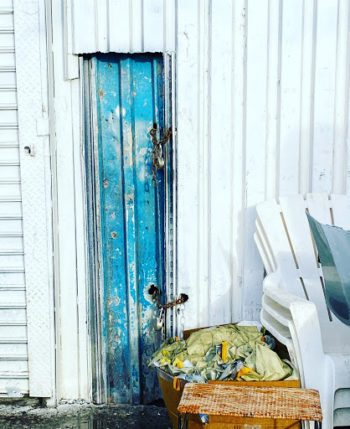 Salsa and merengue plink from the open windows of idling cars and the trunks of minivans serving as makeshift cafés. 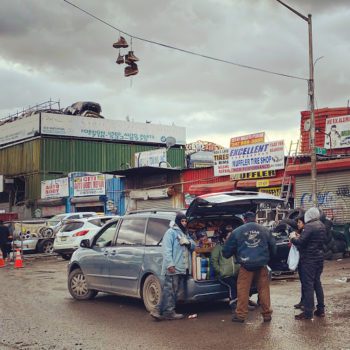 There are no bathrooms, since the area is cut off from the city sewer system. 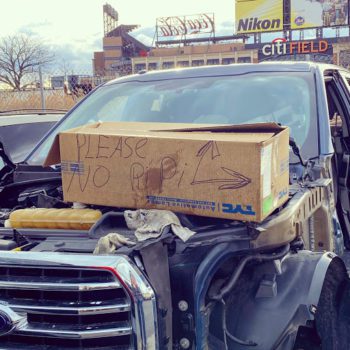 For over a decade, starting under Mayor Bloomberg, much-contested and renegotiated plans have been in the works to redevelop the Iron Triangle. At various points, they have included a mall, a hotel, parking lots, a school, affordable housing, and parks. In the process, under the threat of eminent domain, many businesses have already been razed, evicted, or relocated, and streets have been closed. Remaining businesses have lost customers. A final plan was approved by the De Blasio administration in 2018—but then came the pandemic. For the moment, the fate of the Iron Triangle hangs in abeyance. 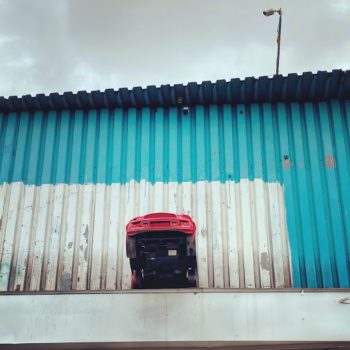 In the meantime, the community is making the best of what they’ve got. This is a place where everyone has a role, from the scrap-metal dealer to the empanada vendor to the flat fixer. And those roles are interdependent: if the businesses are relocated, the Iron Triangle loses its cohesive strength. 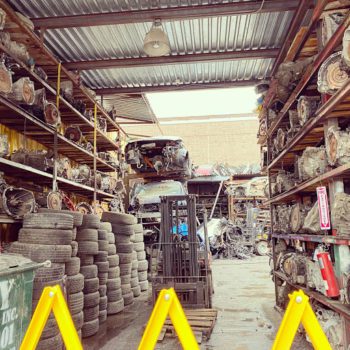 But in this limbo year, people still turn left off the exit ramp, away from Citi Field’s Porsche Grille gastropub and toward the stacks of Porsche grilles, hoping one will be a match. Though the stadium is silent, here the sounds of cameraderie, and of people making a living with their hands, ring out in the winter air. 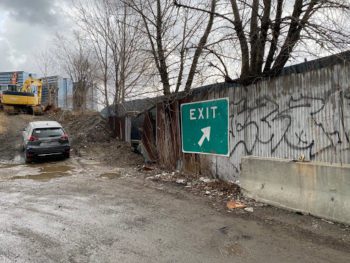 The Iron Triangle is located on the wedge of land where Flushing Creek and Flushing Bay meet, between Willets Point Boulevard, Seaver Way, and Northern Boulevard. 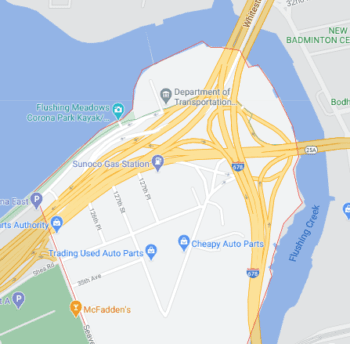