Though we’ve brought along a GPS as well as a map of Brooklyn, we are told the best way to find the pan yards is to roll down the car windows and listen. The moon is full, and the breezes in East Flatbush feel almost Caribbean. 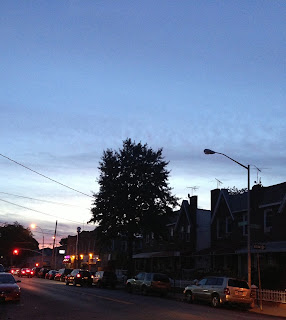 Finally, as we cross Beverly Road, we hear some clangs that seem to issue from a parking lot next to a tire shop. We U-turn, jostling with a throng of cars spilling out men in dark suits with bibles tucked under their arms. Could this be tonight’s audience for the Crossfire Orchestra pan yard? It seems unlikely. But we don’t wonder for long. Suddenly, a voice booms through the car windows: “I am asking you to graduate to a deeper experience with the Lord!” 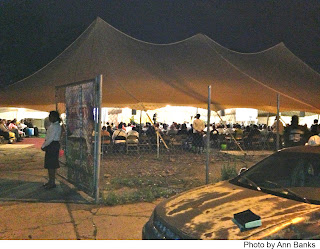 Across the street, in another vacant lot, is a vast tent filled with folding chairs, flat-screens, and jumbo speakers: a Pentecostal tent revival is just getting into full swing. Uh-oh, I think: tough competition. We follow a stray cat through a gap in a graffiti-covered fence into the pan yard. 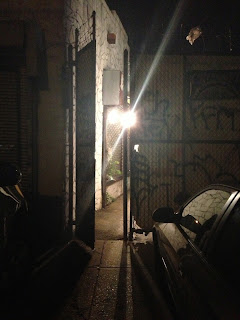 A group of mostly teenage girls in jeans and Converses are warming up their steel drums for a night of practice under tents of their own: metal shelters strung with Christmas lights and Carib beer flags. In one corner of the lot is a Porta-Potty; in another is a makeshift bar, though the scene is hardly intemperate. In contrast to the cries of salvation across the street, the mood here is one of relaxed concentration. 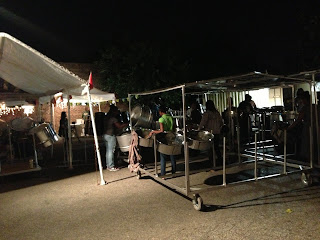 This is ironic, because the event Crossfire is preparing for is the annual Labor Day West Indian American Day Carnival, a pre-Lenten bacchanalia, pageant, and parade that begins before dawn and moves down Eastern Parkway to the pulse of steel-pan music. Each summer the streets of Brooklyn, and particularly of Flatbush and Crown Heights, are filled with the music of bands practicing to compete in the Steel Band Panorama Competition, an essential part of the carnival and the largest of its kind outside of Trinidad (where steel-pan music originates). The bands have no sheet music; the eight-minute arrangements of calypso music are learned by rote. Stakes are high: the winning band takes home about twenty thousand dollars, and the bands’ arrangers are traded like coaches in professional sports. The names of local steel-pan impresarios are as jingly as their instruments: Figgy, Popo, Melody, Bumpy, Zebra. The pans, cut and hammered from steel oil drums, are arranged on tented rolling racks, so they can follow the parade. 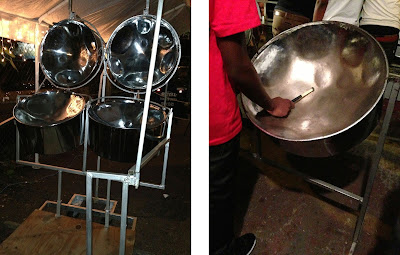 Tonight, the band’s arranger sits at the center, sipping a Slurpee, his dreadlocks swaying to the beat. “All right, everyone, together and in unison!” he calls. The muscles of the band members’ arms gleam in the floodlights as they raise their mallets. Across the street, the congregants raise their bibles at the urging of their pastor. Crossfire’s name now seems apt, as does the term “tent outreach.” 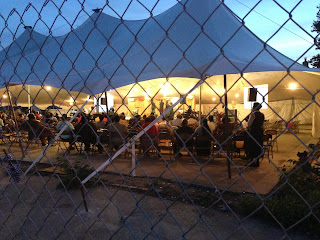 But then the voice of the pastor roars: “Let us keep the Sabbath from pollution!” The words are projected on one of the flat-screens beneath the tent. The Crossfire girls tighten their ponytails: “Everybody start on time and together!” Their tings and bangs resume. “The world behind me, the Cross before me!” reverberates from across Utica Avenue. Crossfire’s section leader conks out cues on a cowbell. The steel drum-tent jiggles beneath the hammering of drumsticks. The white nylon tent across the street swells in the breeze of waving bibles and raised voices. Amid the cacophony, Crossfire sets its sights on harmony, unity, and the prize, and Gospel Tabernacle Church does the same. 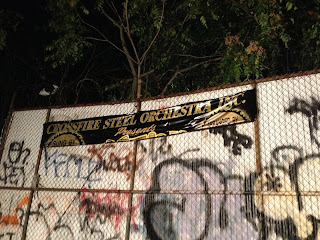 A family wanders in with twin toddlers in tow, both clutching action figures. They settle into folding chairs at the edge of the pan yard, sleepy boys on laps, and listen. 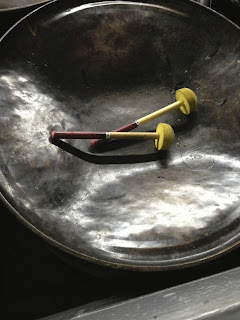