It’s almost midnight in Times Square, and on the pedestrian island where Broadway meets Seventh Avenue, young men and women are handing out complimentary 3-D glasses. From 11:57 p.m. until 12:00 a.m., they explain to anyone who will listen, a movie called Midnight Moment will take over electronic billboards with a montage of silent images. For those three minutes, Times Square’s street-level pedestrian chaos dampens as begoggled viewers revolve, mesmerized by the screens above. 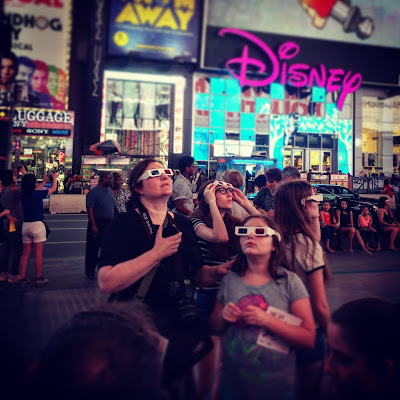 Few—if any—notice that about six feet under the soles of their Nikes, beneath the bars of an innocuous subway grate, is a sound installation that’s been part of the Times Square soundscape almost continuously, twenty-four hours a day, since 1977 (with a break between 1992 and 2002). Though the tourists look up, the momentary hush gives the subterranean sounds an unwitting audience—should anyone choose to tune in. 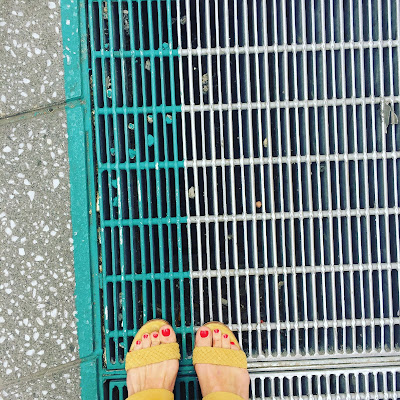 Embedded in the traffic island is a sidewalk grate, part of the ventilation system for the subway lines that crisscross beneath Times Square. As you pass over the grate, you hear a humming, like the ringing of church bells, that morphs slowly into an undulating drone and then into the warble of a finger traced along the rim of a wineglass. As you walk north toward the TKTS booth, the sound gets louder. Times Square directs our attention up toward the lights, not down into the darkness, and so the sound is unnoticed by the thousands of visitors who walk over it each day. 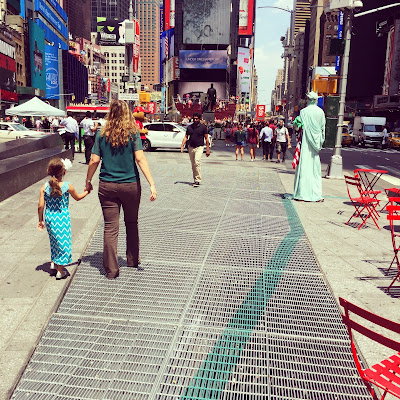 As it turns out, this subtlety is intentional: the installation, by American musician Max Neuhaus and managed by Dia Art Foundation, was intended to be encountered by accident. According to a 2006 New York Times article, Neuhaus was inspired to create the piece, titled Times Square, as he was passing across this particular island one day. In the article, Neuhaus explains, “The whole idea is that people discover it for themselves. They can’t explain it. They take possession of it as their own discovery.” When you first hear the sound, it feels like Times Square is whispering a secret in your ear, a seeming impossibility in a place that opens its arms to the world. 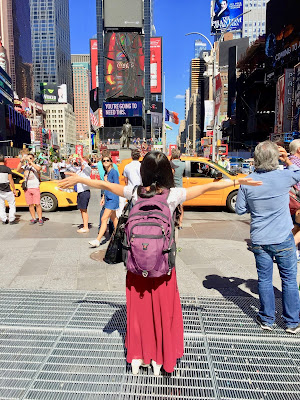 The unique resonance of each of the area’s subway tunnels creates the installation’s varied tones, which are amplified by sonic equipment and loudspeakers: none of the sounds, however, are composed; the installation excavates an urban heartbeat that would otherwise remain unheard. Combined with the mantra-like reverberations, the stillness of pebbles and gum trapped in the grate and the detritus that has sifted through the shaft provide a stark contrast to the chaos overhead. 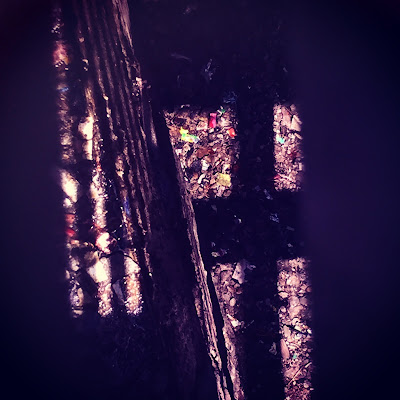 In fact, the island is a designated “pedestrian flow zone” marked by signs with arrows, urging passersby not to stop but to “keep moving.” 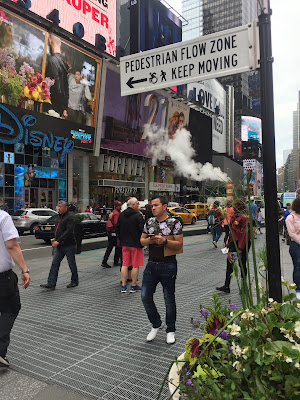 In addition, the island has been painted with green lines demarcating a “designated activity zone,” meant to corral the Lady Liberties and desnudas to a restricted area adjacent to the grate. 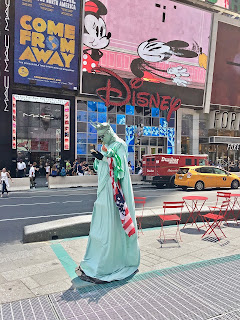 Just as hardly anyone notices the sound, no one will look twice if you kneel down and press your ear to the metal grate. Tourists swarm around you, a street performer bangs on plastic buckets, cars honk, taxis swerve, fire trucks blare, a toddler throws a tantrum, tour buses sigh, a hawker cries, “Gold! Diamonds! Jewelry!” You, however, have discovered a hidden portal to a secluded valley where church bells and the chanting of monks reverberate against snow-capped peaks. 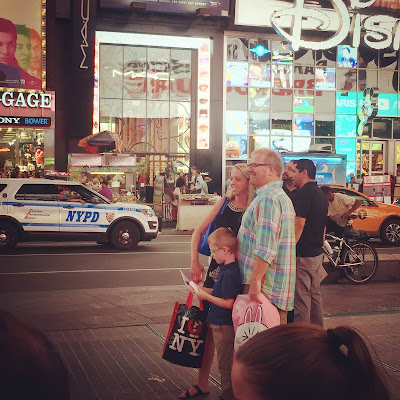 For forty years Neuhaus’s unearthed sounds have been folding themselves into the experience of Times Square. When visitors look back at the photo capturing their moment at this center of the world, will they have a memory of the secret issuing from the grate beneath their feet? Pay attention. Connect. There’s more here than meets the eye.