I first discovered ASMR one evening as I was standing in my then boyfriend’s kitchen, idly rolling a grapefruit across his marble countertop. It made a thuddy, rubbery swishing sound. “Do you hear that?” I asked. He listened, then replied judiciously (wistfully?): “Hm. I just don’t hear it the way you do.” Though we eventually got married, we still don’t always hear things the same way. 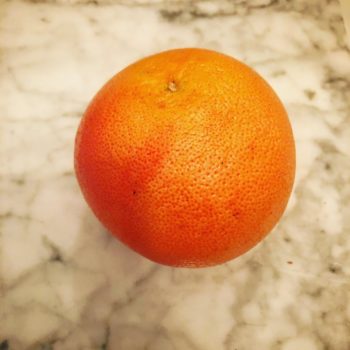 It turns out there are others who appreciate life’s small, satisfying sounds. What I experienced is called an autonomous sensory meridian response (ASMR): the relaxing, sometimes scalp-tingling feeling some people have in response to a series of repeated sensations, usually auditory, tactile, or visual, such as the crinkling of a wrapped Band-Aid, a makeup brush against one’s cheek, or a knife slicing through a just-decanted cylinder of cranberry jelly. Though arguably ASMR has existed for millennia (a crackling wood fire is a common trigger), about ten years ago it became an internet phenomenon. And on a recent night, it was what led me to a Bushwick church basement to attend Waves, an ASMR-stimulating sound bath. 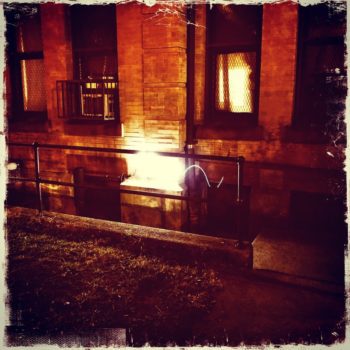 After descending stairs beneath a neon sine wave and whispering a password through a peephole, I entered a basement room outfitted with a desk, a lamp, and a seashell. 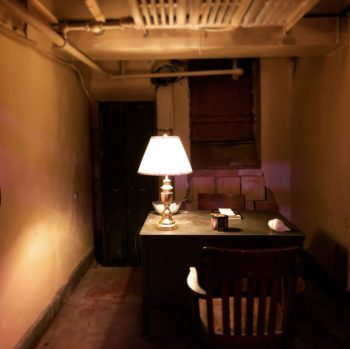 Each participant was given a pair of latex gloves and a handful of glass beads. Another door opened, and we were led into a vintage gymnasium. Yoga mats with pillows were arrayed like wheel spokes around a hub of instruments. An electronic drone bounced off the shadowy basketball hoops and chiaroscuro walls. The lights dimmed to near black. 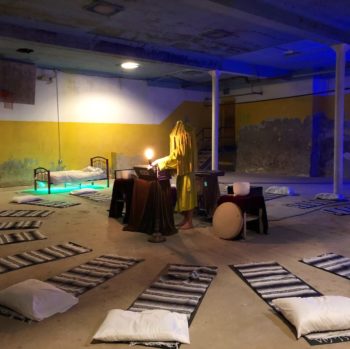 Two figures in conical hats draped with fabric strips shuffled into the room, the cottony flapping of their robes providing the first taste of ASMR. I heard a faint crackling and soon smelled the waftings of campfire smoke as the figures circled the room with sticks of palo santo incense. The tinkling of tiny, fingery bells encircled us in lacy acoustics and cleansed the air. 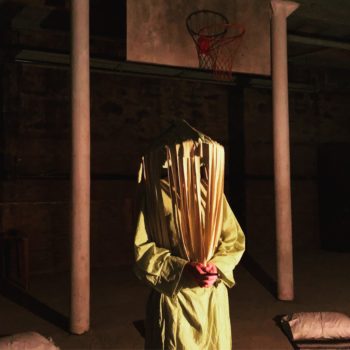 “I wanted to offer New York City a mysterious and theatrical sound bath with music and costumes,” Andrew Hoepfner, one of the robed figures, later told me. Hoepfner is the creator of Waves and co-creator of the live ASMR experience known as Whisperlodge. He told me that Waves was inspired by sound baths he’d attended that incorporated “the full smorgasbord of trappings,” from disco balls to animal statuary. With Waves, he wanted instead to “shine the spotlight on little details we all like, whether or not you get tingles.” Both he and his assistant–tonight a man named Will–remain incognito throughout the experience. 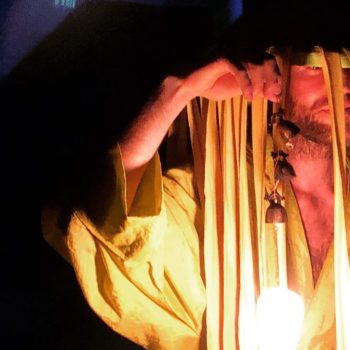 With my eyes closed and reclined on my mat, I heard the hollow glugs of water being sloshed around in glass jars with tin lids. Andrew poured the water back and forth between jars, producing a simultaneous rise and descent in pitch as one jar filled and the other emptied. 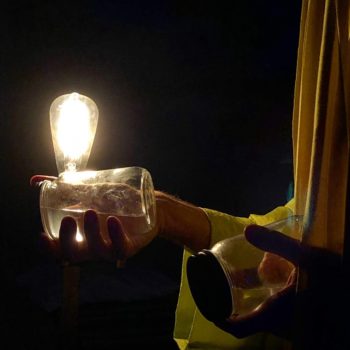 They next ran their fingers along the teeth of two plastic combs, sometimes tantalizingly slowly, releasing each tine before clicking onto the next, and sometimes fast, creating a tinkling, zippery ripping, holding the combs next to each participant’s ear. I couldn’t help smiling, though I didn’t quite get the tingles. Punctuating the ASMR noises was the plangent, elephantine squeeze of a harmonium. 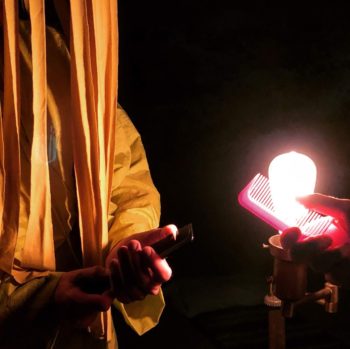 Andrew ran a stick over the back of a wooden frog with a ridged spine, creating a nutty, knuckly sound. 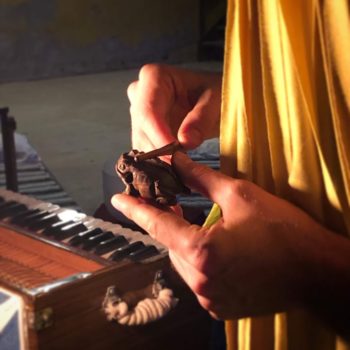 A Tibetan singing bowl keened and hummed, like a finger run over the rim of a wineglass. 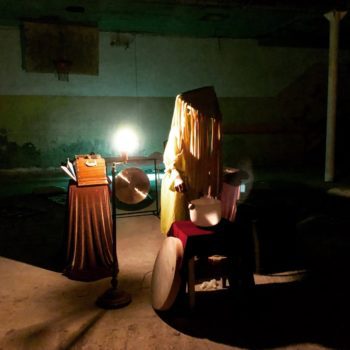 Andrew then asked us to slip on our latex gloves and rub our fingers together to “make noise for the room,” then to bring our fingertips next to our ears and “softly, secretly, make some sounds just for you.” The powdery whisper felt intimate and alive, like the static between tracks on an LP. When we cupped the glass beads in our gloved hands, they washed against one another with watery clicks. Then Andrew and Will swept around the room, crumpling sheets of tissue paper with a crashing roar, then bending rolls of thicker paper back and forth, which sounded like a flag whipping in the wind. Held next to my ear, the tissue had the effervescence of lather foaming on one’s ears during a shampoo. Then came the springy pings of a thumb piano. 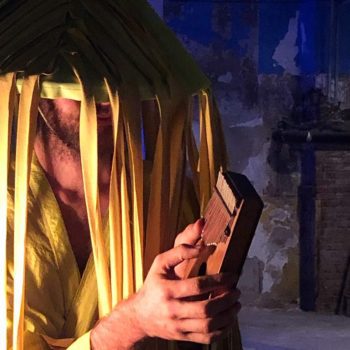 After a wafting of sage incense, Andrew played the ocean drum, which is filled with metal beads that sweep against stretched fabric like wind blowing sheets of rain across an expanse of water. Andrew flashed about the room, casting his shadow across the pressed-tin ceiling. 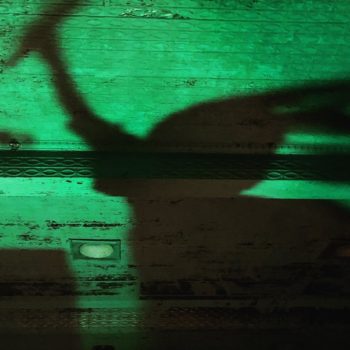 I realized that noises that might otherwise have annoyed me had now become part of the ASMR landscape: the rustling of a parka, joints cracking, a zipper, snoring (!), and even the meteoric growling of a rumbling stomach. My most recent Waves sound bath happened to take place on Election Day; Andrew had forgotten that the church is used as a polling site. On that night, the sounds of the show were punctuated by heavy footsteps and the scraping of table legs in the room above us. It occurred to me that this might be a litmus test for ASMR: from the pings of a hair comb to democracy in action.

For tickets to the next Waves sound bath at Gymnopedie, Hoepfner’s arts and performance space in Bushwick, click here. The photos above were taken after the sound bath; no photography is permitted during the experience.