It could take hours to find—or minutes, if you happen upon the right sequence of paths in the labyrinthine Ramble of Central Park 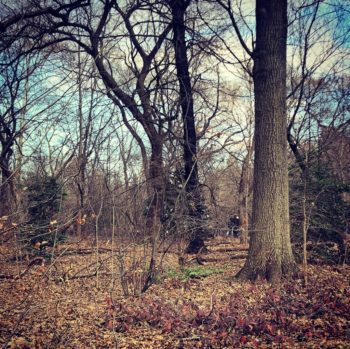 At first it’s just a flutter in the corner of your eye, a pattern to the light. Then it emerges from behind a tangle of bare branches: an ordinary evergreen tree, not too different from the two trees flanking it, except that on Sunday in mid-December, it seems to be receiving an unusual number of visitors. 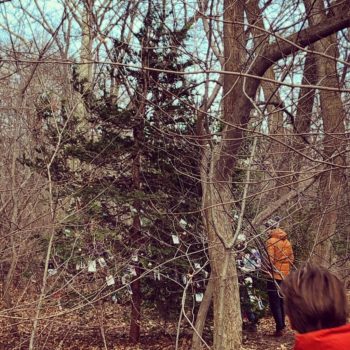 Get closer still, and you’ll see why. The tree is bedecked in dozens of Christmas ornaments. Upon closer inspection, you’ll notice that most of the ornaments are homemade and are dedicated to pets who have died. Photos of each animal have been laminated and strung with ribbon or encased in Ziploc bags to protect them from the weather. 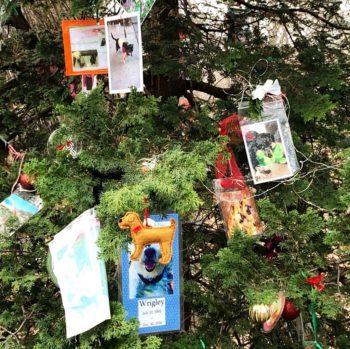 There are dog treats for good behavior in heaven, 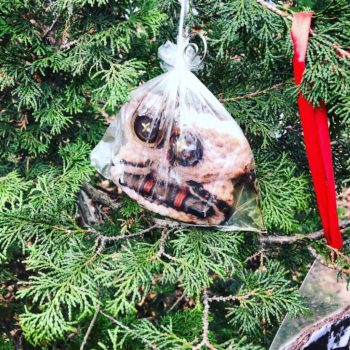 a beribboned collar as a reminder of favorite city walks, 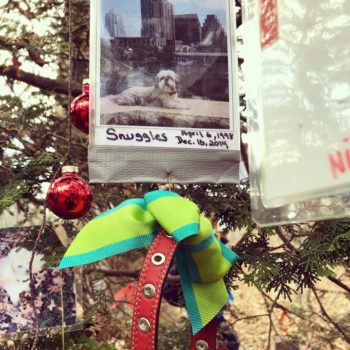 or a bit of honey for the afterlife. 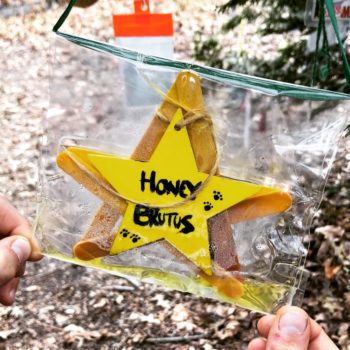 There are curious talismans, including one made of hair, glitter, and ribbon—with a checkered taxicab theme. 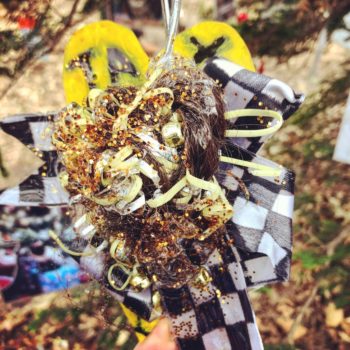 There are no backyard chickens or urban sheep. Ming the tiger, who was raised in an apartment in a Harlem housing project and died this autumn, has not yet been commemorated. Most of the pets are cats or dogs, but there are a few outliers: a bunny named Winnie, 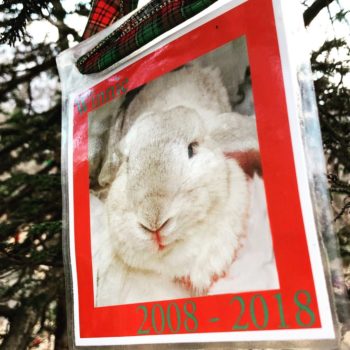 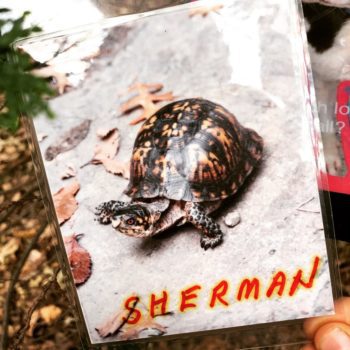 and a budgie named Buddha. 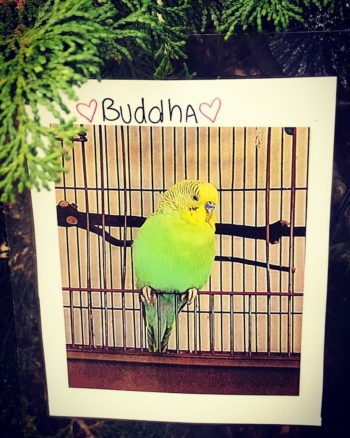 Some of the ornaments are simply a photo and a Sharpied name. But others have odes to the lives of pets in the heart of a big city. 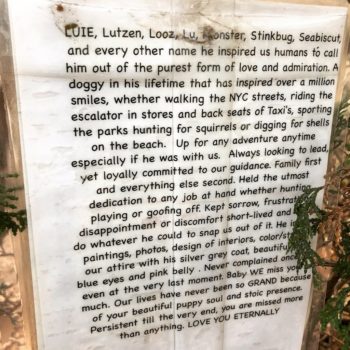 I had brought with me an ornament—laminated for free by a sympathetic Print Services worker at Staples—memorializing our family’s two goldfish, Ralph and Frank. They turned out to be the only fish on the tree. 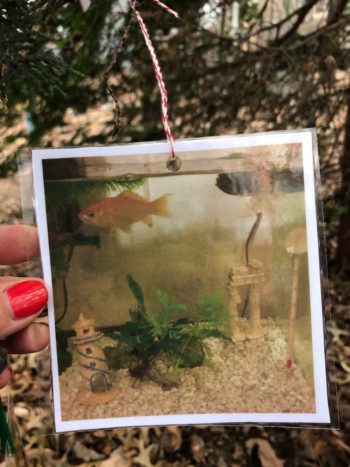 As I walked away, I heard the plastic ornaments rattling against one another in the breeze. In this secluded grove in one of the few wild places left in Manhattan, these homemade offerings provide an intimate glimpse into the lives, apartments, and hearts of New Yorkers and of the creatures who offer them unconditional love and predictability in an unpredictable city.

The location of the pet memorial tree is kept a secret by its keepers, but if you are lucky you may stumble upon it during a stroll through the Ramble.