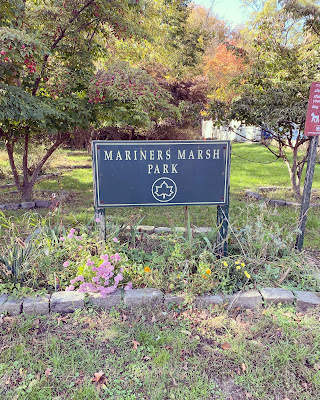 Just a few days after Halloween, I headed to Mariners Marsh Park, in the northwest corner of Staten Island, for a solo autumn leaf-peeping hike. I soon found myself in one of the eeriest and most beautiful places I’ve encountered in the five boroughs. The park comprises 107 acres of pin oak forest, ten ponds, and wetlands. But hidden among the trees and marsh grasses are ghostly remains of the factories once located on this land (and, according to the New York City Parks website, Lenape Indian artifacts). I couldn’t help feeling like I was trespassing as I squeezed through a gate rigged to admit only the most determined of explorers. 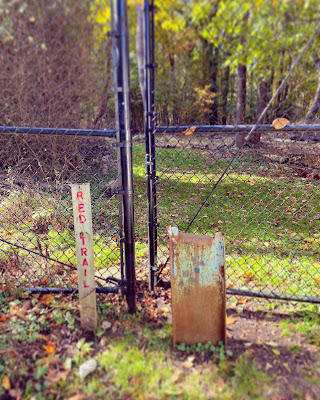 The park has been closed to the public since 2006 for an environmental investigation. In the 1900s, the land was home to an ironworks and, later, a shipbuilding foundry. The ponds that now reflect the autumn sky were man-made and were used by both industries. Beneath their serene surfaces lurk hazardous chemical residues; a few backhoes and piles of sandbags on their shores indicated that the area is being remediated. But on the day I visited, the machinery was silent. Rusted rain tracks appeared from the underbrush, leading into a tangle of vines. 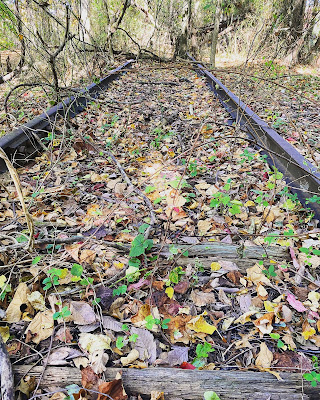 As I walked alongside the rails, I heard a ghostly whistle and clanging in the distance. Peering through a chain-link fence, I saw a modern freight train lurching past, spattered with graffiti spelling out “DO IT.” The freight line of the Staten Island Railway skirts the southern end of the park, but this train seemed to be slicing through the wilderness. 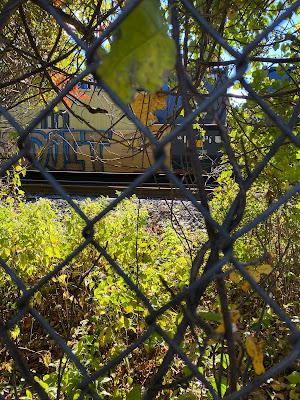 In spots, the disused trail dissolved into a tunnel of vines; I had to duck to move forward, and despite the whine of the train, I felt impossibly far from humanity. If something happened to me, who would know? 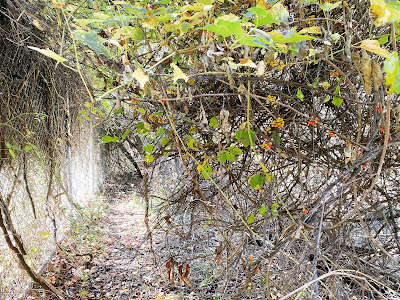 There were signs of past visitors, however: rusted beer cans and even discarded clothing, seemingly belonging to a child. 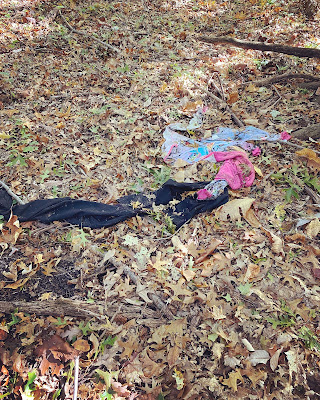 Though there are official trails, the signs are sparse and faded. I trusted my innate sense of direction (Google Maps was not much help), following vague turns, until I stumbled upon concrete mounds rising out of the leaf litter like the remains of a fortress from an ancient civilization. 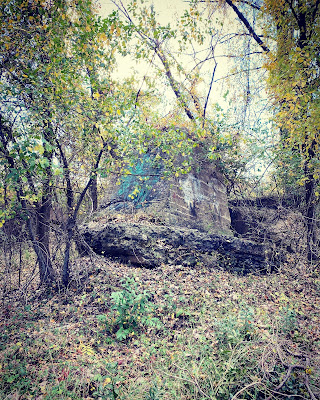 One section of wall had windows looking out on the underbrush. 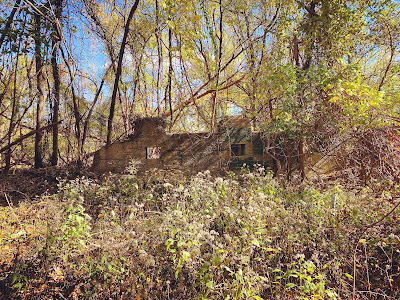 A section of brick wall lay atop the fallen leaves as if dropped from above. 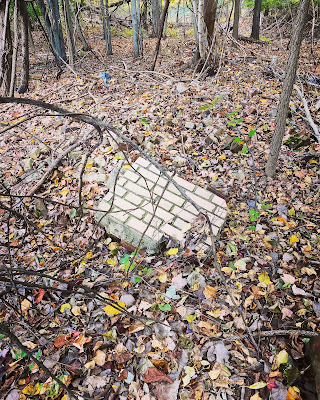 I bushwhacked through tall grasses, mud squelching underfoot, trying to recover the trail. After ten minutes of guessing which turns to take, Monument Pond appeared through the rushes, a serene pool reflecting the sky and treetops. 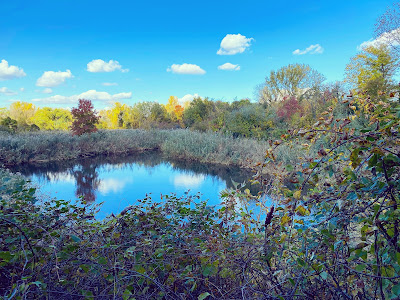 On the shore were more ruins. 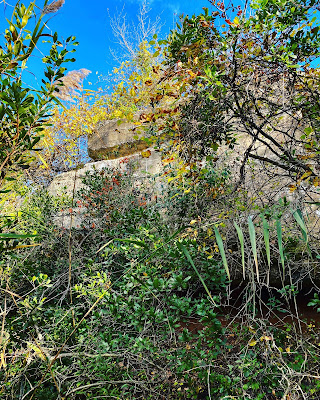 Suddenly, I spotted a slice of vivid pink through the trees. As I got closer, I saw it was a bird-spotting blind, the viewing holes transformed into the vacant eyes of a painted crocodile, like a carnival photo prop. The blind was in a clearing with picnic tables. Birdhouses swung from the trees. No one was in sight. 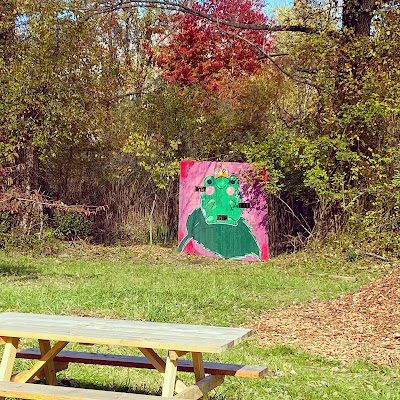 A four-pointed buck leaped out of the woods, stared at me, and disappeared, too fast for me to take a photo. Was it a ghost? Against the autumn sky, the phragmite stalks waved in the wind. 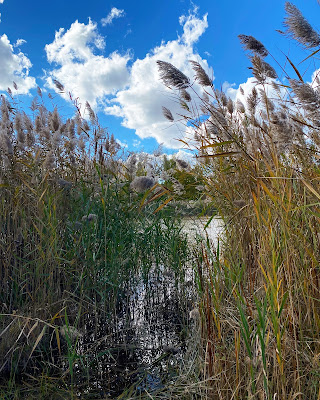