SIGHT: Harding Park: tiny houses, roosters, and a salt marsh in the Bronx

Though New York City’s celebrated beachside communities have their share of relics—Coney Island’s roller coaster ghosts, Far Rockaway’s bungalows, City Island’s retro seafood joints—few people know about one of the city’s strangest waterfront communities: Harding Park. The twenty-acre neighborhood is at the southwestern edge of Clason Point, in the Soundview section of the Bronx, where the Bronx River joins the East River. Stretching toward the water, some streets are so tiny, they don’t even have names. 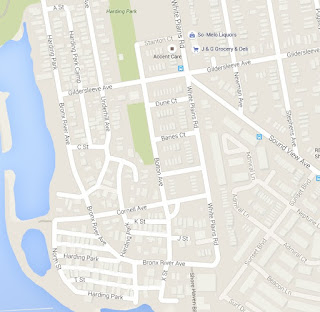 From the surrounding neighborhood of high-rises and strip malls, the entrance to Harding Park’s world of country lanes and picket fences is nothing if not abrupt. 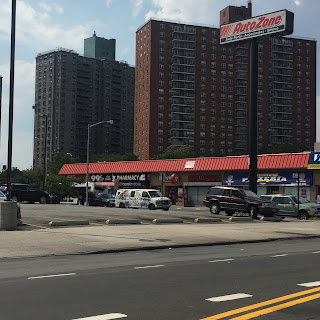 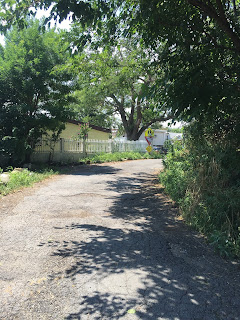 You turn a corner and find yourself in a time-warp of minuscule houses, crowing roosters in a waterfront garden, a surprise salt marsh at the end of a dead-end street, vintage cars, roadside shrines to the Virgin Mary, low-flying airplanes, and panoramic views of the Manhattan skyline.
Many of the 250 or so bungalows are tidily kept and brightly painted, with porches and yards ornamented by statuary, whirligigs, or flags. 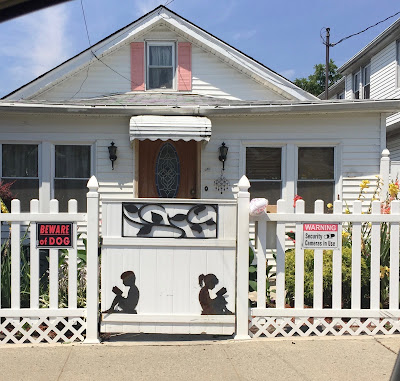 Others, however, clearly succumbed to Hurricane Sandy, though are evidently inhabited. 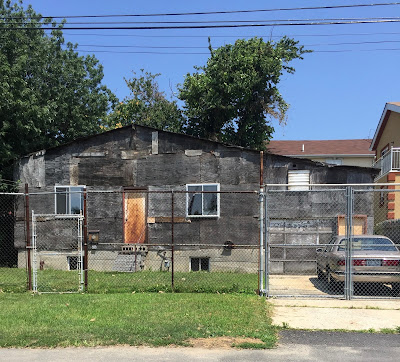 In the early twentieth century, the neighborhood’s waterfront locale attracted an amusement park, dance halls, and resorts; a ferry shuttled visitors across the river from College Point, Queens. In the 1920s, the first bungalows were built and the neighborhood was named after the current president, Warren Harding. The housing shortage that followed World War II led many tenants to transform the bungalows into permanent residences. 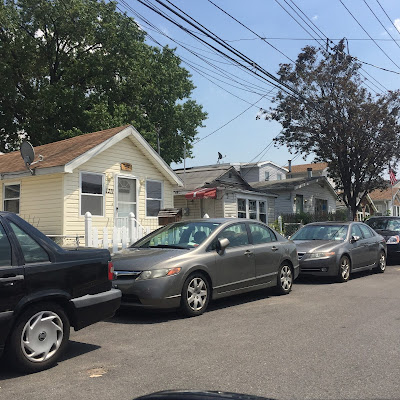 Harding Park is unofficially known as “Little Puerto Rico,” and indeed the tiny houses and gardens and fruit trees are reminiscent of the Puerto Rican casitas used as community gathering places throughout the Bronx. 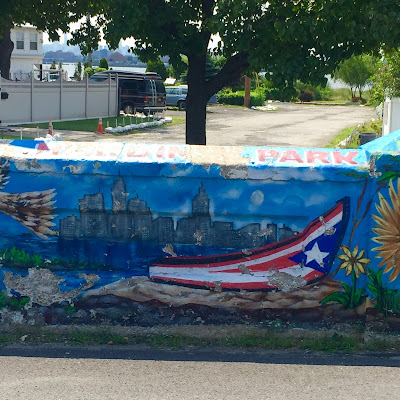 Among the many unusual features of the neighborhood is the salt marsh in Soundview Park, which appears like an unexpected desert where Thieriot Avenue dead-ends. By contrast, just a mile north, the other end of Thieriot abuts the Bruckner Expressway. 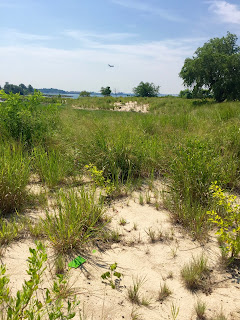 About once a minute, an airplane from LaGuardia Airport drones so low overhead you can almost see passengers in the windows. Sailboats glide past on the East River. Shorebirds hop about in the marsh grasses. 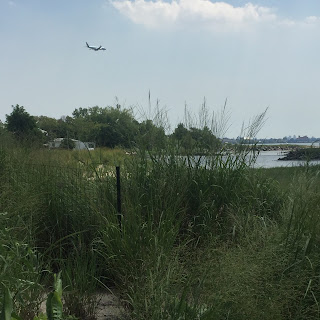 Many of the bungalows fly American flags. 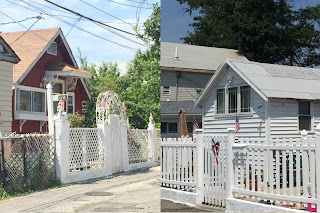 Other houses seem to cower behind fences or shrubbery. 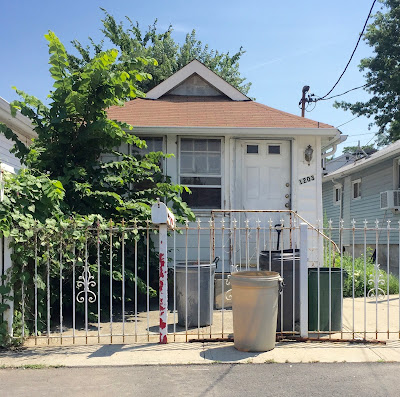 Some feature welcoming, if diminutive, porches. 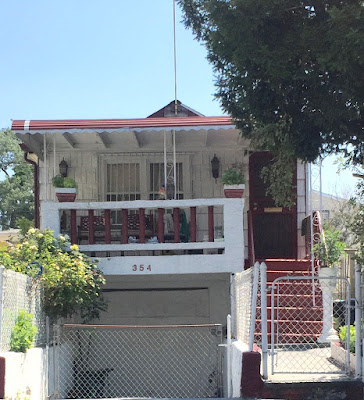 Several of the bungalows appear to be fused together into a sprawling mega-bungalow, like a child’s LEGO project. 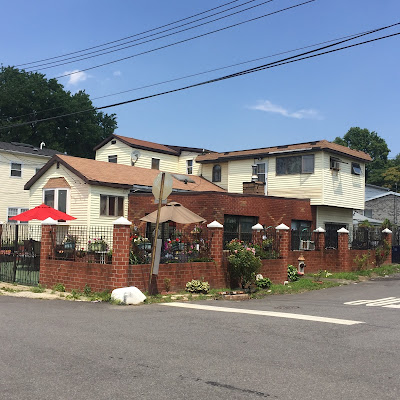 Tiny houses have even been built to receive mail. 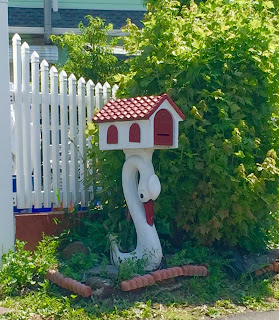 And this tiny mailbox boasts one of the best of the neighborhood’s sprawling views of the Manhattan skyline. 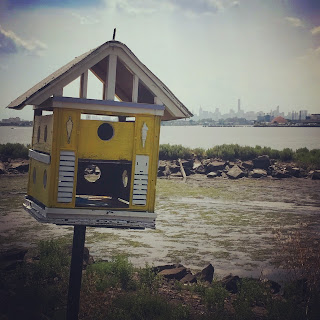 In the pulse of a summer day amid asphalt and skyscrapers, a visit to Harding Park provides a dreamlike urban adventure, from low-hanging peaches 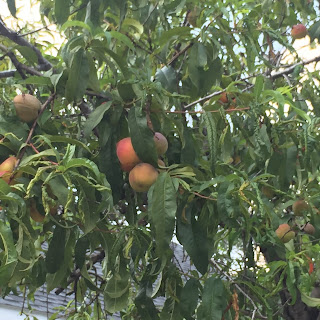 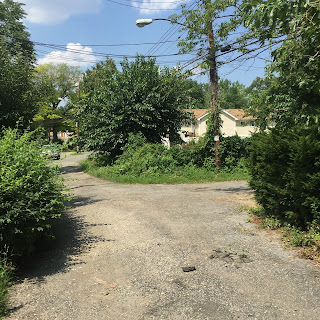 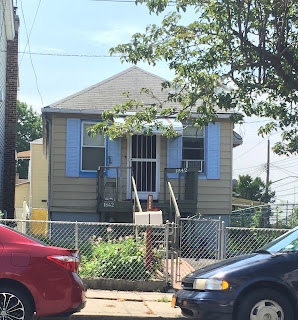 and staggering views of the city we have left behind, 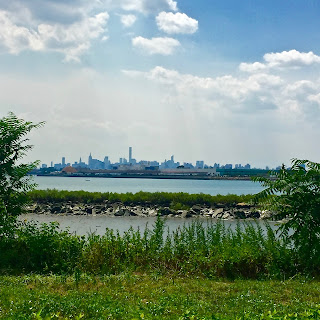 reminding us that once we think we have reached the end of our urban exploring, there are still more roads to follow. 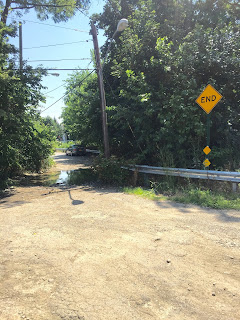