Just a few steps off Mercer Street in NoHo, there is vast, darkened loft spangled with stars. Arrayed among the Corinthian pillars are tubular pods, each about the size of a Smart car, with a neatly made bed inside and a moonlike lamp suspended above it. The air smells faintly of lavender. It’s silent but for the whir of a white-noise machine and the occasional rumble of the BDFM subway beneath the floor. 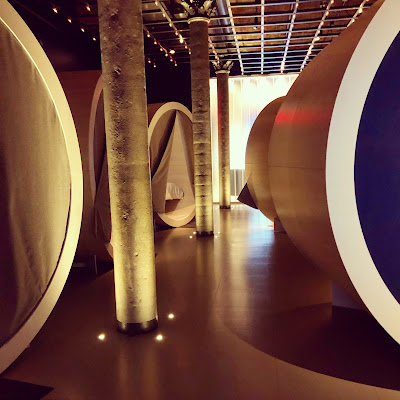 This is the Dreamery by Casper, where prospective Casper mattress purchasers can try out their beds in real time. Setting aside the corporate gimmickry, and the twenty-five-dollar fee for a forty-five-minute nap, it’s a magical place to escape from the city. 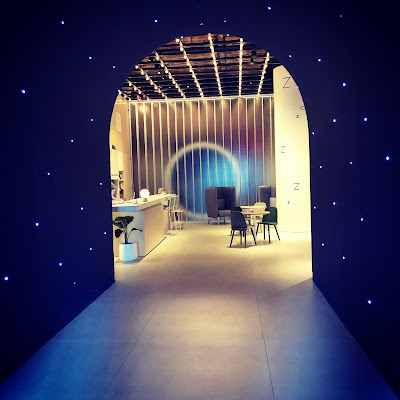 You enter through a starry tunnel, where nap concierges in pajama tops greet you: “Have you napped with us before?” There are seating areas, bowls of nuts and saltwater taffy, a cooler of La Croix and Chameleon Cold Brew, and a shelf of boring books if you need performance enhancement. More-provocative books, like The Anatomy of Sheds and The Rise of David Bowie, are on unreachable shelves above the check-in desk. 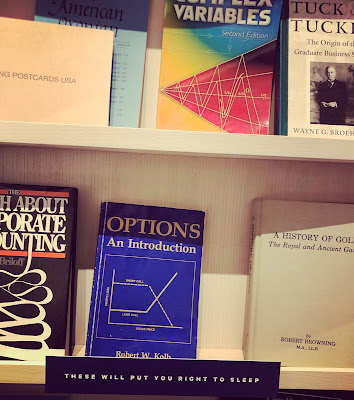 The changing area is, admittedly, distracting. On the day I visited, “Put Your Hands Up” pumping through the speakers had me reaching for the array of complimentary amenities, including stylish earplugs (who knew there was such a thing?), Hello charcoal-bristle toothbrushes and toothpaste, Sunday Riley serums and cleansers for pre- and post-nap, and extra pillows and towels. There are lockers and curtained rooms with sinks where you can slip into your loaner Sleepy Jones constellation-print pajamas and slippers. You could spend half an hour prepping for your nap. 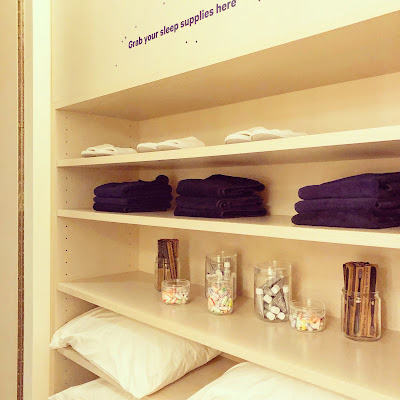 In the entryway to the nap room, a wall sign suggests that after your ablutions, “You are getting very sleepy.”  Then it’s time to head into the nap room through a door with a moon-shaped window. 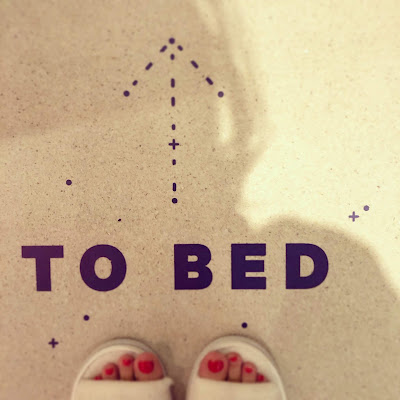 The concierge shows you to your nap pod, called a Nook, where a sign tented on the pillow welcomes you by name. The curtains are drawn; the lights are dimmed. You sense a gentle airflow that keeps the Nook from feeling stuffy. 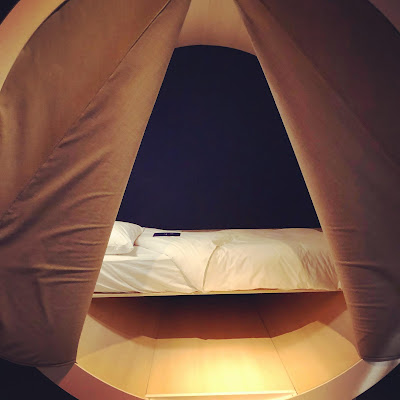 You tuck yourself in beneath a downy comforter on high-thread-count sheets (which are laundered between naps). There is a bedside plug for your phone, free WiFi (of course), and you can download a sleep-inducing meditation from Headspace if you’re having trouble getting into the mood. 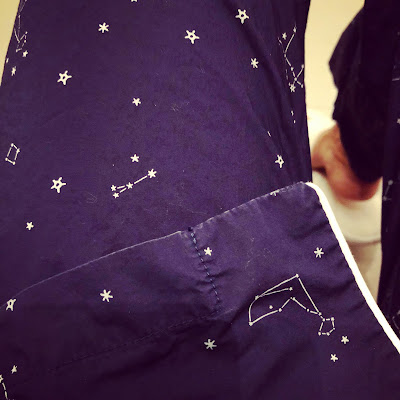 I cuddled up (my mattress was the Casper Wave, though it hardly mattered) and felt constellations away from downtown Manhattan—and from the rest of my daily life. It was hard to believe I was in pajamas, clutching a pillow, and about to fall asleep at 12:30 p.m. on a weekday in a wooden pod in a silent, pillared loft in the city. It was the ultimate decadence. 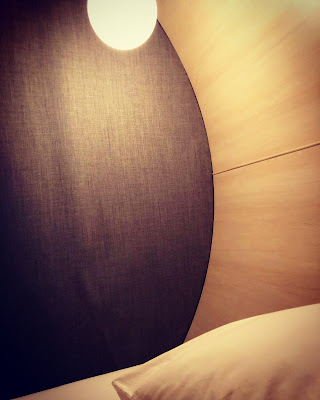 I was the first napper of the day, but when the lights rose to brightness forty-five minutes later, there were several waifish young women gearing up for their own midday naps, and a guy in track pants bounced around the lounge, clutching his pajamas to his chest, grabbing handfuls of almonds. “Is there, like, a Frequent Nappers Club?” he asked. 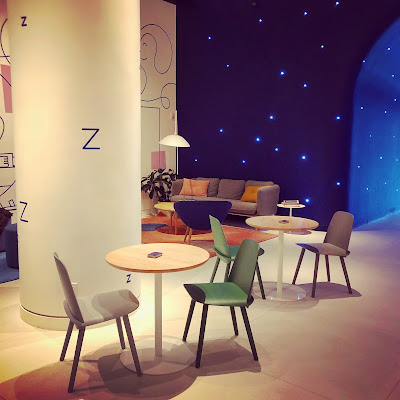