For the new year, I decided to cleanse my city senses by spending an hour in a sensory deprivation tank: basically, a large, soundproof, lightproof closet containing a bathtub in which one thousand pounds of Epsom salts have been dissolved in skin-temperature water. Once immersed, you float weightlessly, escaping from almost all sensory input. There is nothing to process apart from your thoughts, and even those, like your own physicality, dissolve. 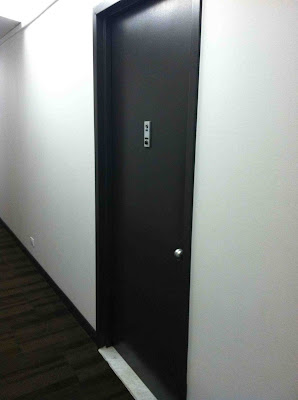 Blue Light Flotation, the oldest flotation center in New York City, is located behind an unmarked door in a residential building in the Flatiron District, and shares its immaculate space with its hale, middle-aged proprietor Sam Zeiger’s living quarters. After debriefing me on the finer points of flotation in his living room, whose shelves are lined with Buddhist self-help books, Sam pulls out a wooden screen to separate my end of the apartment from his. I take a shower with special soaps that won’t taint the water, then tiptoe past his kitchen to the float room. I pull back the door to the tank and, as instructed, lower myself into the water slowly, to reduce water motion. After I’ve reclined, I hit the light switch and am immersed in darkness almost as buoyant as the bathwater. I can’t tell where the surface ends and the space above begins. 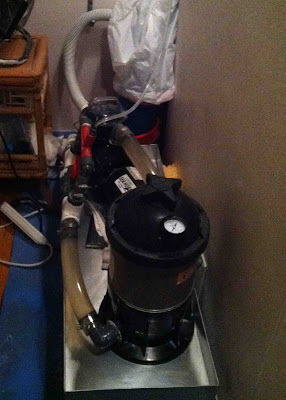 The saltwater, which feels more viscous than regular bathwater, immediately brings all my bodily imperfections to the foreground: my senses actually become more acute. Tiny cuts, scratches, and tight muscles throb and tingle. I can hear a hum in my ears and some sort of grinding (is that my mind?). It takes a while for the waves to subside and for me to trust the water to support the weight of my head. 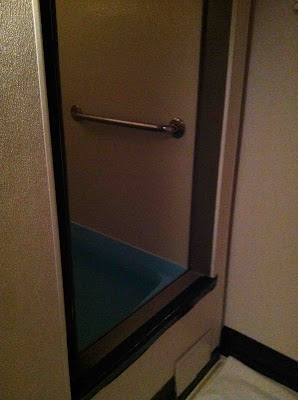 Eventually, though, I relax into stillness. In fact, I hardly move for the duration of the hour. The edges of my body began to melt; after about ten minutes, I feel like I’m lying on a Tempur-Pedic mattress, supported by a depression perfectly conforming to my body’s contours. When I experimentally wiggle a finger under water, I am reassured to find it is still there. It’s so dark I have to blink to figure out if my eyes are closed or open. There is a faint smell of humid chlorine (though I had thought the only antibacterial agent in the water was salt), and I detect a muffled thumping overhead, which I’m able to ignore. There’s no taste (I decide against tasting the saltwater for fear of creating more disruptive waves). After about half an hour (though I’ve lost track of time), I feel like I am levitating, and my thoughts have been lulled. The only time I am aware of my senses is when I swallow. 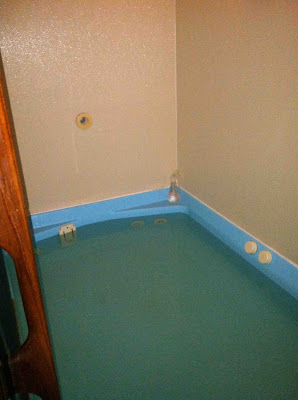 Out on Twenty-third Street, the city itself seems revived: gyro carts, the graceful thrust of the Flatiron Building, my wet hair turning crisp in the cold air, erhu players on the subway platform. I discretely lick my hand, and the salty taste is a wink of acknowledgment: job done.