First, let me make clear that I seldom laugh. Jokes, comedians, movies all fail even to make my lips twitch. So when I heard about laughter yoga, I thought I would put it to the test. That it was taught by a chiropractor in a basement office in Midtown only added to the appeal—and to my skepticism. 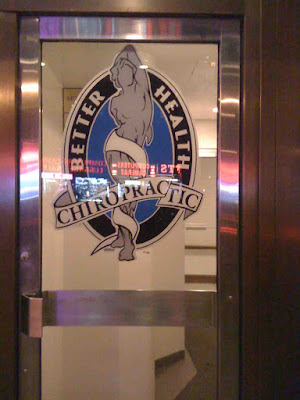 On a Monday evening, I arrived at Better Health Chiropractic, on the tails of two elderly women who were having trouble navigating the door buzzer. This confusion elicited the first laughter of the evening—the kind of nervous, conspiratorial chuckling that mitigates awkward urban encounters. As I waited for the class to begin, surrounded by brochures about back pain, I eavesdropped on my fellow laughter yogis. “So I’ll be laughing at the U.N. at noon tomorrow….” “I’m always happy to meet anyone who laughs.” “Oh, he’s a natural!” “Do you know Laughing Laura? She was on the World Laughter Tour.” There was talk of people named “Vishwa” and “Kitaria.” One man spontaneously stripped down to his LAUGHTER YOGA T-shirt and gave me an encouraging grin.

The chiropractor, a cheerful gray-haired man in a white lab coat, ushered about a dozen of us into a small exercise room. We stood in a circle and introduced ourselves. Most were white professionals in their mid-thirties. There were three rules: (1) make eye contact, (2) go with the flow, and (3) “fake it till you make it.” 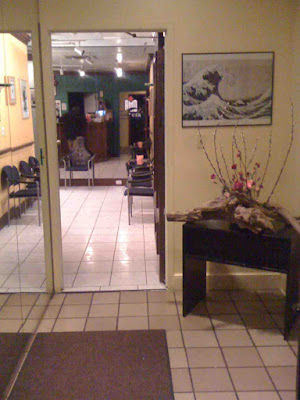 After an introductory speech, the class began. We were set loose in the room to interact with our fellow yogis. The exercises involved building from a giggle to a full-blown laugh, producing a snort-laugh, pretending to laugh and then pretending to suppress it, walking like a penguin, and speaking gibberish. I tried to avoid looking at myself in the mirror. At the end of each exercise we chanted, “Ho ho ho, ha ha ha!” in unison and returned to the circle to receive instructions on the next exercise and information on the health benefits of laughter—which kind of killed any levity the exercises may have kindled.

I definitely felt self-conscious and was happy to be able to resort to the common vocabulary of fake-laughter gestures to ease my path around the room: raised eyebrows, sidelong knowing looks, throwing back the head in a “gale” of laughter, leaning forward conspiratorially, clapping each other on the shoulder, holding one’s stomach or slapping one’s knee, jabbing an elbow. At first it was hard to tell whether my classmates were “faking it” or “making it.” But then I noticed heads turning toward one woman, who was obviously overcome with real laughter: tears streamed down her cheeks, she had to lean against the wall to stay upright, and she couldn’t suppress her giggles even during the statistics. The sight of her was the only thing that brought a genuine smile to my lips.

I was relieved when the class was over. Laughter is indeed a full-body workout. My neck and stomach ached, my cheeks hurt, I felt a quiver in my chest, and my throat was raw. But I didn’t feel the adrenaline rush that comes with exercise or that follows a bout of real laughter. Instead, I felt the exhaustion of insincerity—and relief at being free to shrug on my coat and return to my usual, humorless self.

N.B. A few weeks later, I read a column in the New York Times: A FAKE SMILE CAN BE BAD FOR YOUR HEALTH.