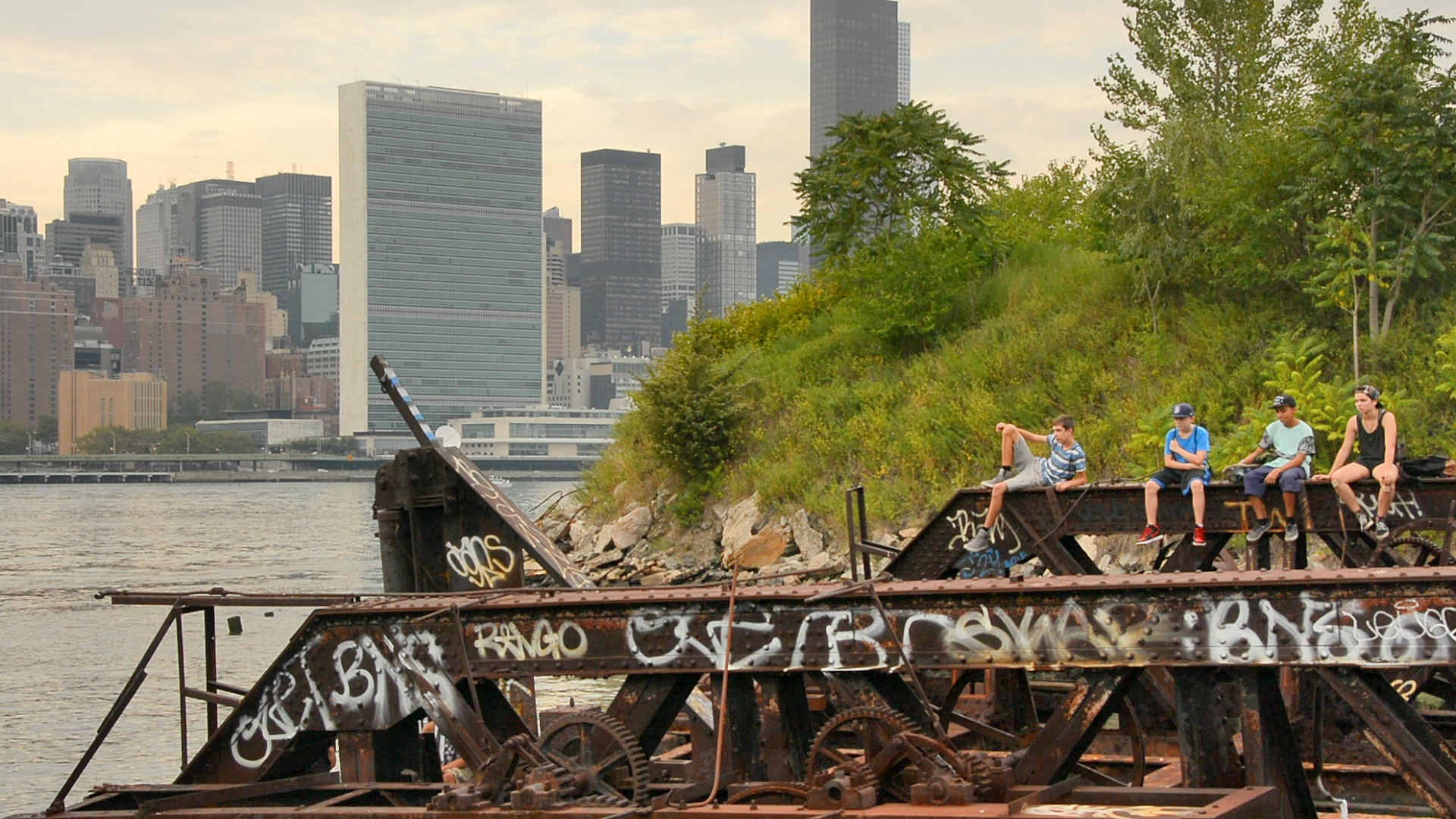 Tickets are free, but reservations are highly recommended. RSVP here.

Join us for our first event in this series: a screening of four short documentary films by

acclaimed filmmakers Nate Dorr and Nathan Kensinger, followed by a discussion and poetry

Nate Dorr and Nathan Kensinger have been collaboratively documenting the waterfront of New York City for the past 16 years.Their ongoing project, Shoreline Change, which began in 2015, is a series of short experimental documentaries investigating the city’s rapidly changing coastline, where frequently flooded neighborhoods are now being demolished to make way for new wetlands and residential towers. Their films and photographs have been exhibited at museums, galleries, and film festivals worldwide, and in 2021 they were selected for Filmmaker Magazine’s annual list of 25 New Faces of Independent Film.

Synopsis: Reclaimed Ground captures the final seasons of a unique post-industrial landscape on the waterfront of New York City’s East River, where 30 acres of landfill had been left abandoned by the city, becoming a wild growing forest and meadow ecosystem. In 2015, this decades-old green space was completely bulldozed by the city, destroying an important coastal habitat. Reclaimed Ground was created in conjunction with Chance Ecologies, an arts project inviting a group of international artists to explore, celebrate and commemorate this space, before its demolition. In 2016, it was exhibited twice at the Queens Museum, as part of A Frame Apart, the film program of the Queens International biennial, and as part of the exhibit Chance Ecologies: Queens.

Synopsis: In the aftermath of Hurricane Sandy, three Staten Island neighborhoods were purchased by the New York State government, to be demolished and returned to nature as part of the city’s first official ‘managed retreat’ from rising sea levels. This film follows the process of retreat over a year and half, as homes are destroyed, streets are abandoned, and wild animals begin to return.

Synopsis: Filmed over the course of 12 years, Urban Growth documents the demolition of a unique neighborhood of Victorian-era homes inside the Brooklyn Navy Yard. Abandoned for forty years, the historic mansions of Admiral’s Row slowly receded into a wild-growing forest, which was replaced by a parking lot, grocery store and office buildings.

Synopsis: A dark voyage into one of the most contaminated bodies of water in the United States. A Superfund cleanup is now underway in Brooklyn, unearthing the toxic ‘black mayonnaise’ at the bottom of the Gowanus Canal. 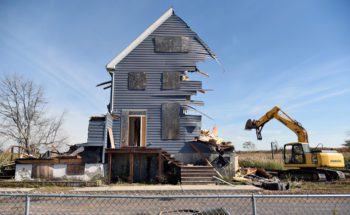 Nate Dorr is an artist and filmmaker whose work moves between ecology, urban design, and memory in complex human and post-human ecosystems. Recent films have appeared at festivals worldwide including Ji.hlava, Antimatter [media art], Cosmic Rays, Alchemy, and Prismatic Ground.

Nathan Kensinger is a photographer, filmmaker, curator and journalist. Since 2003, he has

City’s changing waterfront. His work has been exhibited by the Museum of the City of New

Brad Vogel is a waterfront advocate and poet. He serves as Captain of the Gowanus Dredgers Canoe Club and Supercargo for a sail freight vessel hauling goods by wind on the Hudson River, the schooner Apollonia. Brad is the founder and coordinator of NYC Poets Afloat, an annual poetry residency and reading series aboard ships along NYC’s waterfront. He has devised and curated numerous large-scale on-water events in New York Harbor, including Boat for the Vote! and the Brooklyn Book Festival’s annual Gowanus Dawn Reading. A finalist for the 2020 Erskine J. Poetry Prize, he is the author of the poetry book Broad Meadow Bird: 15 Years of Poetry and his poetry has appeared in Smartish Pace, Fresh Water Review, SIZL, and more. An attorney and non-profit executive, Brad serves on the boards of the Circumnavigators Club and the Walt Whitman Initiative. He previously served as a member of the Gowanus Superfund Community Advisory Group. He lives and gardens in Gowanus, Brooklyn.