Conversation and Performance Demo on the Djembe Drum 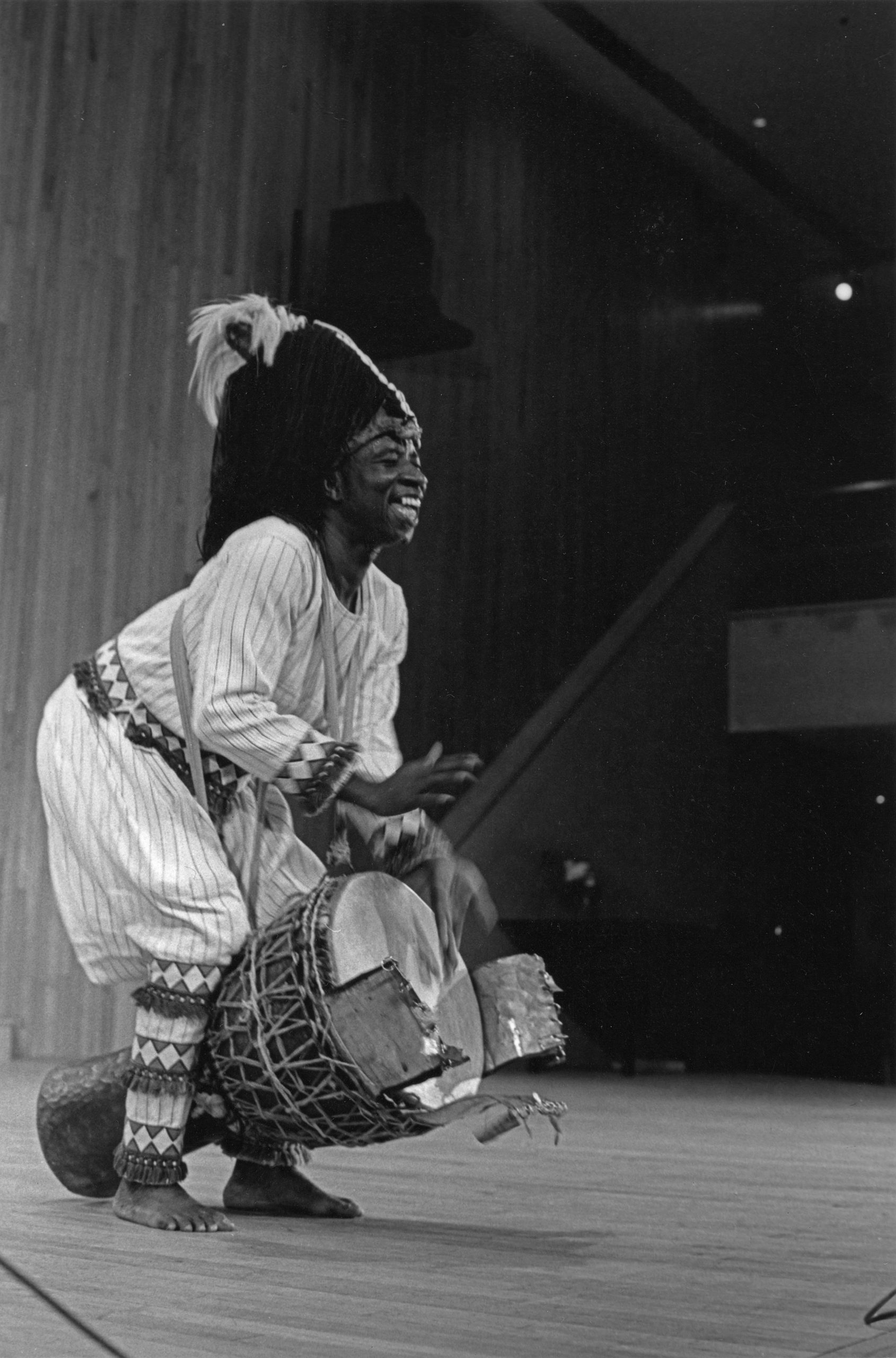 Conversation and Performance Demo on the Djembe Drum

Join us for a special program on Thursday, April 28th at City Lore (56 E. First Street between 1st and 2nd Aves in Manhattan) for a free conversation and performance demonstration about the history of the African Djembe Drum in New York. Sierra Leon poet, drummer, and documentarian Kewulay Kamara, jazz percussionist Chief Baba Neil Clarke, and drummer Kofi Donkor will recount the rise of African drumming and the emergence of the djembe drum in the West African and African American communities of Harlem, Brooklyn, and the Bronx.

Focus will be on the legacy of the late, legendary master drummer Papa Ladji Camara, a central force in the renaissance of West African drumming and dance since he arrived in New York in the late 1950s with the Ballet African de Keita Fodeba of Guiana. Papa Ladji was a mentor to both Kewulay Kamara and Chief Baba Neil Clarke.

The conversation and performance demo will begin at 7:00 pm. Following Kamara and Chief Clarke’s introductions and brief performances, folklorist Tom Van Buren will join the conversation to tell the history of his working together with Kewulay Kamara, and expanding on the history. Folklorist Ray Allen will moderate. The event will include a clip of the legendary Papa Ladji’s drumming, and will be videotaped to add to the archival history of New York’s cultural life. The role of public folklorists and cultural activists in the promotion of community artists will be assessed with regard to questions of community empowerment, cultural appropriation, identity politics, and urban gentrification.

The African Djembe Drum in New York City is the first of a series of conversations between community artists and public folklorists. Our goal is to critically evaluate past efforts and to consider new directions for promoting grassroots creative traditions in our diverse metropolis. Stay tuned for other events on topics such as bomba and plena and the steel drum in New York.

We look forward to seeing you on Thursday, April 28th at 7:00 for the performance demos and discussions.