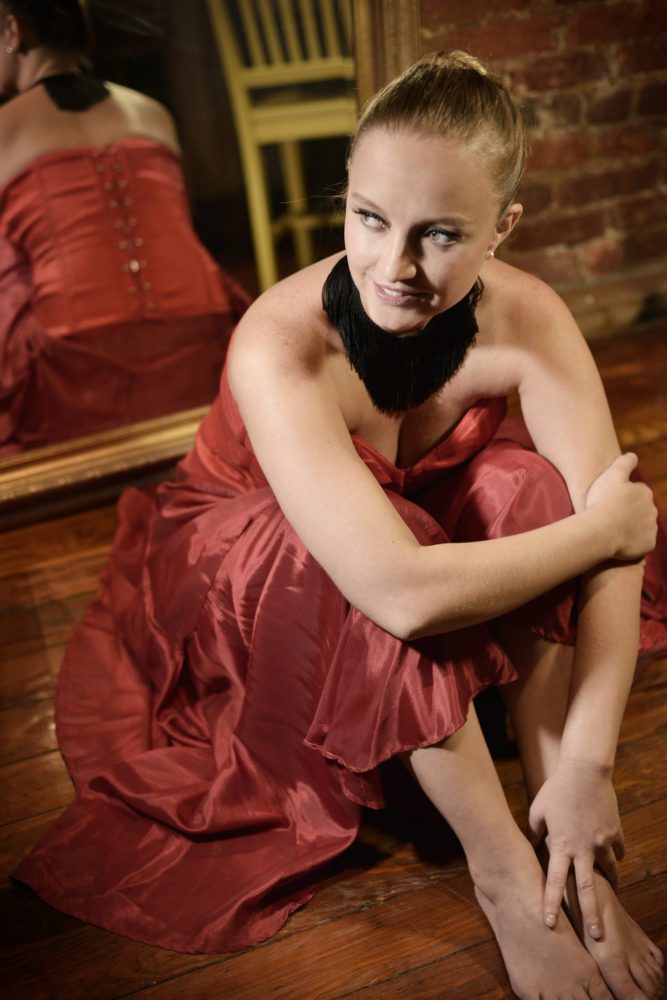 Sofía Tosello’s Lluvia Fue, a collaboration with Latin Grammy winner Fernando Otero, is a journey through classic and contemporary songs from the tango repertory. The album presents Tosello in her full range and variety, with a voice tart and wistful, hopeful and sad, quiet and soaring. Respectful of tradition and innovative in technique, it will thrill her fans while introducing new listeners to a singer known for expressing deep feeling and connecting emotionally with her audience. It is only the latest achievement in the career of an artist who has mastered genres as diverse as jazz, Argentine folklore, Afro-Peruvian rhythms, and Caribbean ritmos.

Tosello sang her first professional concert at the age of 8 in her hometown of Córdoba in the heart of Argentina. Tango, the best-known music of her homeland, has always been a part of her musical life. She remembers her father listening to tango on the radio and her niñera singing tangos to her as a child. Jazz was also heard in the household, and to the north of the city was the fount of Argentinian folklore, with its zambas and chacereras. When she moved to New York in 1999, it was inevitable that she would encounter even more forms, both Latin American and worldwide.

In 2009 she brought out an album, Alma y Luna (Sunnyside Records), that pulled these traditions together, prompting Jazz Times to write: “the purity of her voice is matched by the vibrancy of her emotional palette and inventiveness of her cross-cultural technique”. A year later, she collaborated with Julio Santillan on Un Instante, Tribute to Borges (JS Records), and in 2011 she and Yuri Juárez formed Tangolandó, which combines the tango of her homeland with the rhythms of Juárez’s native Perú. Tangolandó came out as an album in 2012 and has been performed at venues including Joe’s Pub, the Blue Note, and Lincoln Center in New York, Old Town School of Folk Music in Chicago, and Torquato Tasso in Buenos Aires.

She has performed in tango shows as well as concerts, singing in Recuerdo Tango and Tango Connections: A Love Story by Mariela Franganillo and touring internationally with Polly Ferman’s Glamour Tango. She is attracted to tango because it lets her sing the way she talks in life. “The fullness and affective depth of Tosello’s interpretations,” writes one blogger, “remind me more forcefully with every hearing … that singing and acting are in some way sister arts, that less leads to more in each, and that tango is the drama and the tragedy of a life lived between nostalgia and hope” (osburnt.com).

Even as she releases and tours Lluvia Fue, Tosello continues to collaborate with artists such as Franco Pinna and Pedro Giraudo, in addition to Júarez. Her vocals have been heard on more than a dozen albums and at hundreds of live performances, the material ranging from jazz to ladino to Cuban son. Among the musicians she has performed and recorded with are Chuño, Pedro Giraudo Jazz Orquestra, Octavio Brunetti, Horacio “El Negro” Hernandez , Guillermo Klein, Aquiles Báez, Guy Mendilow, Tatum Greenblatt, Emilio Solla, Polly Ferman and Glamour Tango, Mariella Franganillo Dance Company and Recuerdo Tango, and many others. In 2011 and 2012 she taught vocal technique, jazz improvisation, music theory and Latin American rhythms and songs, at the Swarnaboohmi Academy of Music in Chennai, India, and in 2016 she was the vocal teacher at Tango for Musicians and Composers at Reed College.

What students and teachers say about Sofia: