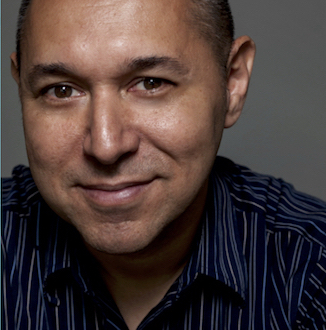 I believe in the power of art, particularly storytelling, the power of communication, expression and transformation. I believe art can and will continue to positively contribute to and develop societies and cultures. I believe that we are all capable of making change in our immediate community and around the world by accessing emotion and connecting our senses to our deepest beliefs, values and traditions. These were instilled in me at a young age.

I was born in Mexico, my mother is from Peru and my father is from Germany. As a child I excelled at playing classical piano, rock guitar, songwriting, singing and acting on stage. After high school I went to Oberlin College, because of their excellence in music and theatre arts programs, but also because of their historical dedication as a community to social justice and gender and race equality. While I was spending a lot of time practicing and rehearsing for performances in high school, I was also engaged in my community. I helped organize protest marches, I wrote letters and campaigned with Amnesty International at a time when there was Apartheid in South Africa and American military intervention in Iraq. I traveled to Russia and the Ukraine and met with local politicians and community organizers in an effort to end the Nuclear Arms Race. I volunteered for a local bilingual theatre to support my Latino arts community. And I helped facilitate workshops on race and gender discrimination for high school students.

After college, I discovered that I, or anyone for that matter, could use art as a form of expression and storytelling that could affect an audience’s point of view or even change their hearts and minds, their politics and their actions. I became a professional actor, a hip-hop artist and a documentary and narrative filmmaker. I travelled the country and performed on stages in over 40 states. I worked with organizers and educators, hip-hop activists and progressive artists and began to use my art to make bold statements, to tell my story, to express the feelings and conflicts of my generation, and to be a part of the leadership in the world that helps magnify the voices of those that go unheard, ignored and/or unanswered.

Sometimes, that voice is your own or that of your family, friends or neighbors. And I’m really excited to teach, collaborate with and learn about you, your story and what your voice, through the power of art will bring to the world.

What students and teachers say about Mauricio: