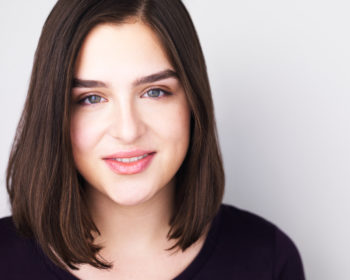 I am a theatre artist, comedian and educator with a passion for movement and storytelling. After years of very heady acting training, I craved a way for my body to express exactly what I was feeling. This when I discovered and fell in love with clowning. I know what you’re thinking, and no I’m not talking about birthday clowns with the big red noses and balloon animals! I mean using your body in performance to tell stories. I began studying and performing different forms of theatrical clowning. I studied commedia dell’arte, devising, Lecoq and masks. I began to realize that in my art I could use my joy, sorrow and every feeling in between, all of myself, as a gift for the audience.

Though now based in New York, I grew up on a farm in Virginia with lots and lots animals. I think they were the first ones to witness my early performances and comedy routines. I soon became aware that people were often laughing at what I said or did. And humor became a way for me to connect and empathize with those around me.

As a teaching artist, I bring my background in physical theater and clowning to my students with the hopes that they will be able to express themselves more effectively and completely. I view this work as a vessel for connection, imagination, community building, communication, teamwork and the sense of empathy. I hope for my students to feel more confident in themselves, the stories they tell, and that which they have to offer the world.

What students and teachers say about Katelyn: