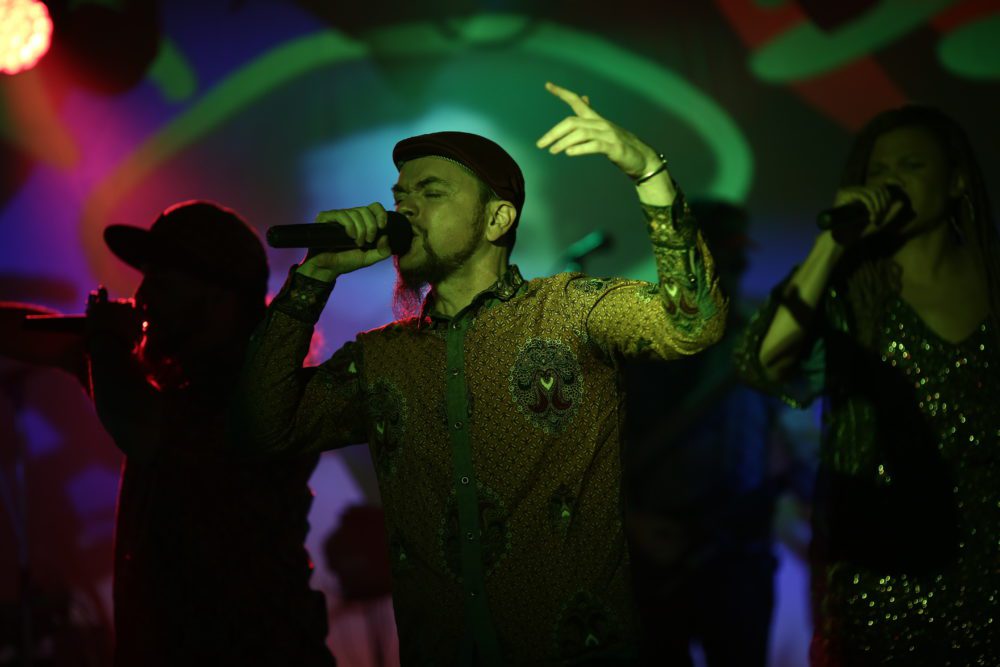 Baba Israel is a Hip Hop/theater ​artist, poet, educator and consultant raised in New York by parents who were core members of the Living Theatre. He has toured and developed projects in thirty four countries, often working as a cultural ambassador. Baba is part of Bronx Banda with  Arturo O’Farrill and has shared the stage with artists such as KRS ONE, Lester Bowie, Outkast, Bahamadia and Medusa. He is a teaching artist in the areas of Hip Hop, music production, spoken word and theater. He works with City Lore and organizations such as BAM, Piano Slam, and Arts Horizons.

He is a core member of Hip Hop/Soul project Soul Inscribed who recently completed the American Music Abroad program and released their second album Tune Up on Tokyo Dawn Records.  He holds an MFA in Interdisciplinary Arts from Goddard College and is the Artistic Director of the Performance Project based at the University Settlement. His newest production will premiere in 2022 as part of The Prototype festival produced by HEREl at the Ellen Stewart Theater at La Mama.

What students and teachers say about Baba:

Baba teaches a lesson in beatboxing.